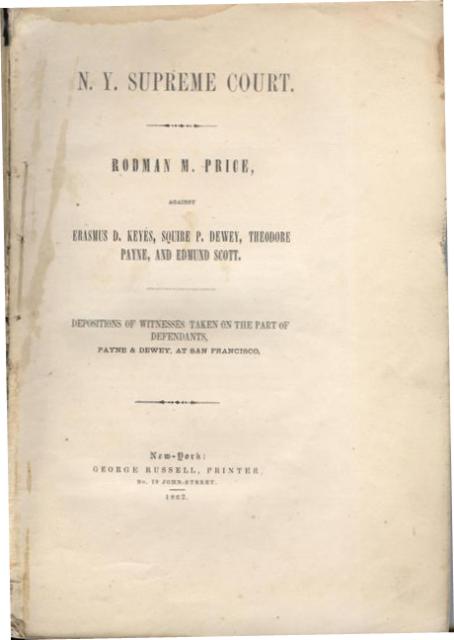 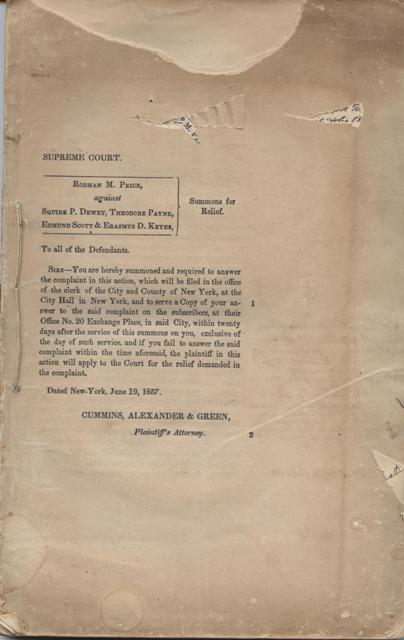 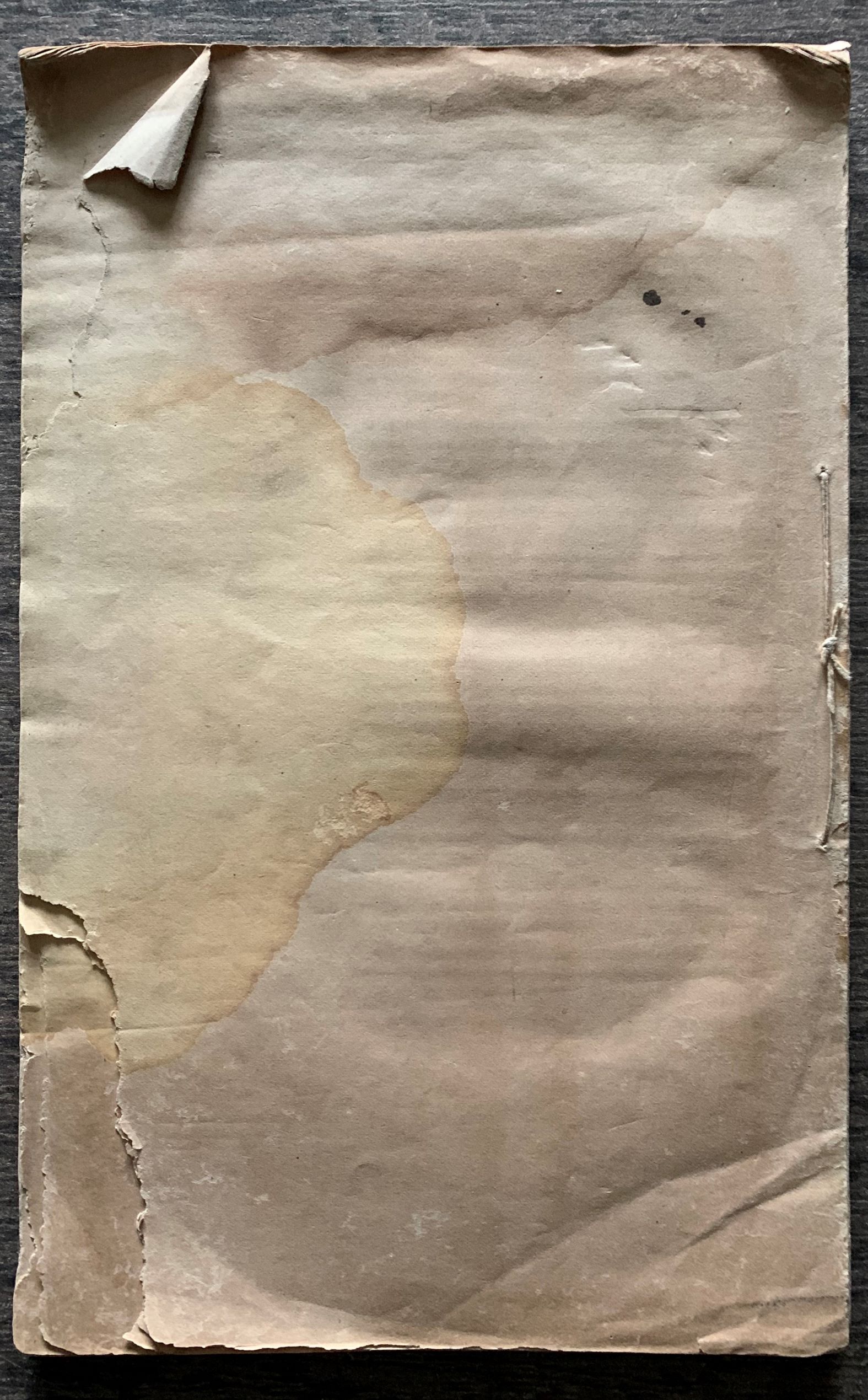 2 Volumes. 119 & 265 pp.; 4to; original stitched wrappers. (See Rocq 11045). Wrappers chipped, somewhat soiled and stained. Vol. I with chunk out of cover page at upper margin, and two pieces likewise on back. Light dampstain to back through to page edges, not affecting text. Backstrip of vol. II half missing but stitching keeps both volumes firm.

In this 1857 New York Supreme Court case involving San Francisco real estate, plaintiff Price contended that while defendant Keyes had power of attorney over Price's San Francisco property conspired with the other defendants to defraud Price by arranging a sale to Dewey and Payne at well below the market value, for which Keyes and Scott received a substantial bribe but Price received nothing. This occurred while Price wason the Atlantic coast and, according to Price, in violation of the terms of the power of attorney. The first volume includes Price's original and amended complaints as well as the defendants' affidavits with exhibits. The second volume is given over to depositions by James T. Boyd and Jonathan D. Stevenson, San Francisco lawyers and investors in real estate whose testimony gives a detailed picture of the San Francisco real estate market in the early 1850s when the disputed sale of Price's property took place. Of particular interest are extensive marginal annotations to the complaint in volume one. These notes were presumably made by one of the defense attorneys in the case as the stated values of most parcels of Price's land are disputed with comments on the lots being occupied by squatters or claimed under Mexican grants. The second volume is more lightly annotated and bears an ownership name of attorney S. E. Lyons, Esq. on the front cover. These two volumes leave an incredibly visceral impression of San Francisco's heyday, a furious beehive of real estate speculation that some might say has never abated. Here are the origins.Rodman Price was the purser on the Sloop-of-War, Cyane in 1842 when the American flag was prematurely hoisted at Monterey. See also: Cowan II, p. 484. Pickett, Charles Edward. Land-gambling versus mining-gambling. An open letter to Squire P. Dewey, relative to his participation in the land-gambling of San Francisco in early days, from one who knows . . ."