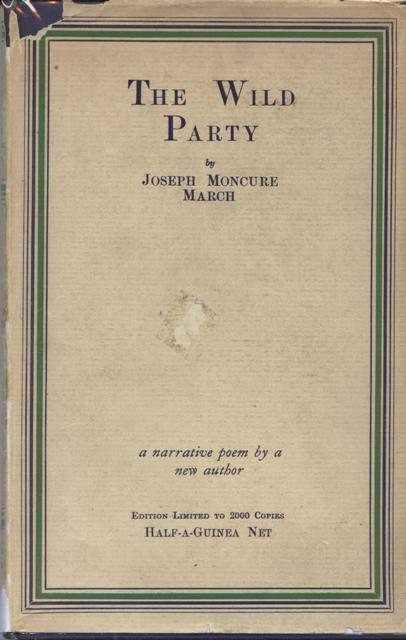 Joseph Moncure March (July 27, 1899 New York City - February 14, 1977 Los Angeles, California) was an American poet and essayist, best known for his long narrative poems The Wild Party and The Set-Up. After serving in World War I and graduating from Amherst College (where he was a protégé of Robert Frost), March worked as managing editor for The New Yorker in 1925, and helped create the magazine's "Talk of the Town" front section. After leaving the magazine, March wrote the first of his two important long Jazz Age narrative poems, The Wild Party. Due to its risqué content, this violent story of a vaudeville dancer who throws a booze and sex-filled party could not find a publisher until 1928. Once published, however, the poem was a great success despite being banned in Boston. [Wikipedia]