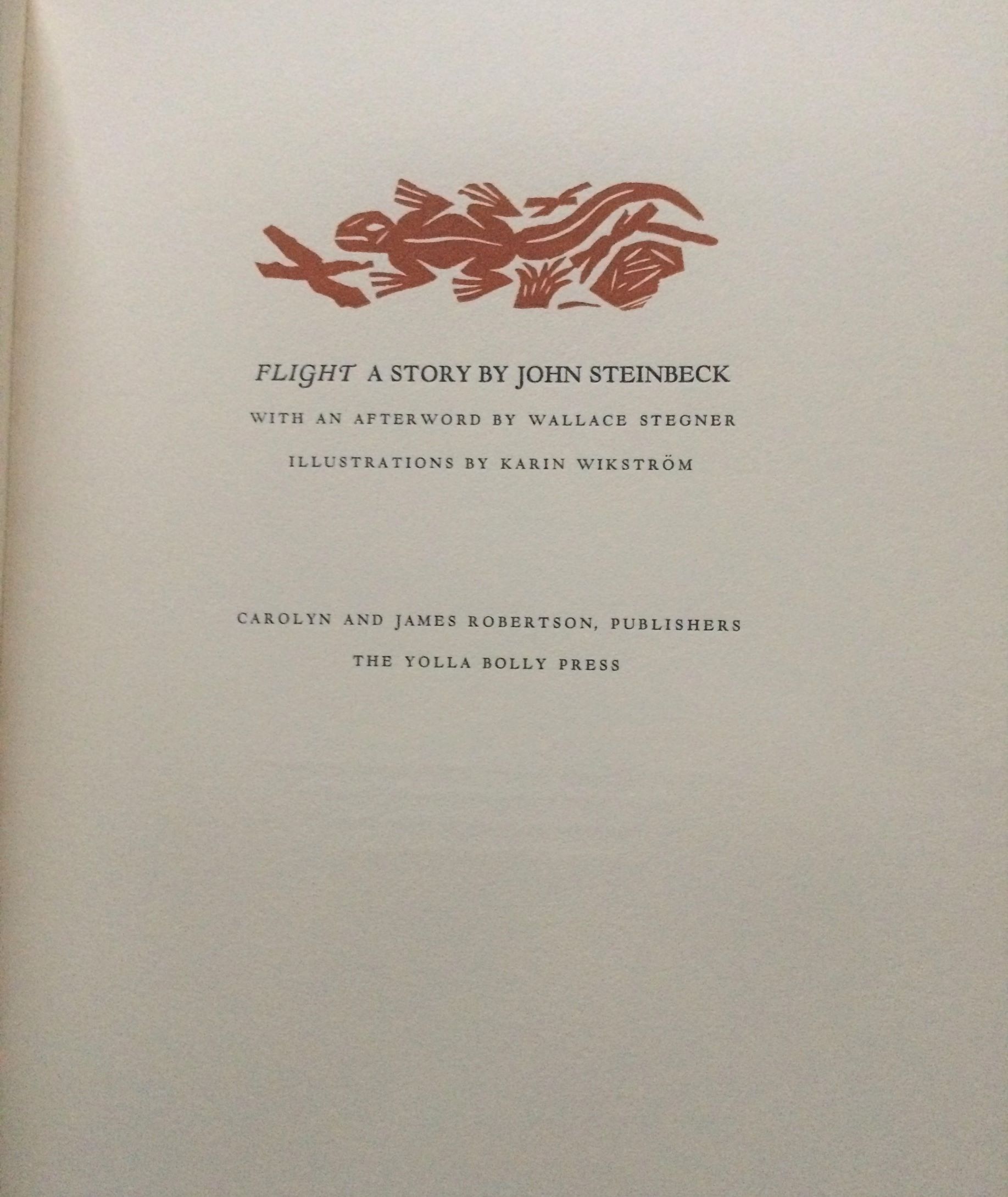 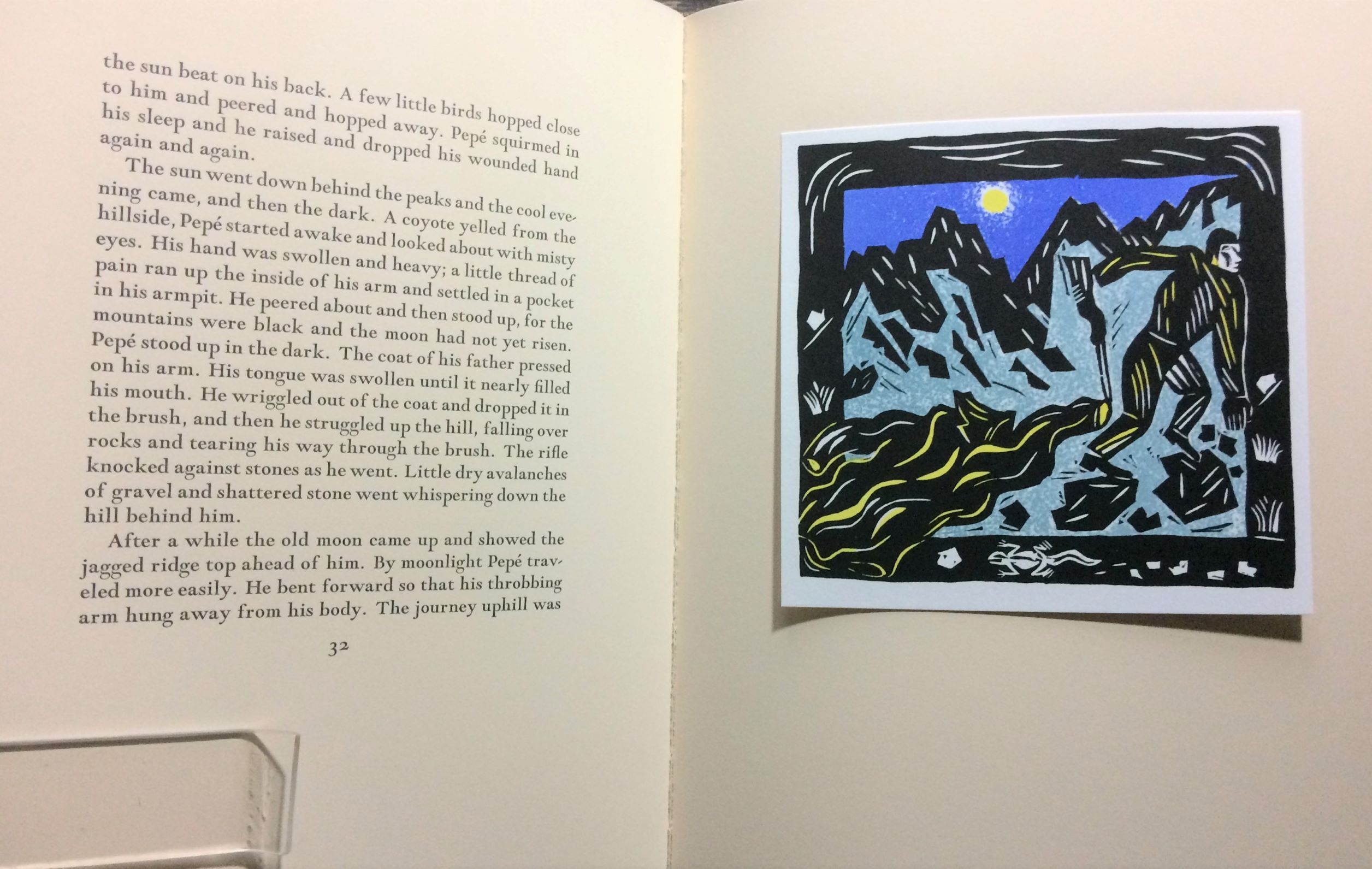 250 numbered copies and 13 lettered copies of which this is lettered K; signed by Wallace Stegner who wrote the afterword, and Karin Wikstrom who produced six blocks to illustrate the text. 64 pp.; large folio; type set by hand in eighteen point Goudy Modern; printed letterpress on mouldmade paper made by Cartiere Enrico Magnani in Pescia, Italy. The black impression for each illustration was made direct from the artist's blocks and printed over lithographed color. These were tipped in by hand onto the text pages. Ms. Wikstrom also produced a number of blocks for page decorations. Bound in boards covered with Dutch linen, handscreened with a decorative design. In slipcase, publisher's prospectus included.

Steinbeck regarded the heavily forested Santa Lucia Mountains west of his native Salinas Valley with half-fearful awe. "Curious, secret mountains" he called them. Flight is a story of these mountains, a dark story, and a mysterious one, cutting deep into California's troubled past. [from the prospectus]