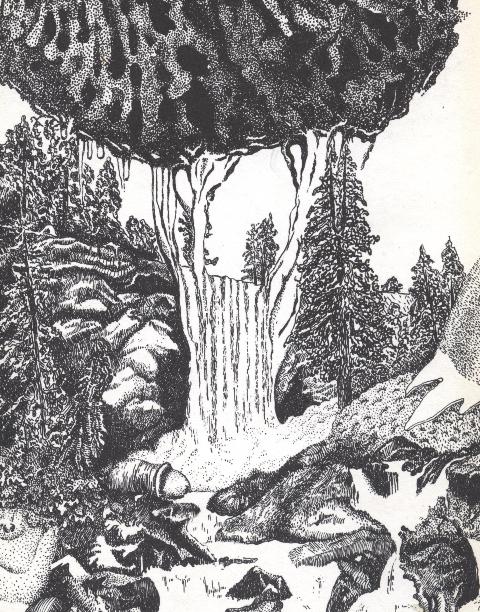 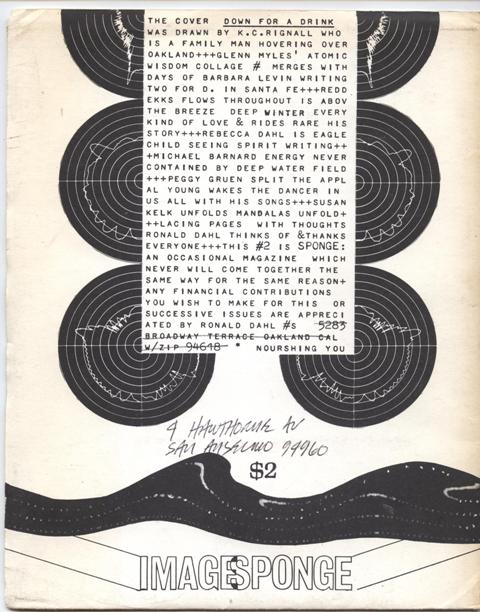 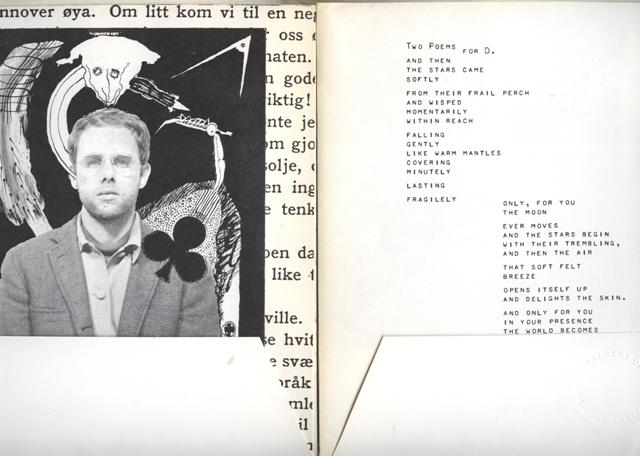 Imagesponge: #2 Sponge. An occasional magazine which will never come together the same way for the same reason . . .

Two 17"x13.75" sheets, printed & illustrated on both sides; folded twice and housed in folding portfolio with illustrated cover, "Down for a Drink" by K. C. Rignall, and printed poems and graphics on inside panels. Each folded sheet functions as a booklet with illustrations and poems each page. Unfolded, one side of each sheet is printed & illustrated full page: i.e., one sheet has the poem Loneliness printed down the left side of the sheet with facing graphic; the other sheet is a full page mandala. The back of the portfolio contains contributor and imprint information, with the place, Broadway Terrace, Oakland Cal, crossed out in pen, and 4 Hawthorne Av, San Anselmo written below. Portfolio with light tanning to extremities and two small (less than a dime) light spots near spine front cover; interior of portfolio with darker strip of tan down vertical fold crease. The first sheet mentioned above is fine; the second has light tanning mainly to the vertical fold crease down one whole side of the sheet. Finally, there is former owner's blind stamp: "Library of Patricia Lamerdin." Assumed to be Patricia Carr Lamerdin, (1926-2009), a well known Bay Area potter, painter, gallerist, and world traveler.

Title: Imagesponge: #2 Sponge. An occasional magazine which will never come together the same way for the same reason . . .

Imagesponge: #2 Sponge. An occasional magazine which will never come together the same way for the same reason . . .