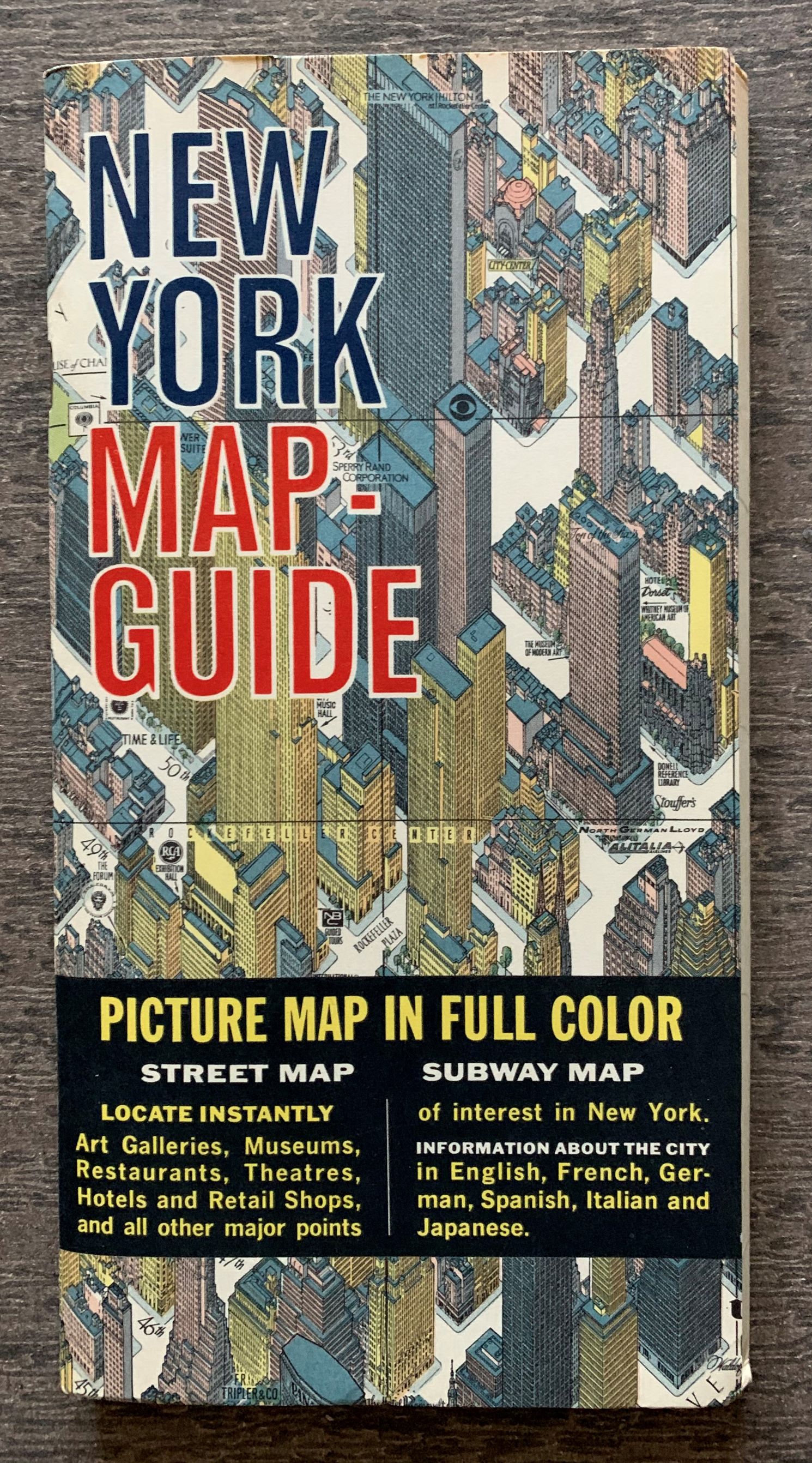 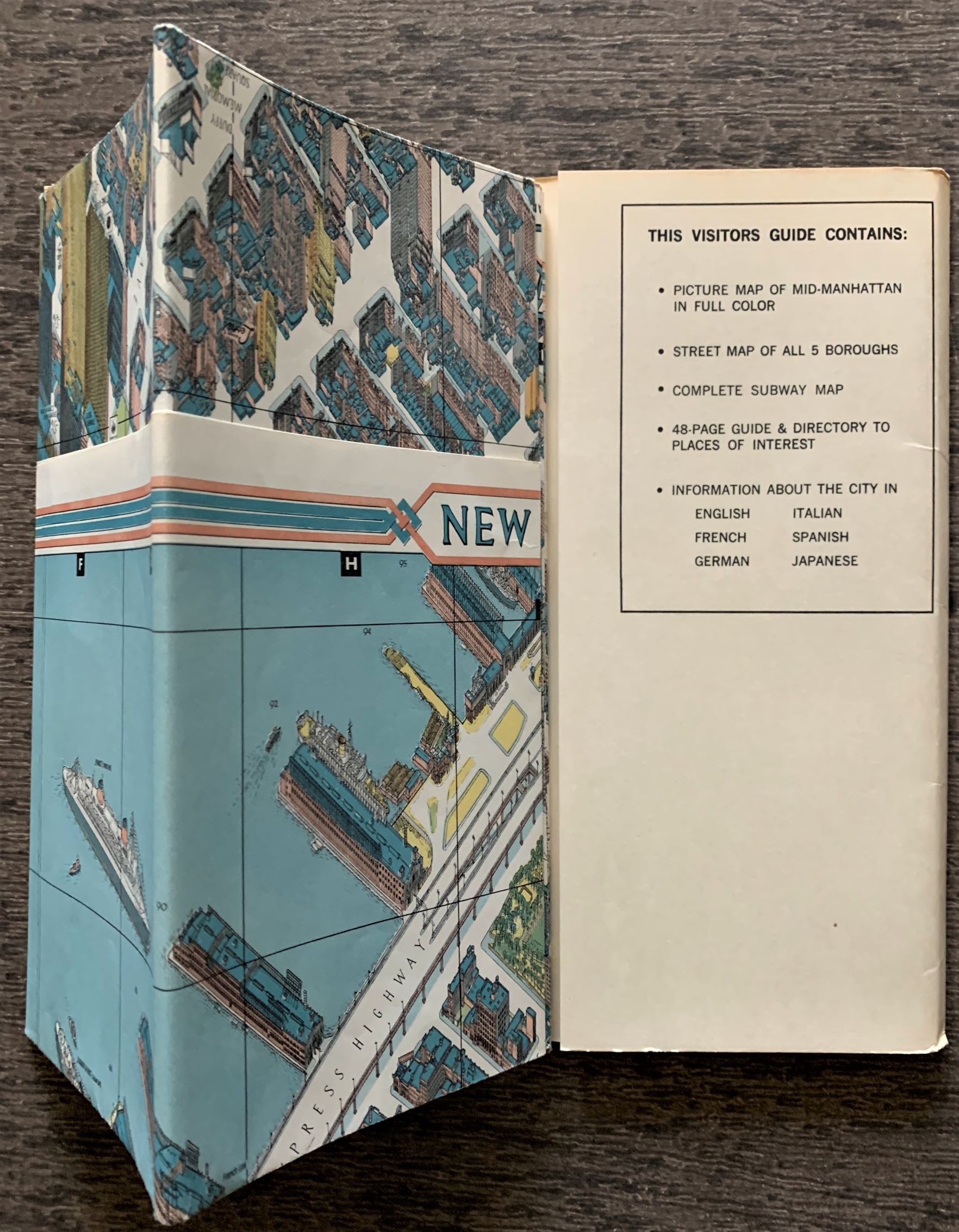 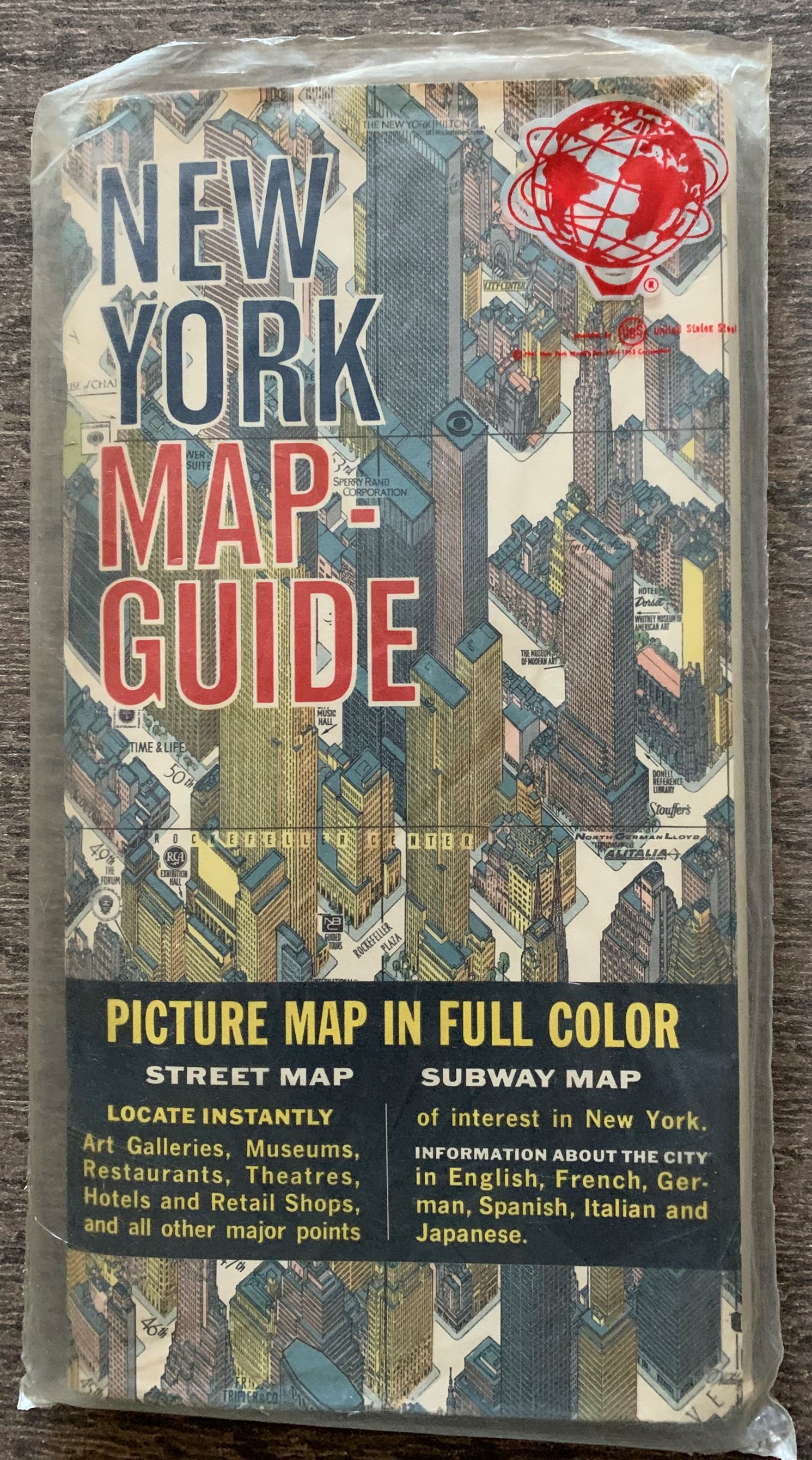 Description from inside front cover: "This picture map, or bird's-eye-view, of New York is the first such map to be drawn of the city since 1866. Although little reference information is available, it is believed the technique was used in Europe as early as the 15th Century; and it is further believed that this type of cartography was fully developed as an art form, called Vogelschaukarten, by German artists of the middle and late 19th Century. / Obviously the problems faced by these earlier artist cannot be compared with the difficulties encountered in creating this map of New York City. the artist, logically enough, is Hermann Bollmann of Braunschweig, Germany. Before World War II he was a well known woodcarver and an engraver. Since 1948 he has drawn thirty-nine similar maps of European cities. / For this map of New York his staff has designed and built special cameras. They have taken 67,000 individual photographs of the City, 17,000 of these from the air. To solve the problem of skyscrapers and concentration of building, Bollmann has used several unique devices, which remain his secret. Further he has achieved a perspective which gives full effect to the soaring beauty of the City. The map is drawn with exact accuracy to the smallest detail. And in this age of automation, Bollmann's cameras are his only compromise with the present. All the actual drawing is done by hand"