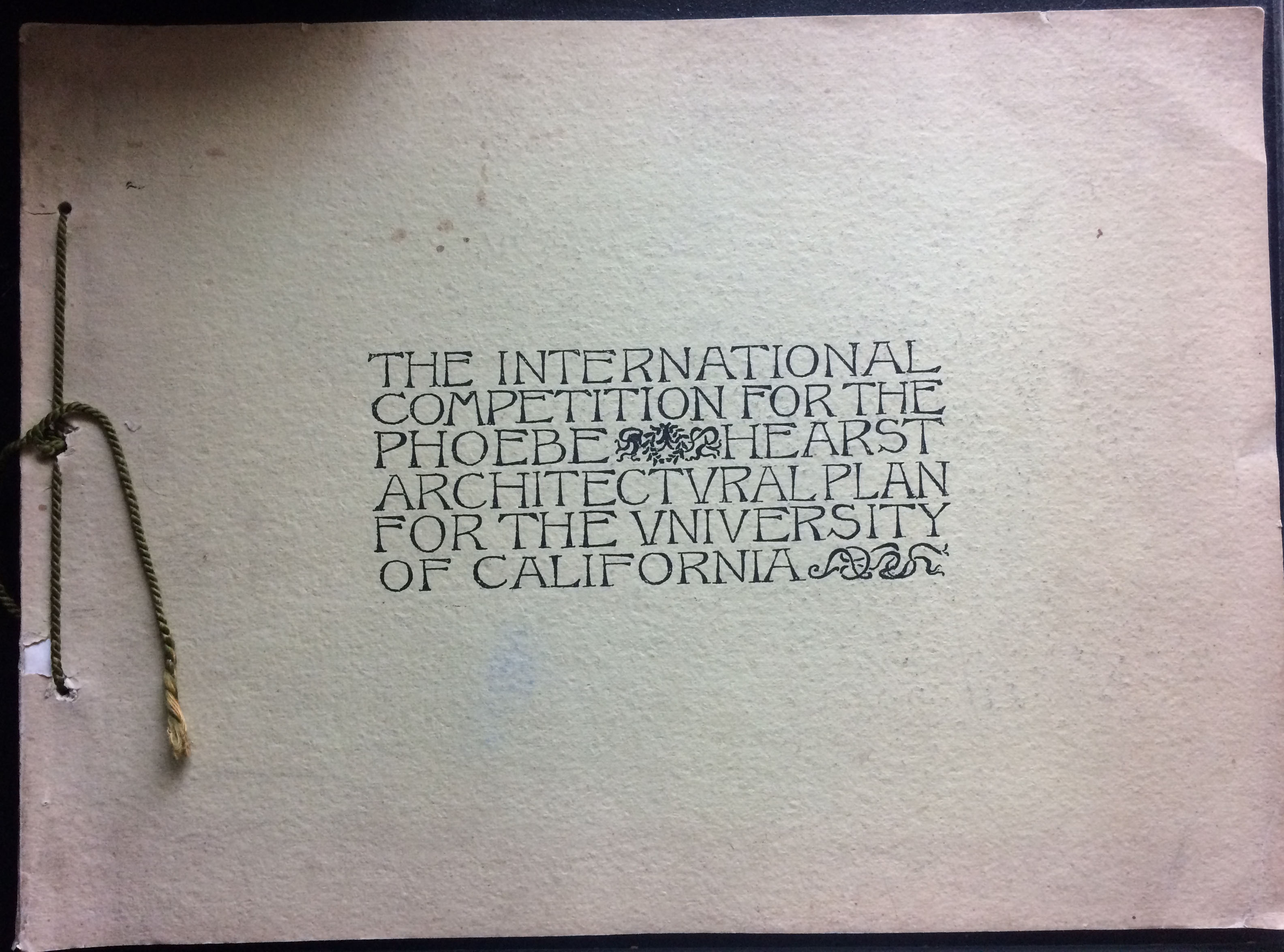 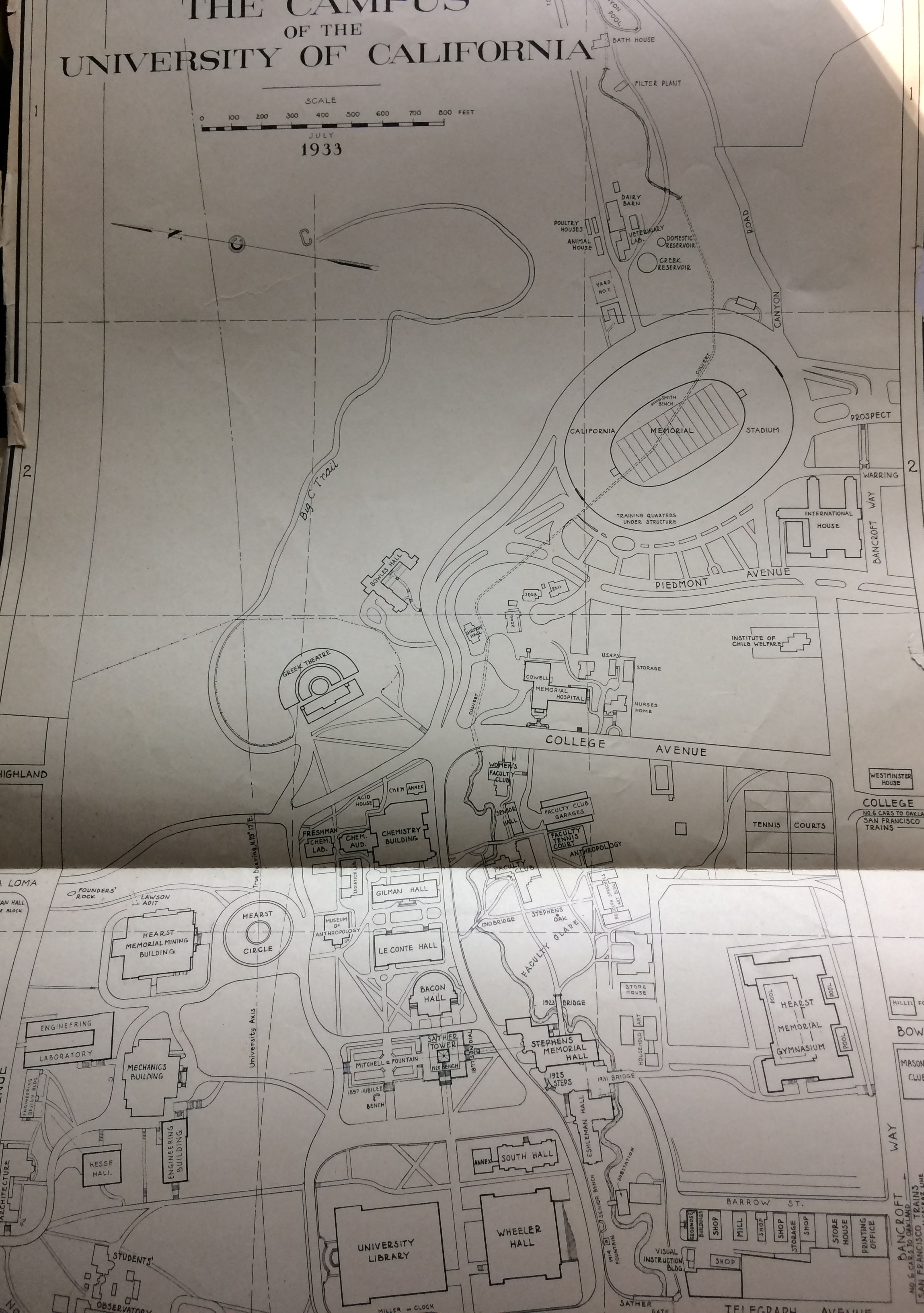 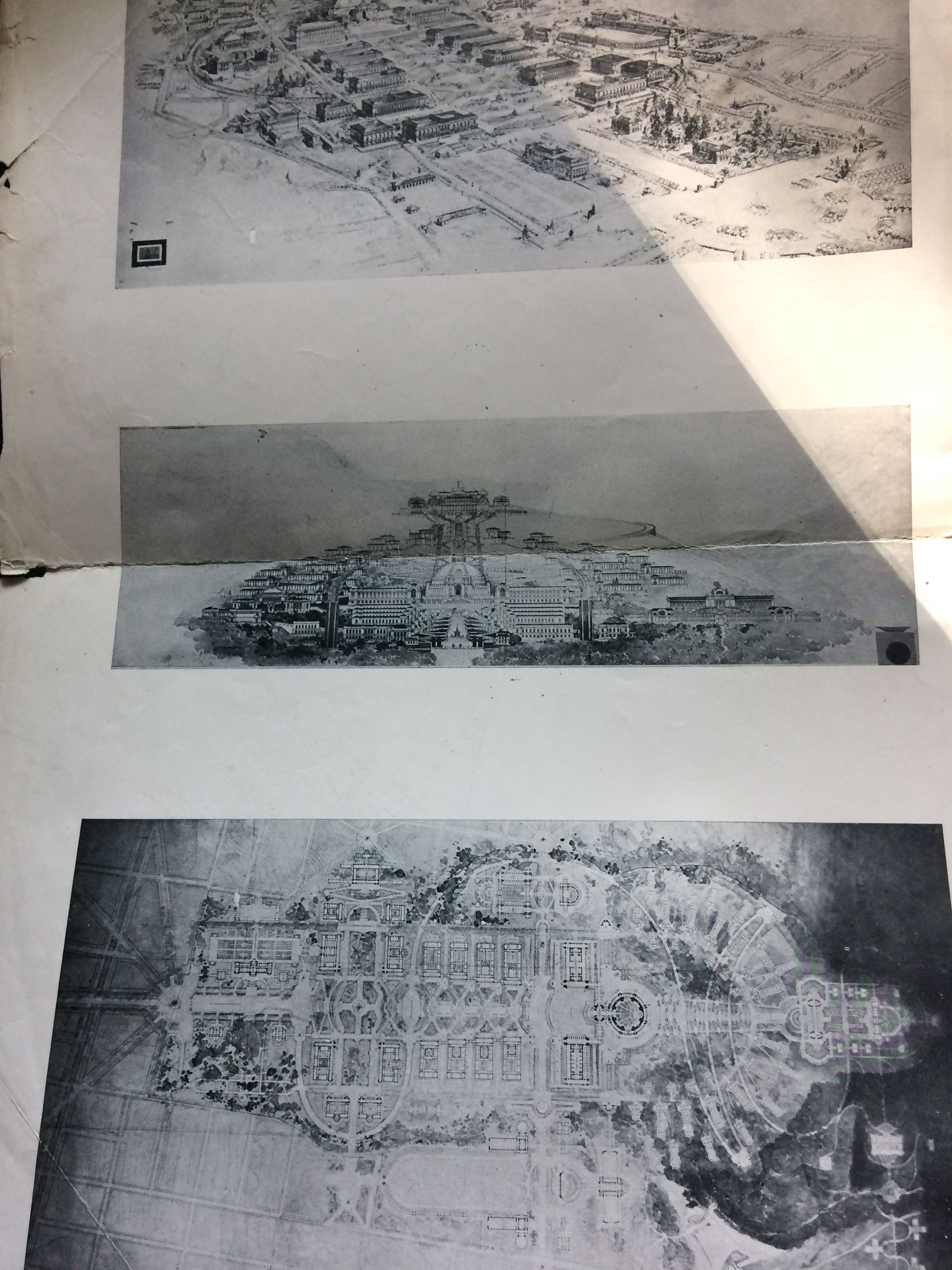 The International Competition for the Phoebe Hearst Architectural Plan for the University of California.

By: (UNIVERITY OF CALIFORNIA, BERKELEY).

Oblong 4to. (10 x 14 inches). 152pp.; original printed wrappers, stabbed & tied at inner margin. Profusely illustrated with photographic plates, drawings and plans including a portrait of Mrs. Hearst, portraits of the six members of the jury, 3 shots of the jury deliberating on the site. Laid in is a folded 23" x 10", 1933 map of the campus and a 19" x 13.5" folded section from California Architect and Building News, illustrating the General Elevation and Plan, 4th Prize Design - Howard and Cauldwell, Architects. Covers soiled.

A record of the Hearst competition for the Berkeley campus reproducing 110 drawings and giving an historical account of the competition, the final programme, the report of the jury, the secretary’s report, etc. Reproduces a series of drawings by the winner Benard; also second prize by Howells, Stokes and Hornbostel, third prize by Despradelle and Codman, fourth prize by Howard and Cauldwell, fifth prize by Lord, Hewitt and Hull and a series of other deigns by Whitney Warren, Herr Rudolph Dick, J. H. Freedlander, and others.

Title: The International Competition for the Phoebe Hearst Architectural Plan for the University of California.

Publisher: San Francisco, The Trustees of the Phoebe A. Hearst Architectural Plan: (1899)

The International Competition for the Phoebe Hearst Architectural Plan for the University of California.