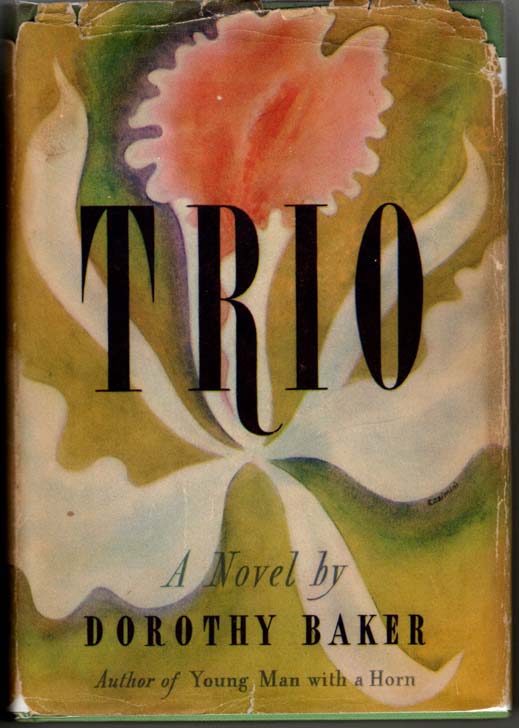 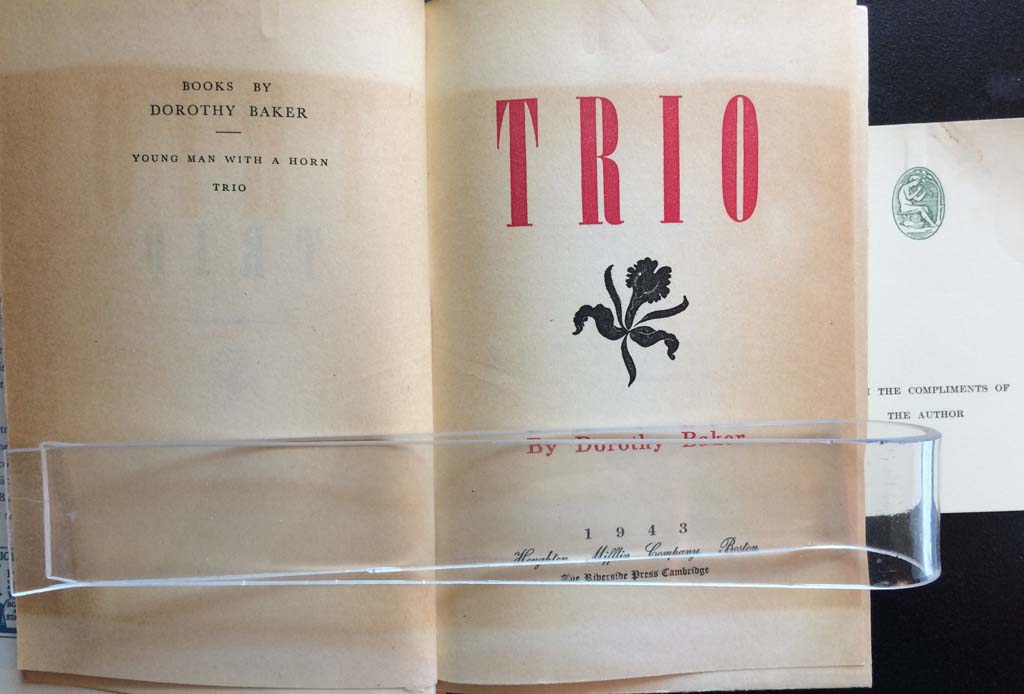 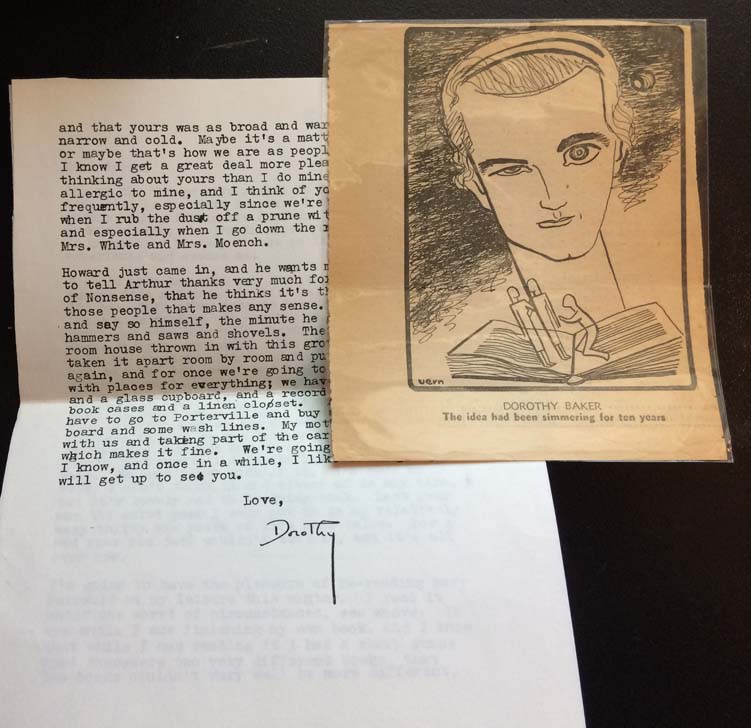 Trio (with two page copy of a t.l.s. by the author to fellow writer Janet Lewis).

8vo; green cloth in dust jacket. Offset tanning from a clipped newspaper caricature of Baker regarding the novel affecting page opposite half-title, verso of half-title, and title page; light soil and wear top edges. Jacket with chips and creases top edge; loss at spine top and top leading corners. Publishers printed, "With the Compliments of the Author" card was paper clipped to top of front endpaper leaving imprint of clip, now laid in.

Dorothy Baker, came to literary prominence with her first novel, Young Man with a Horn, based on the life of cornet player Bix Beiderbecke, which was subsequently made into a movie. In contrast, Trio a relationship novel revolving around Pauline, a professor of French, her assistant and intellectual disciple Janet, and occasional student Ray Mackenzie, which she and her husband, the poet Howard Baker made into a play that was quickly yanked off Broadway because of its lesbian theme. In this undated two page, and what appears to be a copy of a typed letter from Terra Bella, California to Janet Lewis, author of The Wife of Martin Guerre and other novels, Baker catches up after a "long time" relating the birth of birth of another baby "it was a girl, another girl . . . And next, Howard has retired from teaching, for good, he thinks, and we have bought an orange grove here . . . the hope is that we can live on a combination of oranges and our wits and have a good life. Certainly that wouldn't describe the life in Cambridge, Mass. We were plumb sick of it." Howard Baker's last teaching position appears to have been at Harvard 1937 to 1943. He had befriended the poet and teacher Yvor Winters while attending Stanford before pursuing further studies in Paris at the Sorbonne, where he met, and married Dorothy. Thus the letter, undated but approximately 1943-44, gathers a glimpse of the relationship of four writers, as Janet Lewis was the wife of Arthur Yvor Winters, referred to in this missive as Arthur. Their past social life together would have been in the nineteen thirties when Howard Baker, Lewis, and Winters taught at Berkeley and Stanford. Baker goes on to briefly compare her Trio to Lewis's Against a Darkening Sky, also published in 1943 (here referred to as 'Mary Perrault'), " I had a sharp sense that these were two very different books . . . and that yours was as broad and warm as mine was narrow and cold . . . Howard just came in , and he wants me t tell Arthur thanks very much for The Anatomy of Nonsense, that he thinks its the only book on those people that makes any sense."

Title: Trio (with two page copy of a t.l.s. by the author to fellow writer Janet Lewis).

Trio (with two page copy of a t.l.s. by the author to fellow writer Janet Lewis).