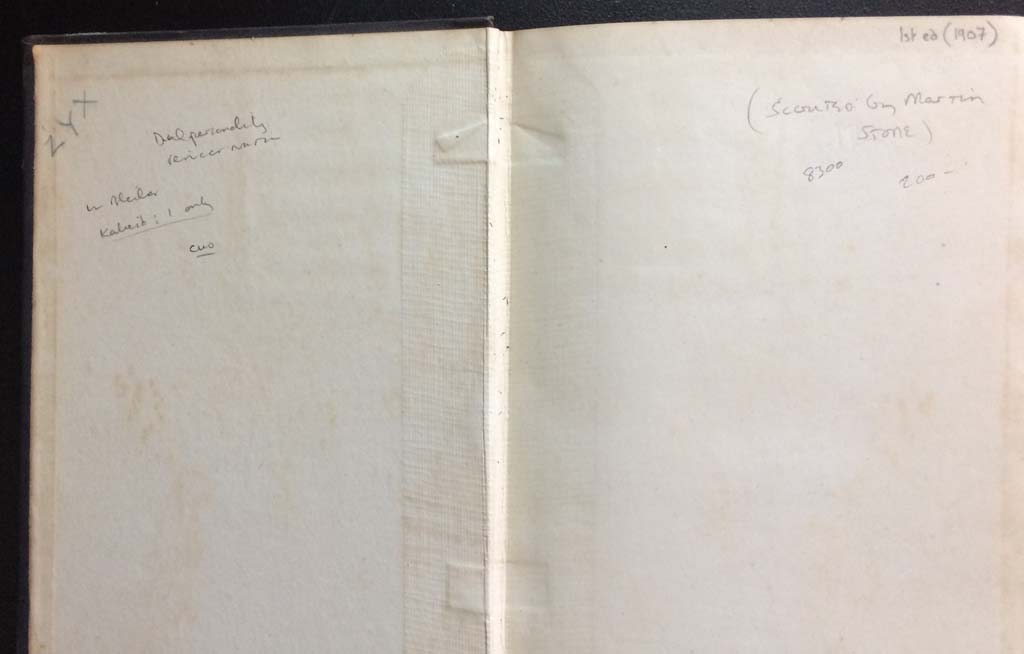 The Sundered Streams. The History of a Memory that Had No Full Stops.

397 pp., 16 p. ads; 8vo; black cloth lettered in gilt. Moderate wear to covers mainly at corners with leading corner tips just rubbed through; minor tanning to endpapers with the letters ZYX in faded ink top corner of front pastedown; occasional spots of foxing at foredges; other small pencil notes on front endpaper by the late Ian Jackson including: "(Scouted by Martin Stone)." Stone was a book scout who received a fair amount of national attention. Jackson wrote an article about him for the Book Collector, and both were visitors to Serendipity Books, in Berkeley.

Early writing and only novel by Farrer who became a noted traveler and plant hunter. Ian Jackson when I first met him was a noted hunter of books on botany.

Title: The Sundered Streams. The History of a Memory that Had No Full Stops.

The Sundered Streams. The History of a Memory that Had No Full Stops.