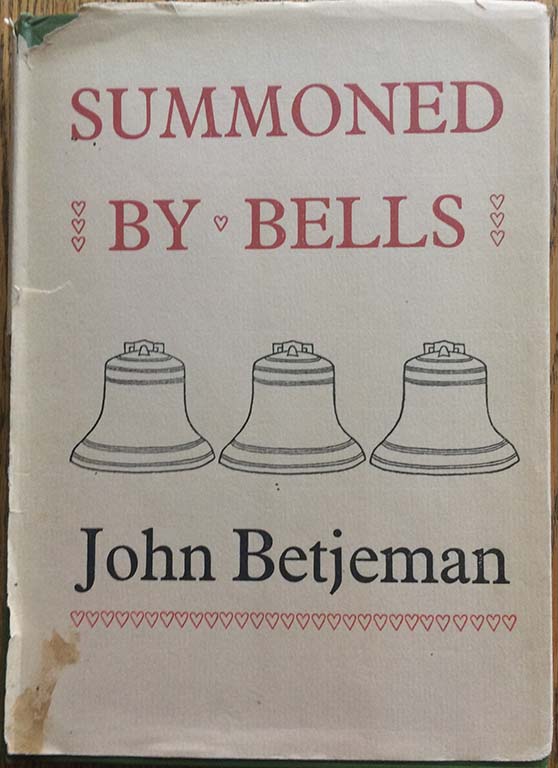 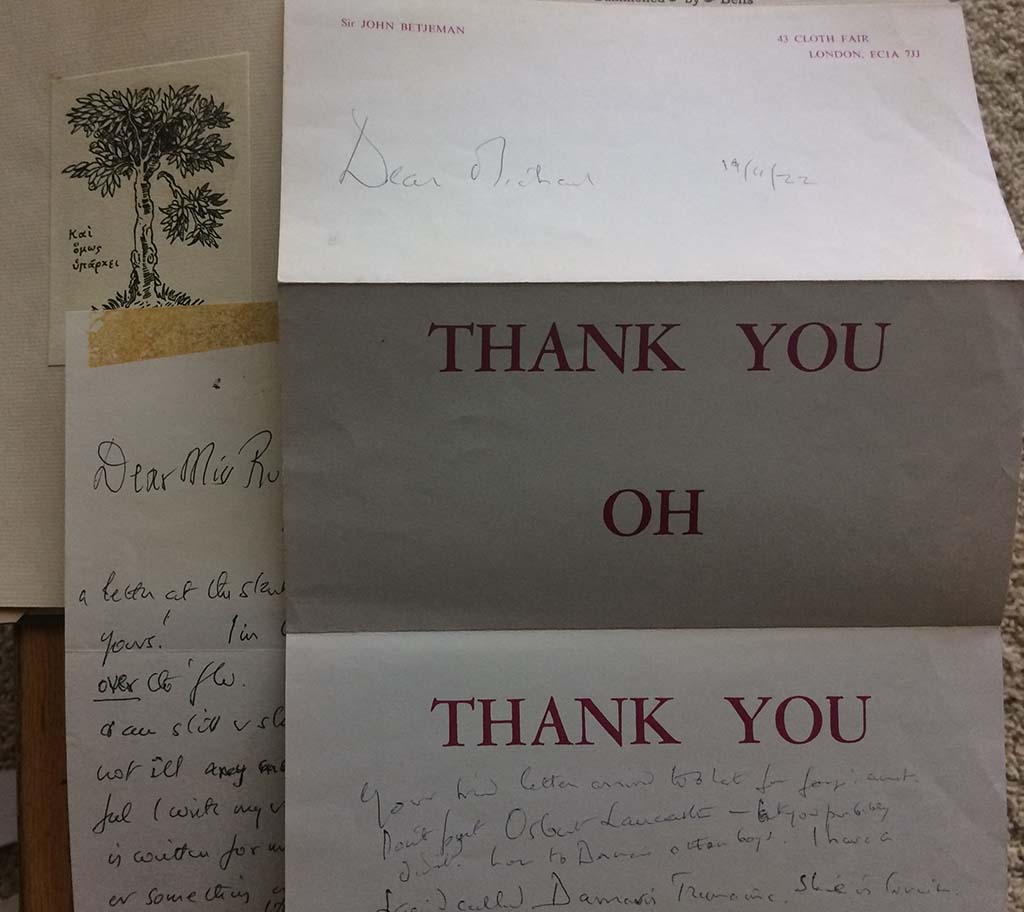 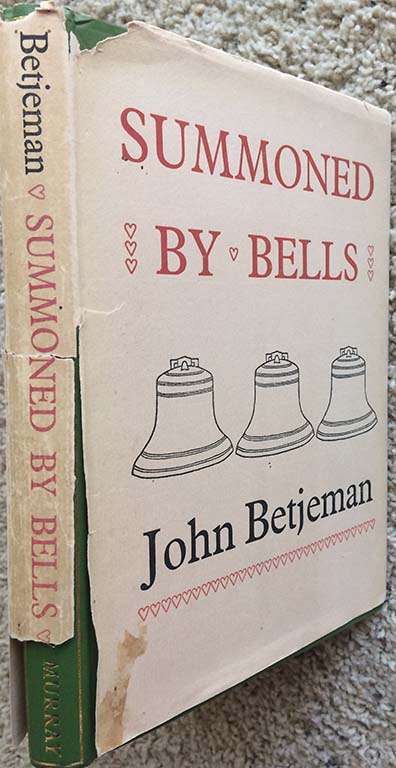 111 pp.; 8vo; green cloth, spine lettered in gilt; covers with decorative bell motif in blind; endpapers also decorated with bells. Bookplate in Greek letters of Sir Michael and Lady Stewart on the verso of free endpaper, causing some offset to half-title; a few pen point marks bottom edge of text-block. In dust jacket with loss of a bit more than half of the spine, chipped at crown, smudge a lower front edge. Two page print out of previous catalog entry from James Fergusson, Books & Manuscripts which I borrowed from liberally for the description of letters.

In white envelope laid in, a.l.s, single sheet folded to 4 pp.; in pencil on letterhead of Hotel Grande-Bretagne, Athenes, Sept. 1, 1969, to Sir Michael Stewart, Britain's ambassador in Athens. "Dear Excellency, What ho glorious peaceful beautiful & fulfilling dinner . . . But this to say that the person who really ought to have Mark's things to distribute & whom I forgot about when all wine talking is the HON KENSINGTON DAVISON . . he was most efficient in Mark's illness and arranged the funeral . . . Mark always used to stay with Ken D. in London..." Mark Ogilvie-Grant was one of the oldest friends of Sir John Betjeman. Nancy Mitford described him on her first meeting as "the most amusing creature she had met for ages, fearfully vulgar & talks with a comic drawl" ; he illustrated her second novel, Christmas Pudding, and they too remained lifelong friends. He was a boyfriend of of Evelyn Waugh's lover Alastair Graham and accompanied Robert Byron on his first trip to Mount Athos. Michael Stewart served as ambassador to Greece from 1967-1971. In Betjeman's second letter to Stewart, 1922 (but 1972) on his letterhead printed, THANK YOU / OH / THANK YOU, is after his appointment as Poet Laureate, "Don't forget Osbert Lancaster, but you probably didn't." He sends his love to Damaris: "I have a friend called Damaris Tremaine. She is Cornish. Is yours? It's a rare name." The third letter on Cloth Fair letterhead: "Dear Mis Ruck, How heartening a letter at the start of 1967 is yours! I'm thankful you got over the flu. I got it myself & am still sleepy with it but not ill anymore. I never feel I write my verse myself, it is written for us by the Management of some thing or persons outside. . ." Suppose it could be Berta Ruck. I also suppose Ian would know.