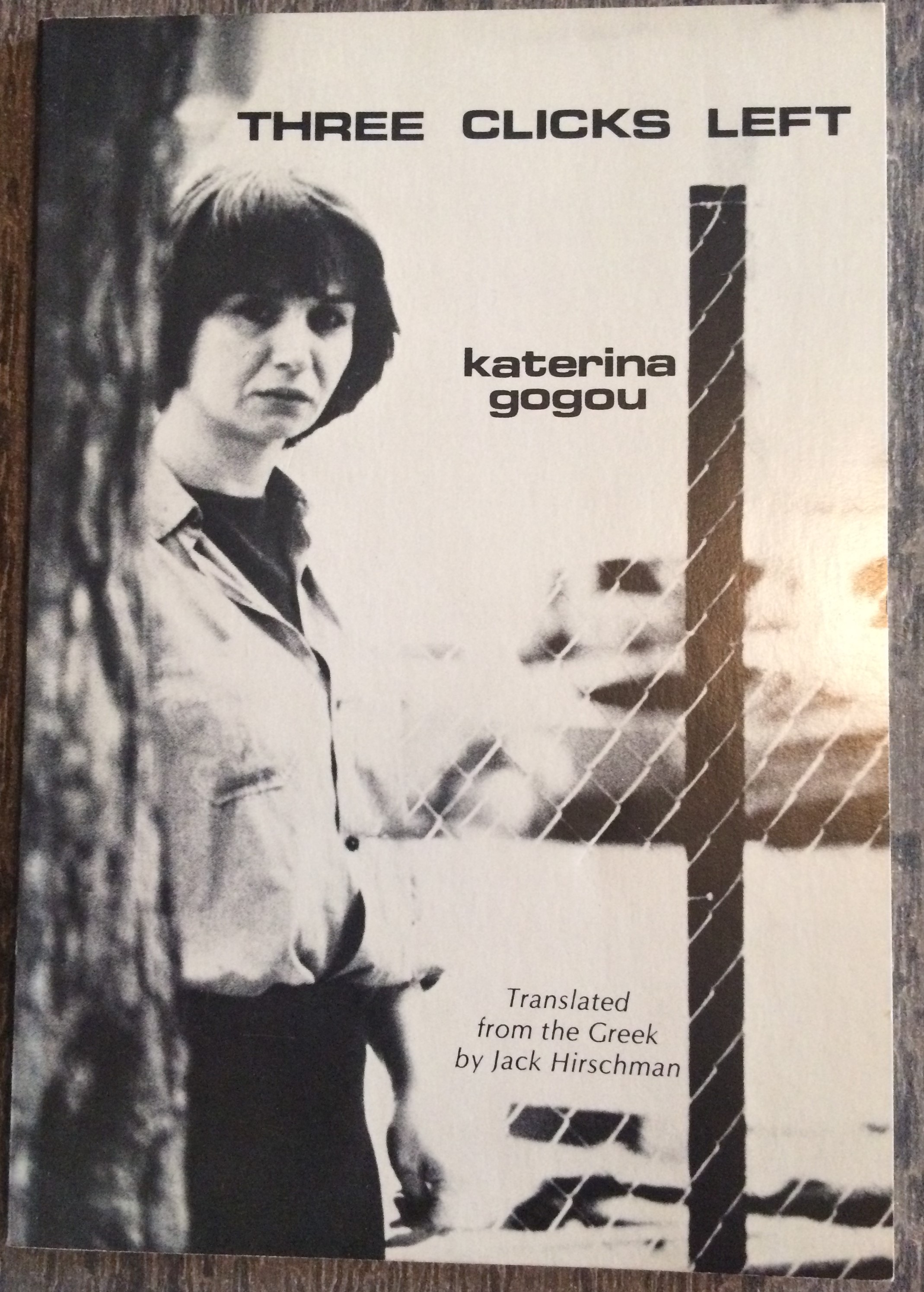 Three Clicks Left. Translated from the Greek by Jack Hirschman.

Born in 1940, Gougou was a Greek poet, author, actress, and performer of trapeze acts in variety shows. Known as an anarchist poet and bete-noir of modern poetry in Greece, she wrote in her biographical introduction to this volume that she belonged to the non-parlimentary left. Hirschman writes, that what struck him was her intense involvement with the Communist Party in Greece, and that the poems here represent that involvement as with "a lover and super-louse whose every imperfection registers in the woman as wickedness, but a wickedness whose virtues are also imbedded in the poet. It is upon such contradictions that the book - based on a definite accuracy in Greek life - is founded. Gougou writes: "I don't know and I don't want to know whether these are poems. All I want is that the dumbness breaks and all the people become poets." Katerina Gougou also appeared in over 30 Greek films before committing suicide by pill overdose at the age of 53.

Three Clicks Left. Translated from the Greek by Jack Hirschman.