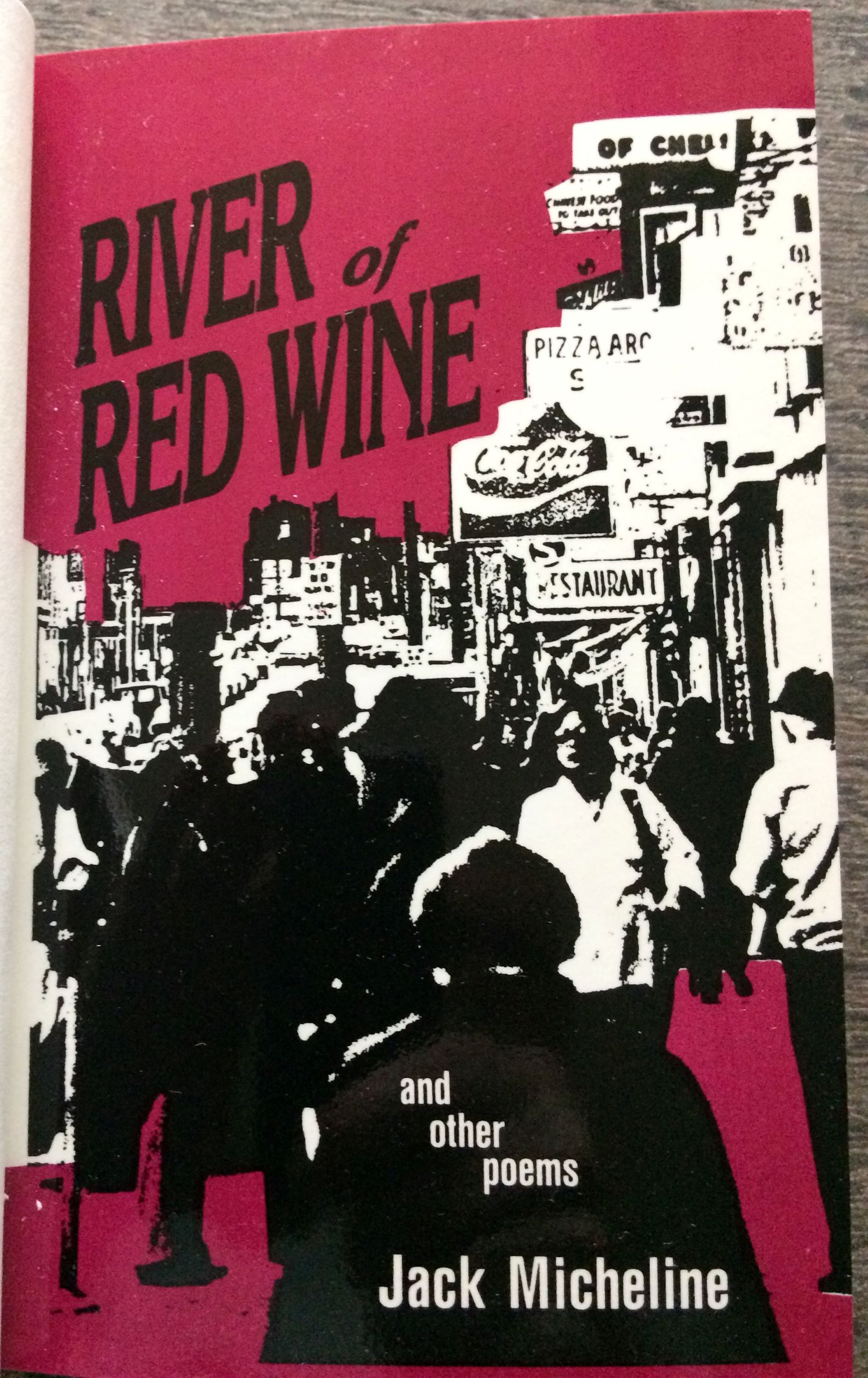 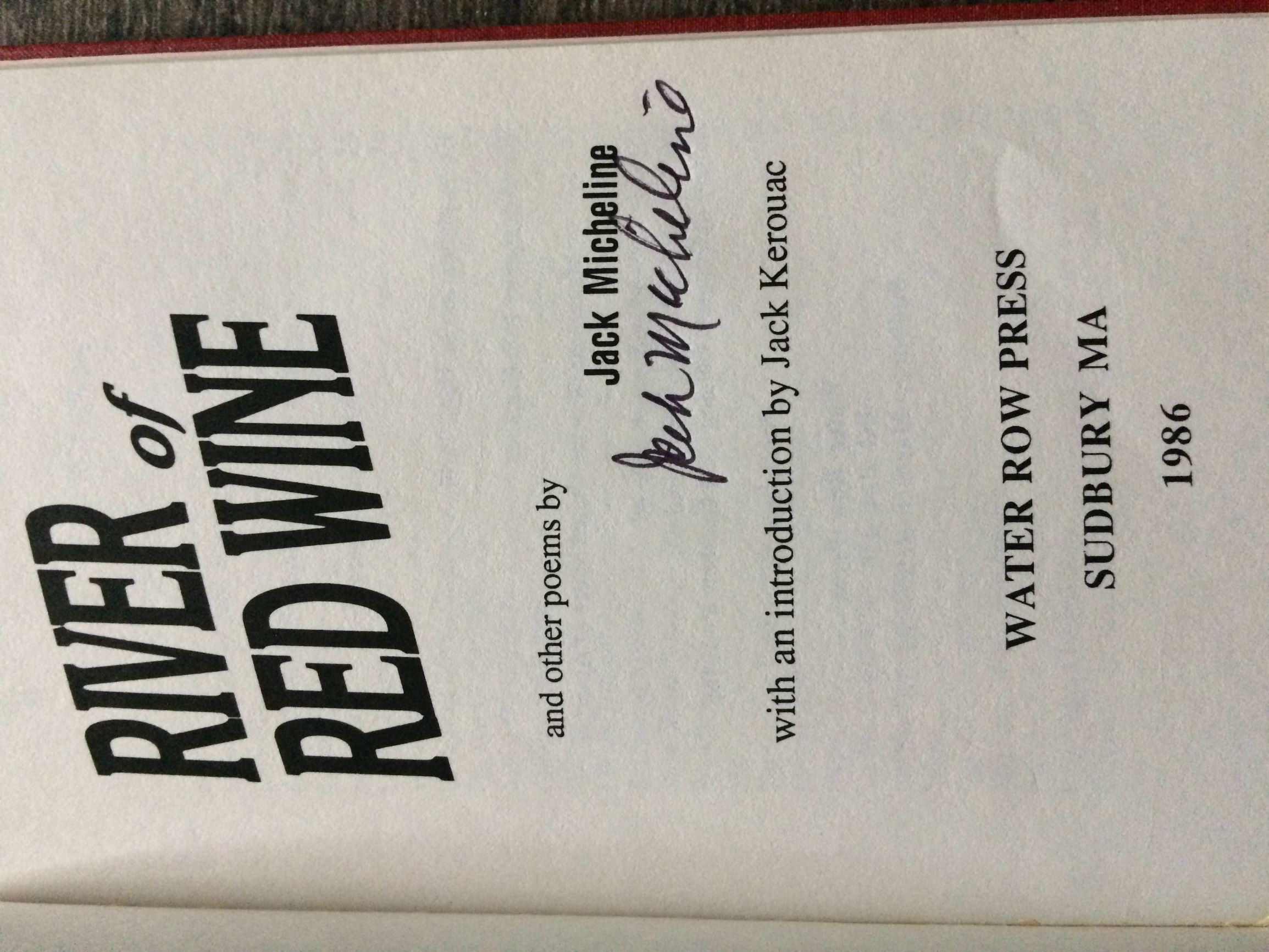 River of Red Wine, and other poems (signed by the author). With an introduction by Jack Kerouac.

No. 5 of 100 numbered copies, signed by Micheline under his name on title page. 49 pp.; red cloth with original illustrated wrappers bound in; spine lettered in gilt.

Jack Micheline, born in the Bronx, 1929 was a poet and painter, starting as a street poet in 1950's Greenwich Village, and from the early 60's on, primarily in San Francisco where he stayed true to the school of the streets. In the late 1980's and on, one would often see him read his work aloud amongst the throngs surrounding the cable car turnaround at Powell and Market. One could also catch him at indoor readings around town, including North Beach and The Mission. One reading in North Beach found him on a stage above the audience; in the front row a long and slender man with close shaved head and bugged eyes sat cross-legged in in the front row right below Micheline, mumbling and pealing an upheld egg rather symbolically. Not the usual North Beach give and take, and when it became too much, Jack stopped, looked down, and barked "You got a problem? Go take a walk in the sun." That was Jack.

Title: River of Red Wine, and other poems (signed by the author). With an introduction by Jack Kerouac.

River of Red Wine, and other poems (signed by the author). With an introduction by Jack Kerouac.