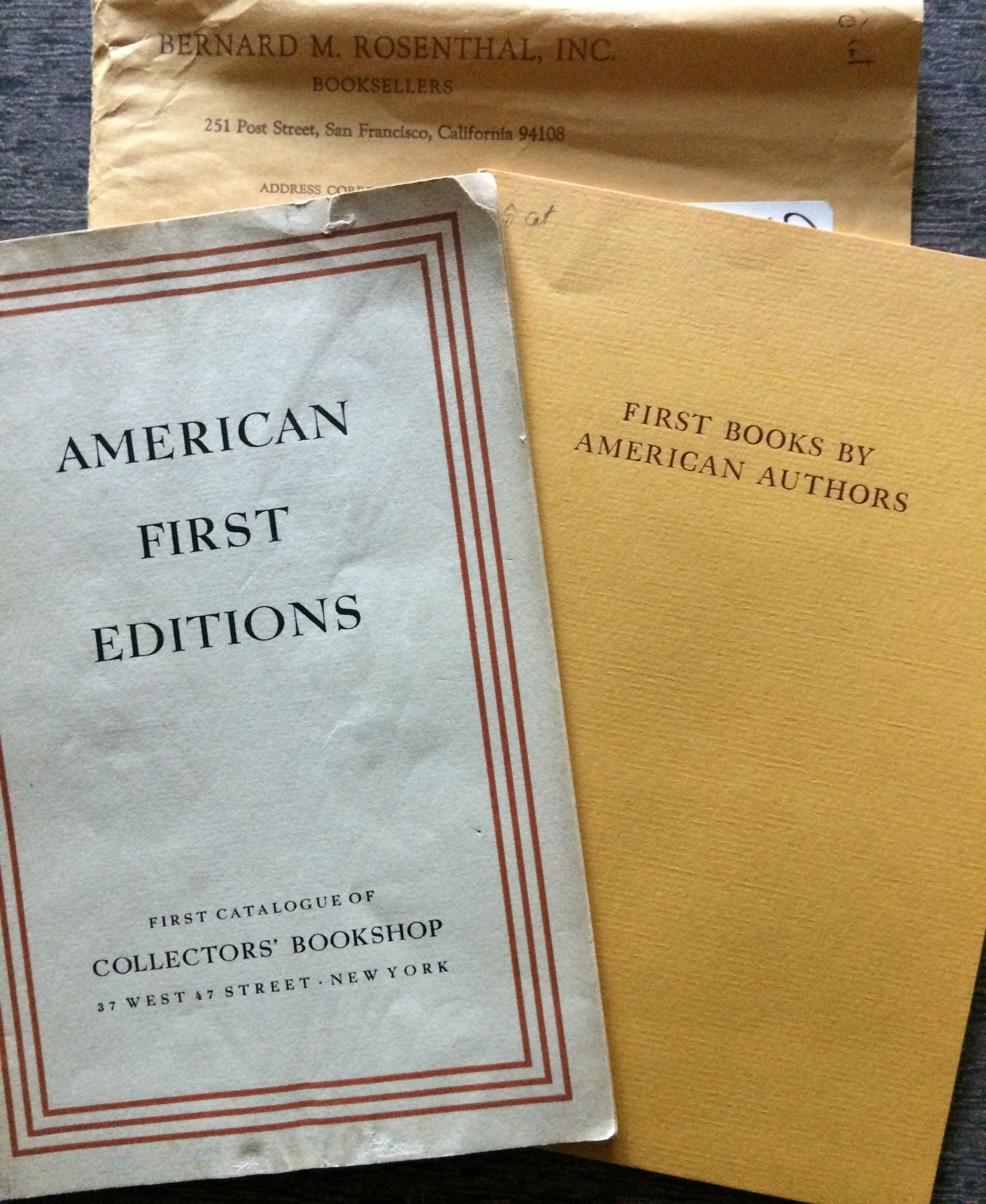 Laid in is an autograph letter on note paper, dated December 29, 1976, to Bernard Rosenthal, from John Kohn's wife Francis: "Dear Barney, Thank you for your kind understanding letter of sympathy . . . last June he became seriously ill and he coped with it with incredible courage. He loved his work and wanted to go on with it as long as possible . . . Love, Frankie. Also laid in: a typed carbon copy letter, date January, 1978 unsigned, from Bernard Rosenthal to Robert Volz acknowledging receipt of "First Books by American Authors" in several paragraphs; another typed carbon copy dated, 1980 is a short note asking if it would be possible to obtain one or two more. Both of these are on the back Rosenthal's printed letterheads, one a printed claim form for orders. Finally, a typed letter, signed by Robert Volz, May 22nd, 1980, on Chapin Library letterhead, to Bernard Rosenthal in response to the May 22nd, with the promise of two copies, news about the John S. Van E. Kohn Memorial Fund, and the intent to also send a copy of catalog for a current exhibition "Woodcuts in German Books: 1465-1525." The two volumes are housed in a Bernard M. Rosenthal, Inc. manila envelope, cut at one end.