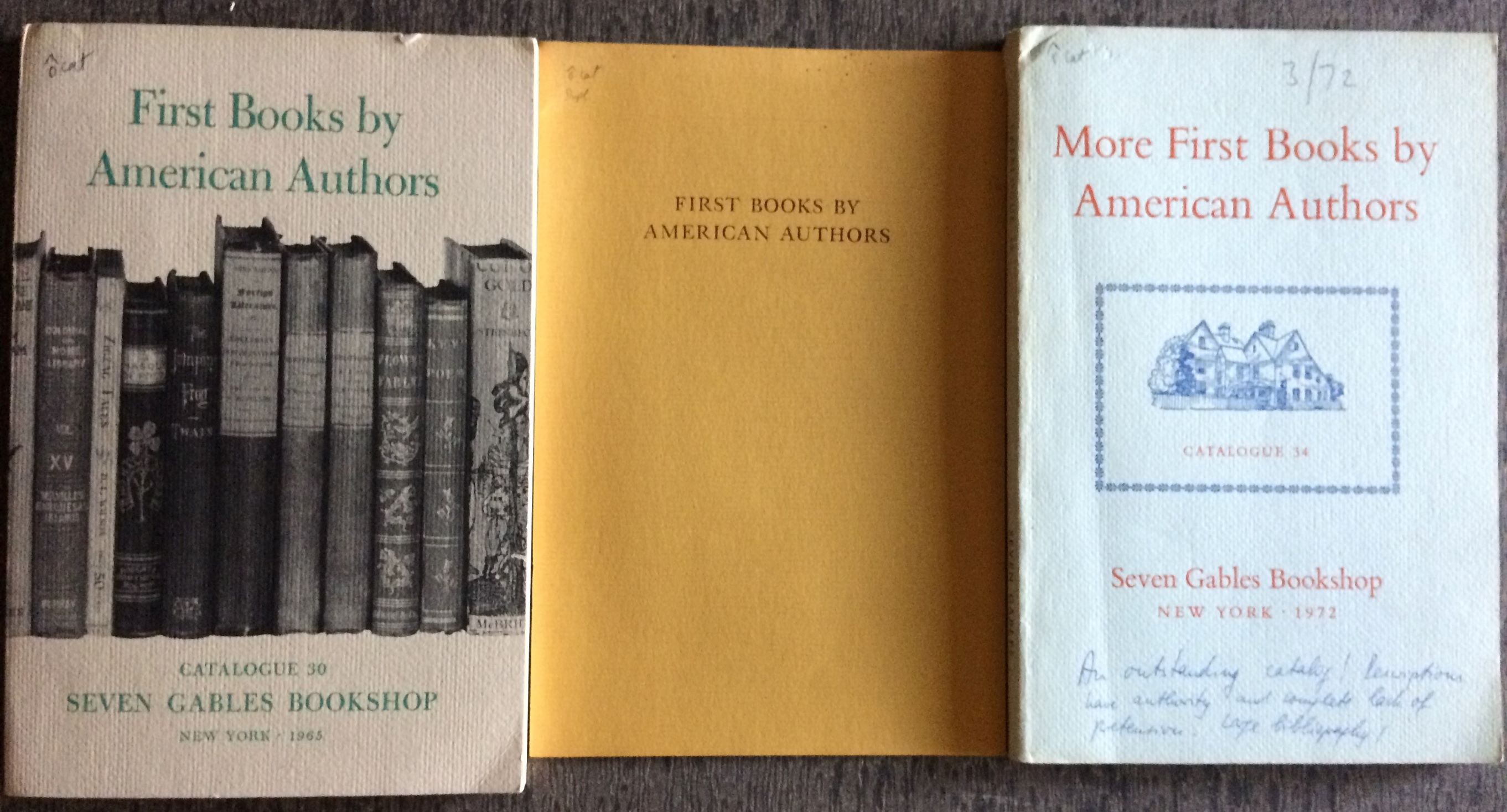 Seven Gables catalogs 30 & 34: 106 & 83 pp.; printed, illustrated wrappers. Both printed by The Stinehour Press. Catalog 30 in fine condition, catalog 34 a little faded at extremities and chipped at the top of the spine, and with penned note on the cover by the owner, bookseller Bernard M. Rosenthal: "An outstanding catalog! Descriptions have authority and complete lack of pretention . ." The third item is 16 pp.; stapled, printed gold wrappers. 750 copies printed by the McClelland Press. Forward by Robert A. Volz of the Chapin Library about Mr. Kohn, a leading midtown Manhattan antiquarian bookseller, who went on to found the well known Seven Gables Bookshop, followed by Kohn's forward to his catalog three. With pencil note by Rosenthal inside front cover, noting it as a gift from Chapin Library, Bob Volz, May 1980, thanked 7/21/80.