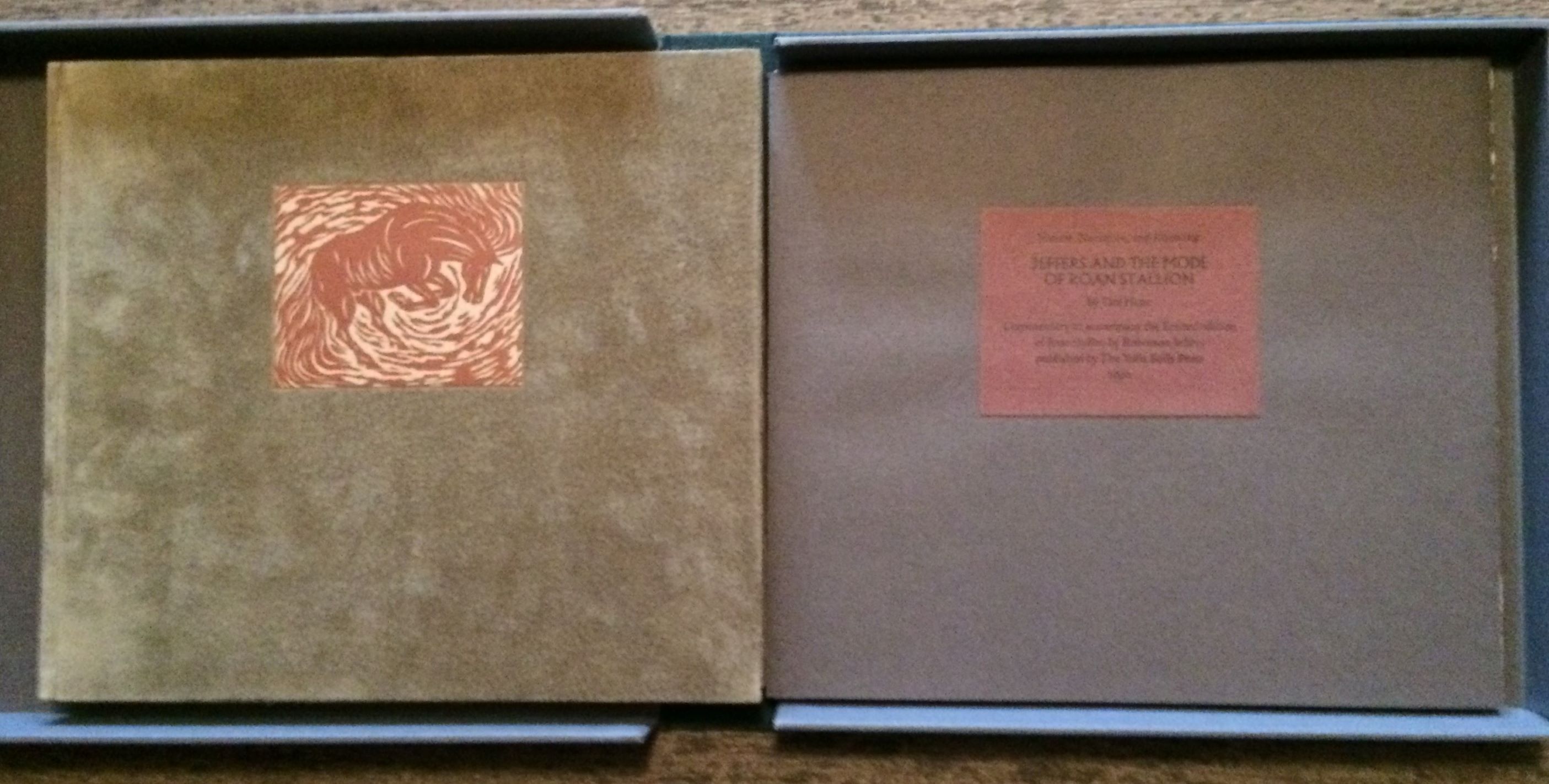 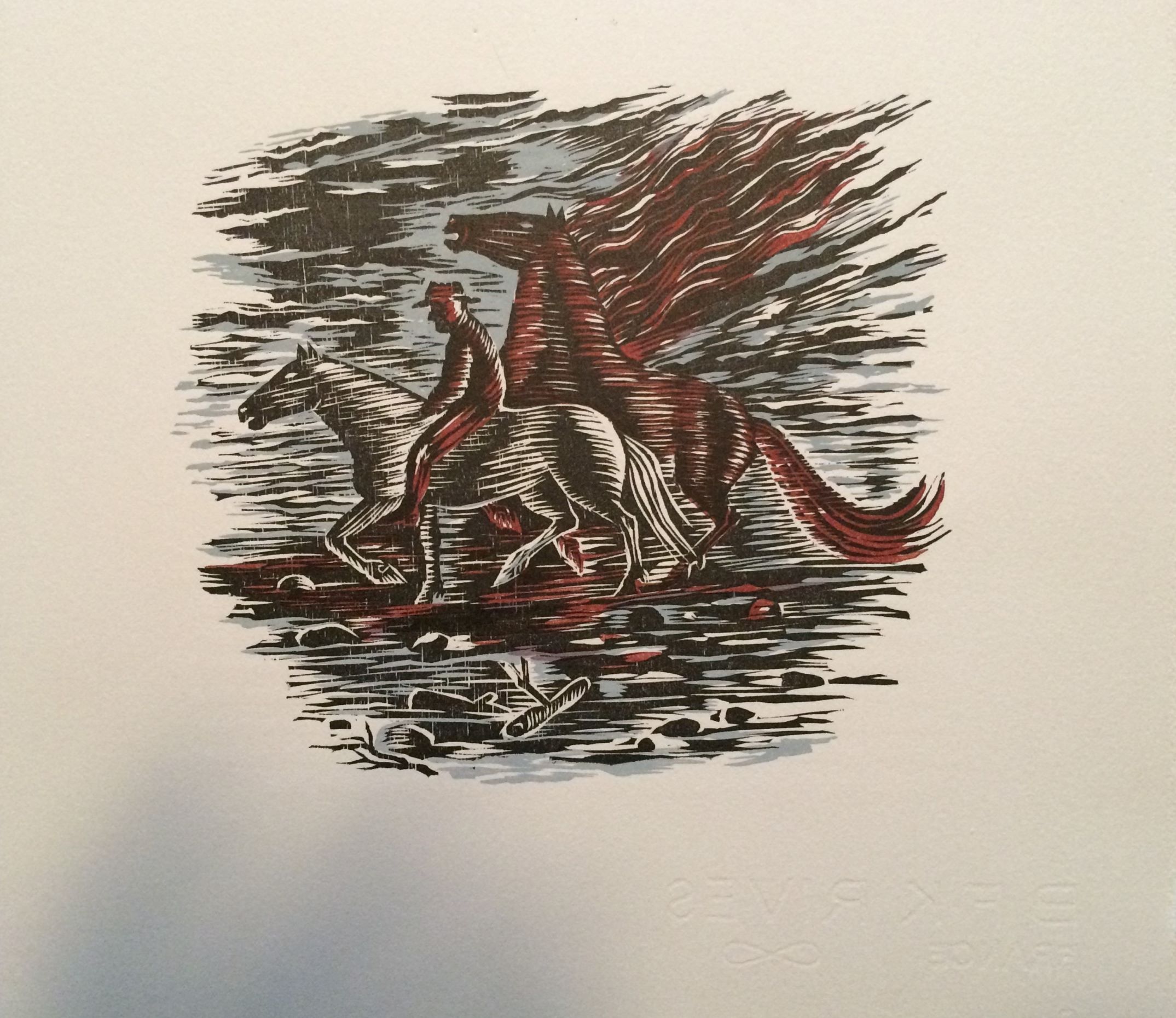 155 copies printed of which sixty (10-69) are offered in a clamshell-style box of archival boards covered in a rough, dark green Japanese cotton, and lined with rag-content papers in gray and blue; issued with a companion volume containing an extensive commentary by Tim Hunt, editor of the Jeffers collected works, in addition to an extra unbound Wikstrom print, signed and suitable for framing. This copy is number 54, signed by Karin Wikstrom on the colophon. Square quarto; book is sewn by hand and bound in boards covered in pigskin suede, in slipcase covered in Japanese cotton. Designed by and printed for James and Carolyn Robertson at the Yolla Bolly Press. The illustrations were drawn and cut in wood by Wikstrom and printed from the artist's blocks. Text was set by hand and printed letterpress by Aaron Johnson and bound by Klaus-Ullrich Rotzscher and Renee Menge. Includes 2 copies of publishers folded 4p., illustrated announcement and a printed promotional post card. Box with a bump to one rear corner

"Roan Stallion" originated from a mysterious old cabin that Robinson Jeffers found "in a roadless hollow of the hills . . . abandoned ever since its owner was killed by a stallion."The poem was published in 1925 with other works. Though greeted with immediate acclaim, "Roan Stallion" also caused a furor in some quarters. In the story, the woman (who Jeffers makes one-fourth Indian) longs for a mystical union with the great stallion; a union that some critics chose to take literally. Despite (or perhaps in part because of) the tempest that surrounded its publication, the story has come to be regarded as one of the best known, most intense and beautiful of all the Jeffers narratives. This first authorized edition of the work in volume form is an inspired homage to the masterly epic.