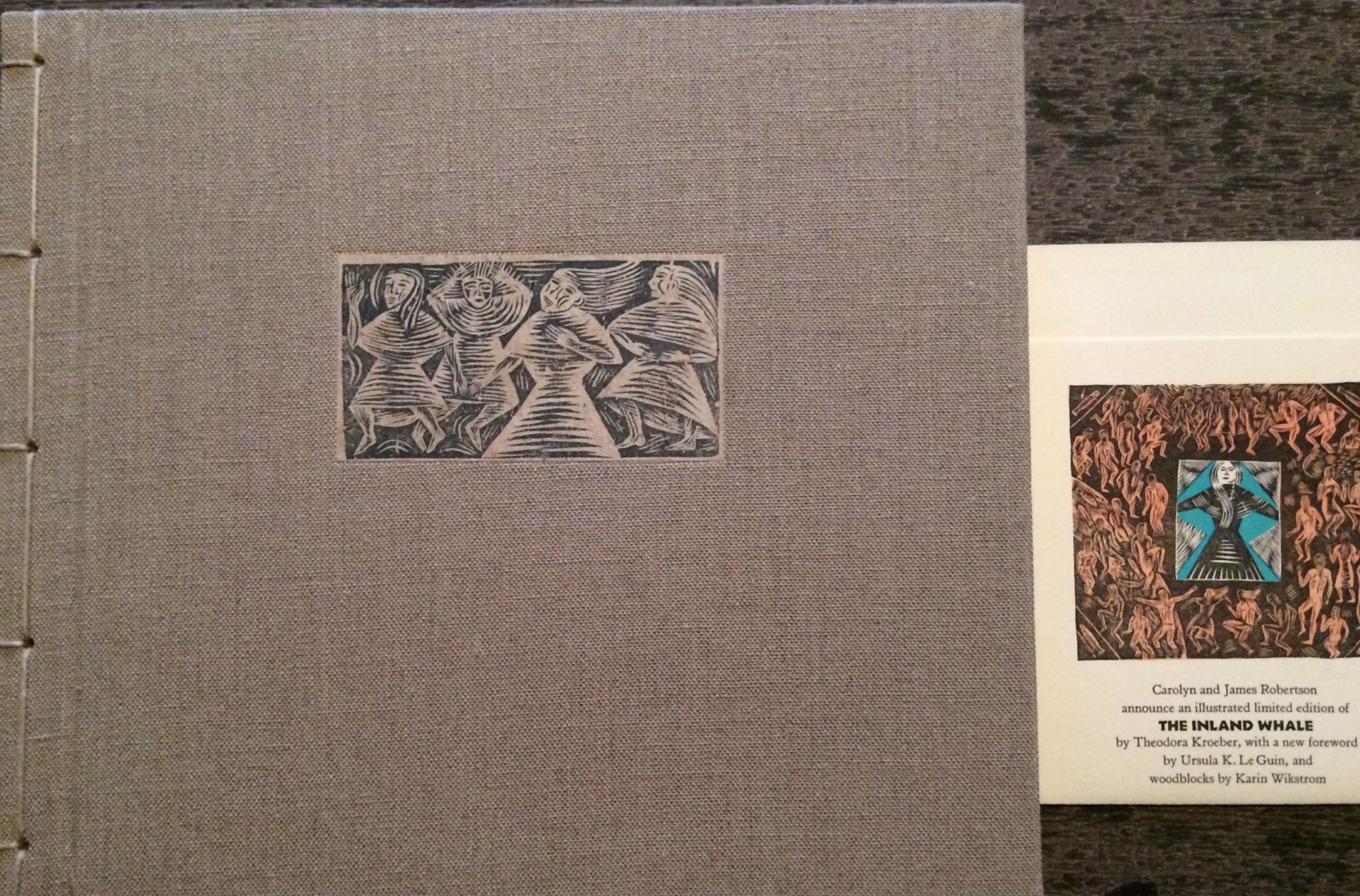 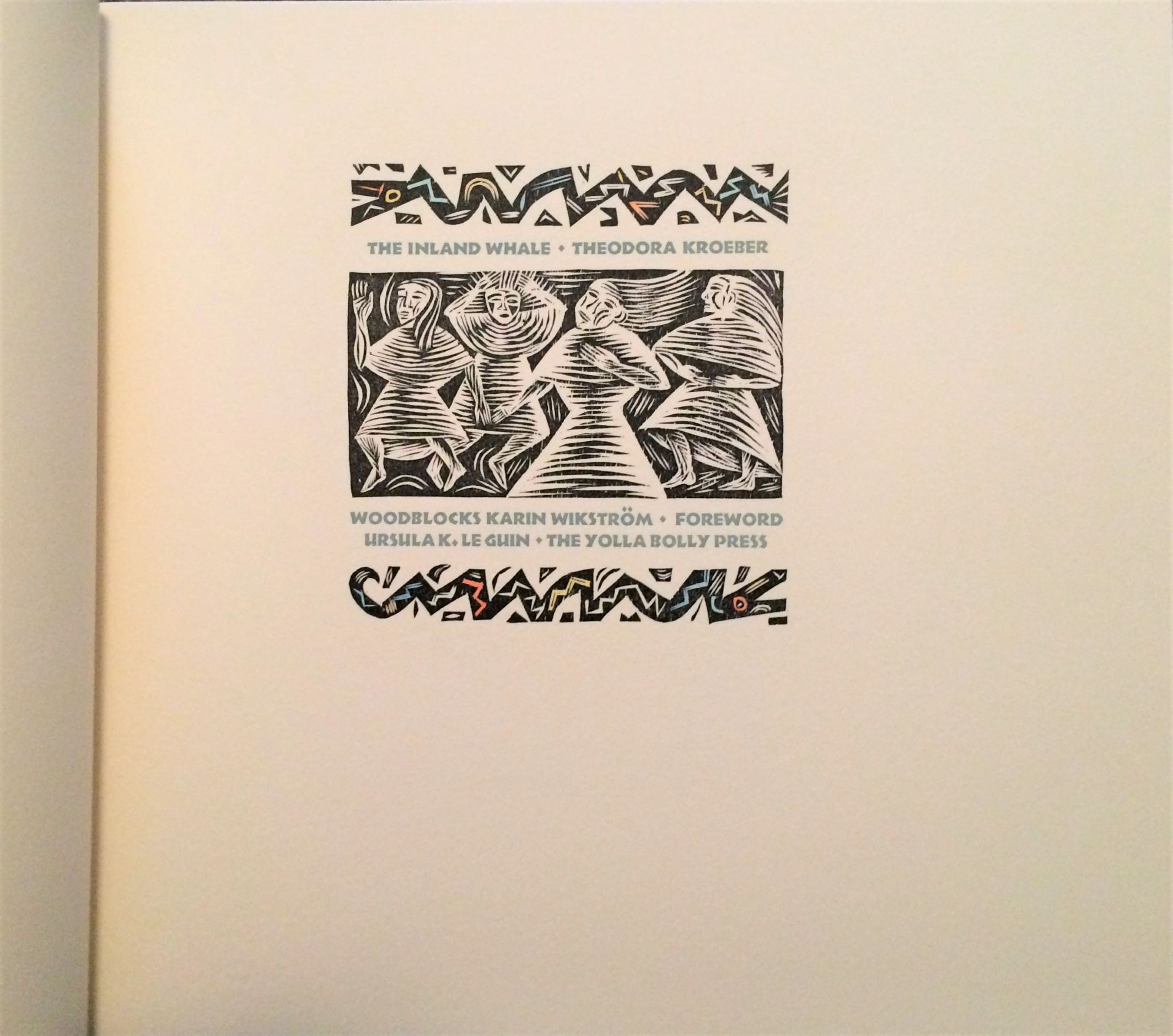 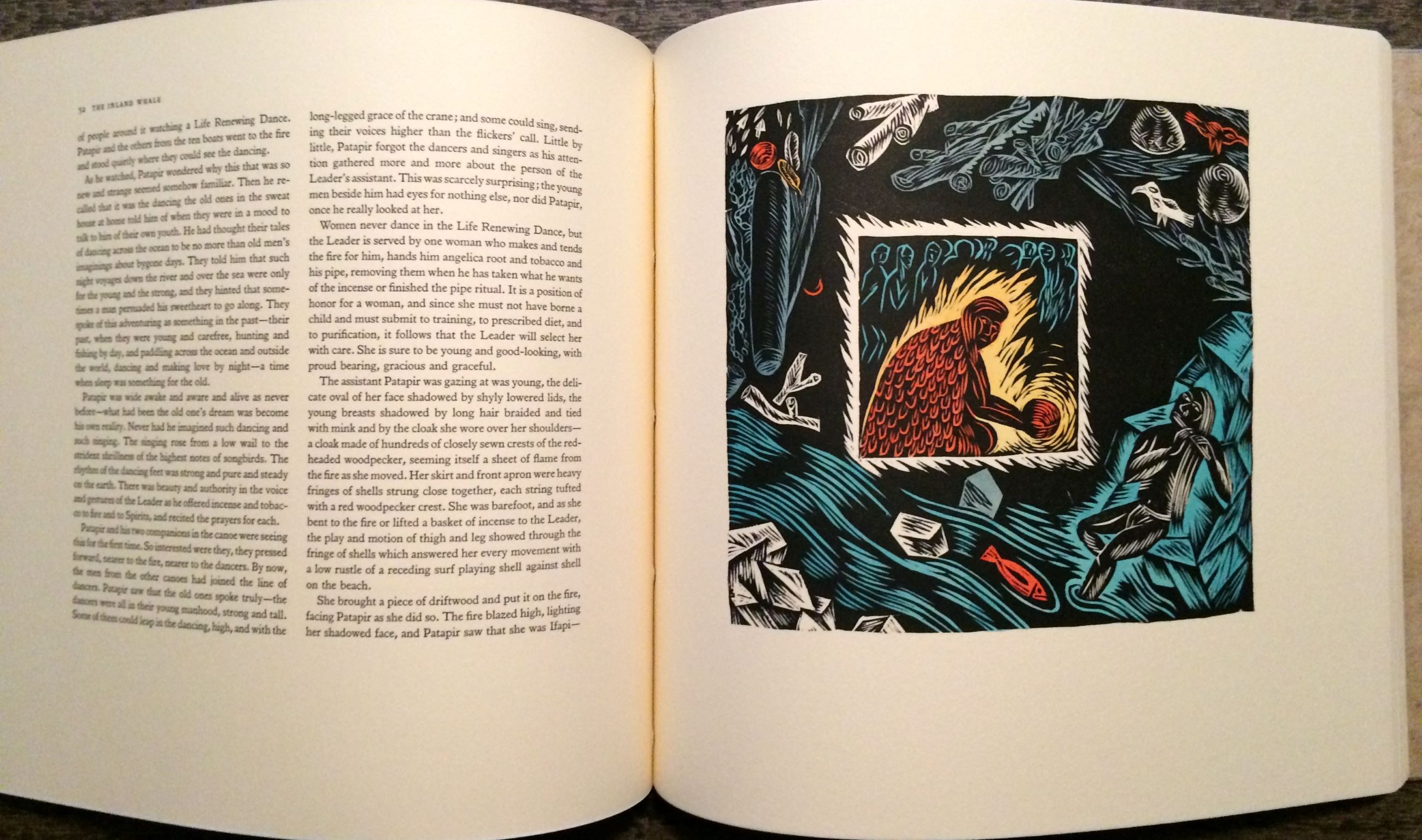 The Inland Whale. With a new forward by Ursula K. Le Guin, and woodblocks by Karin Wickstrom.

The edition was limited to 135 copies, of which 115 numbered copies were offered for sale, this copy being number 94, signed on the colophon by the artist. 104 pp.; (12x13¾"), printed letterpress on heavy ivory French Rives paper with nine woodblock prints, each handcolored with gouache, and numerous page decorations. The book is bound in the Oriental manner with Belgian linen over flexible boards and laced at the spine with pure linen cord. Endsheets are of handmade Bhutanese paper and the whole enclosed in a slipcase covered in brown Fabriano Roma paper. Still wrapped in kraft paper and bagged by the Press, never opened..

Originally published in 1959, in this, her first published work, Kroeber chose nine tales to represent and examine the mythic and literary life of the California Indian. Though the stories remain true to their origins, Kroeber has skillfully retold each with the scholarship of the anthropologist and the voice of a poet. Ranging from the complex myth-within-myth of "Loon Woman" to the simple and celebratory "Dance Mad," the tales are followed by extensive notes on their individual ethnographic beginnings.

Title: The Inland Whale. With a new forward by Ursula K. Le Guin, and woodblocks by Karin Wickstrom.

The Inland Whale. With a new forward by Ursula K. Le Guin, and woodblocks by Karin Wickstrom.