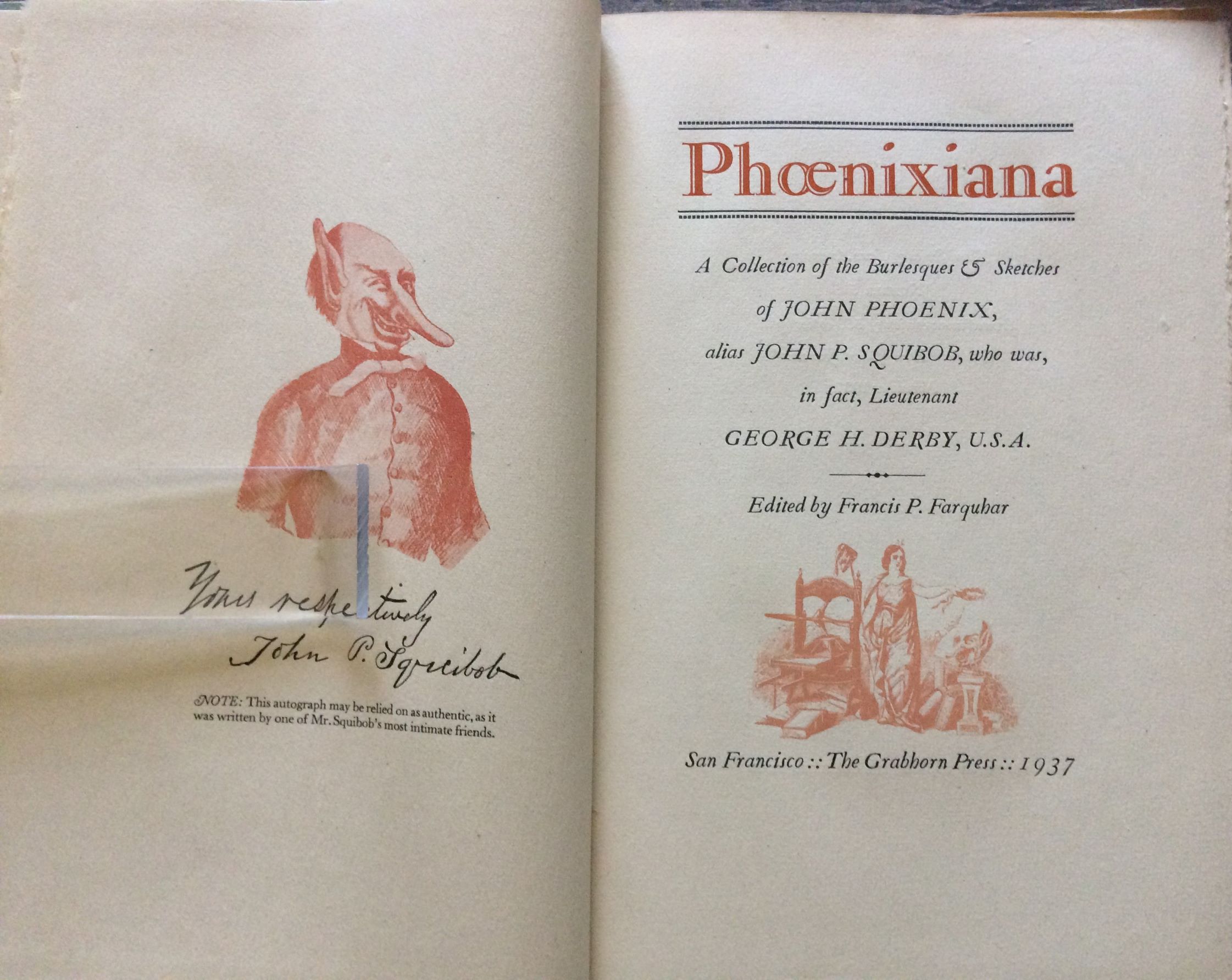 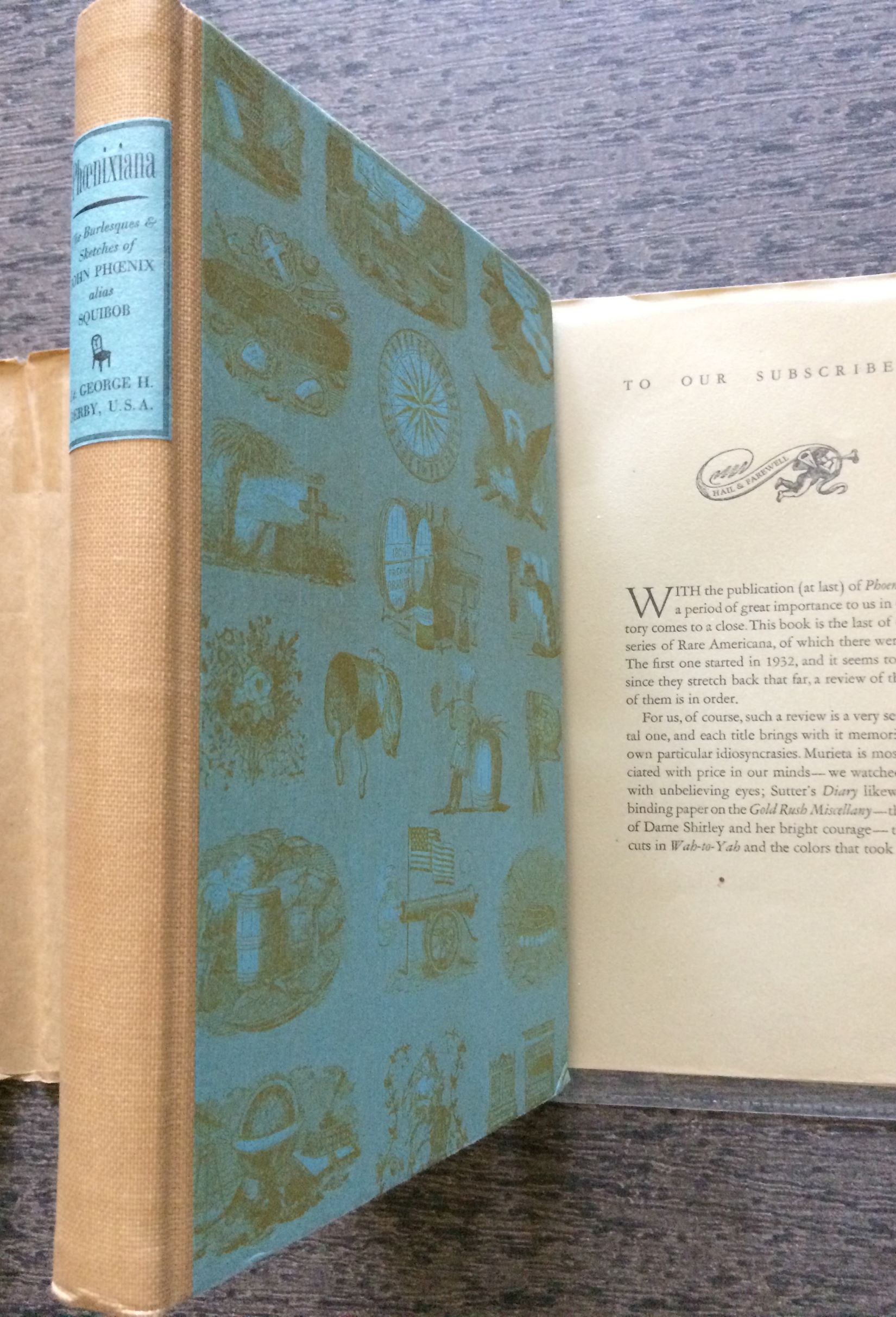 One 550 copies. 240 pp.; 8vo; bound in blue and brown pictorial boards with tan cloth back; blue label lettered and decorated in black on back; title printed in black & sepia; cut on title page and 33 colored headpieces reproduced from contemporary type specimen book; colored drawing of Squibob himself used as frontis; three sets of facsimile sketches by Squibob, two on blue paper, one on brown paper; facsimile newspaper; numerous small sketches. In plain brown paper jacket. Publisher's announcement about the book being the last of Rare American series laid in causing slight offset to front endpaper.

Derby was a Massachusetts-born army officer who established a wit and practical joker even while at West Point. After service in the Mexican War he was assigned to California (1852-56) as a lieutenant charged with making explorations and reports on the gold mining country, the San Joaquin Valley and the Colorado River area. His humorous sketches appeared in San Francisco monthly The Pioneer. (Hart, Companion to Calif). One of the Fifty Books of the Year. Third series of Rare Americana no. 5.