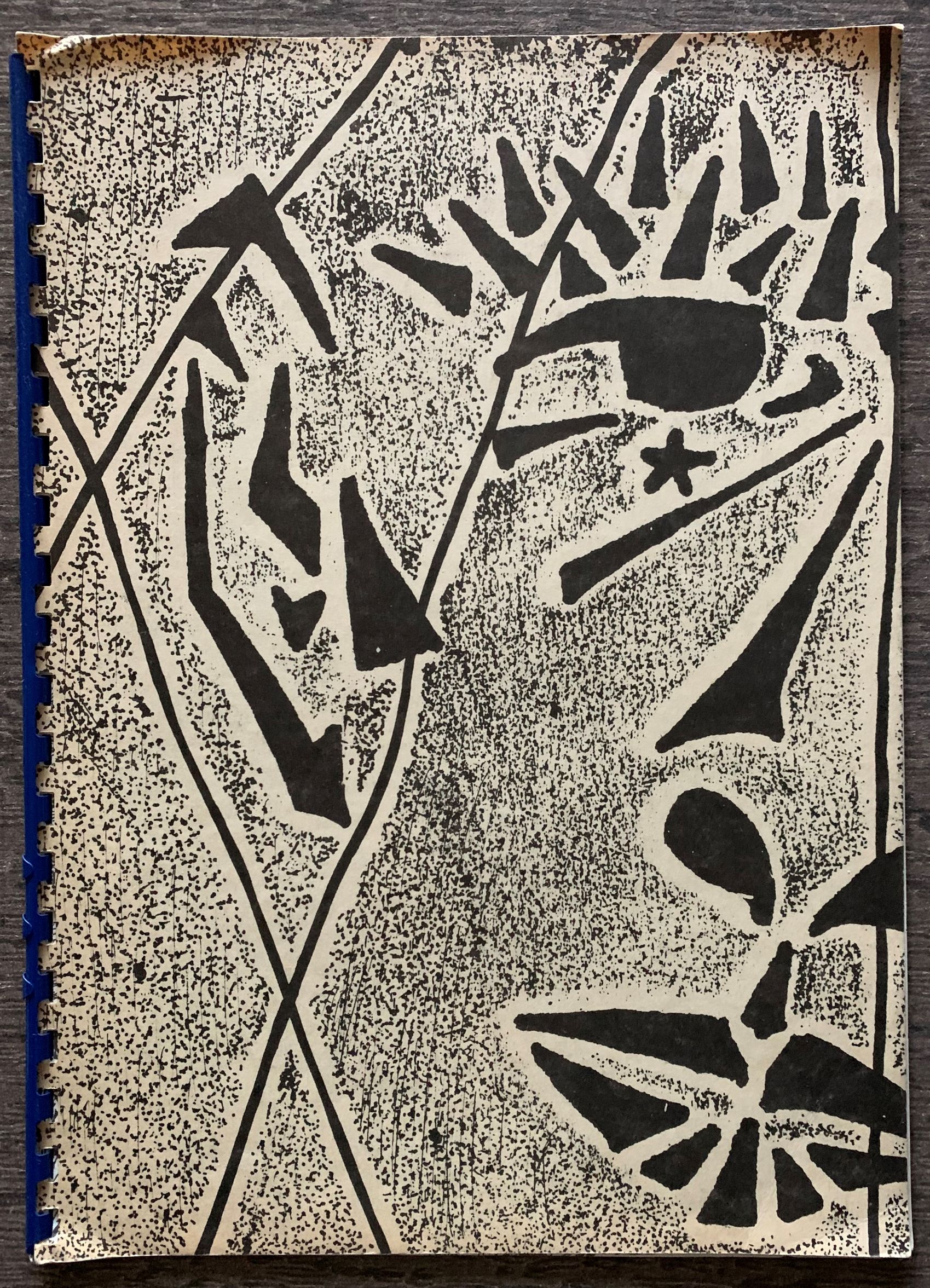 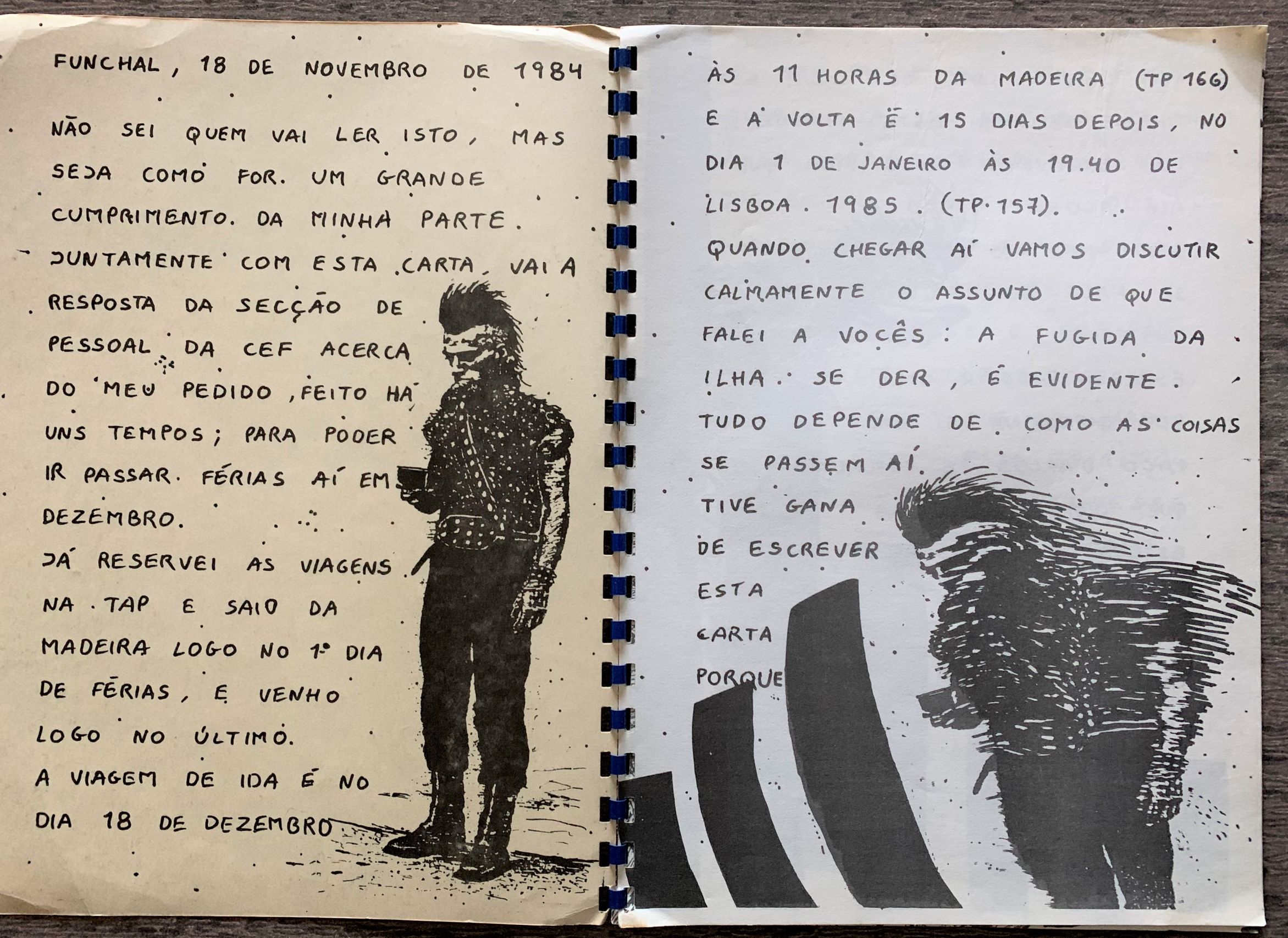 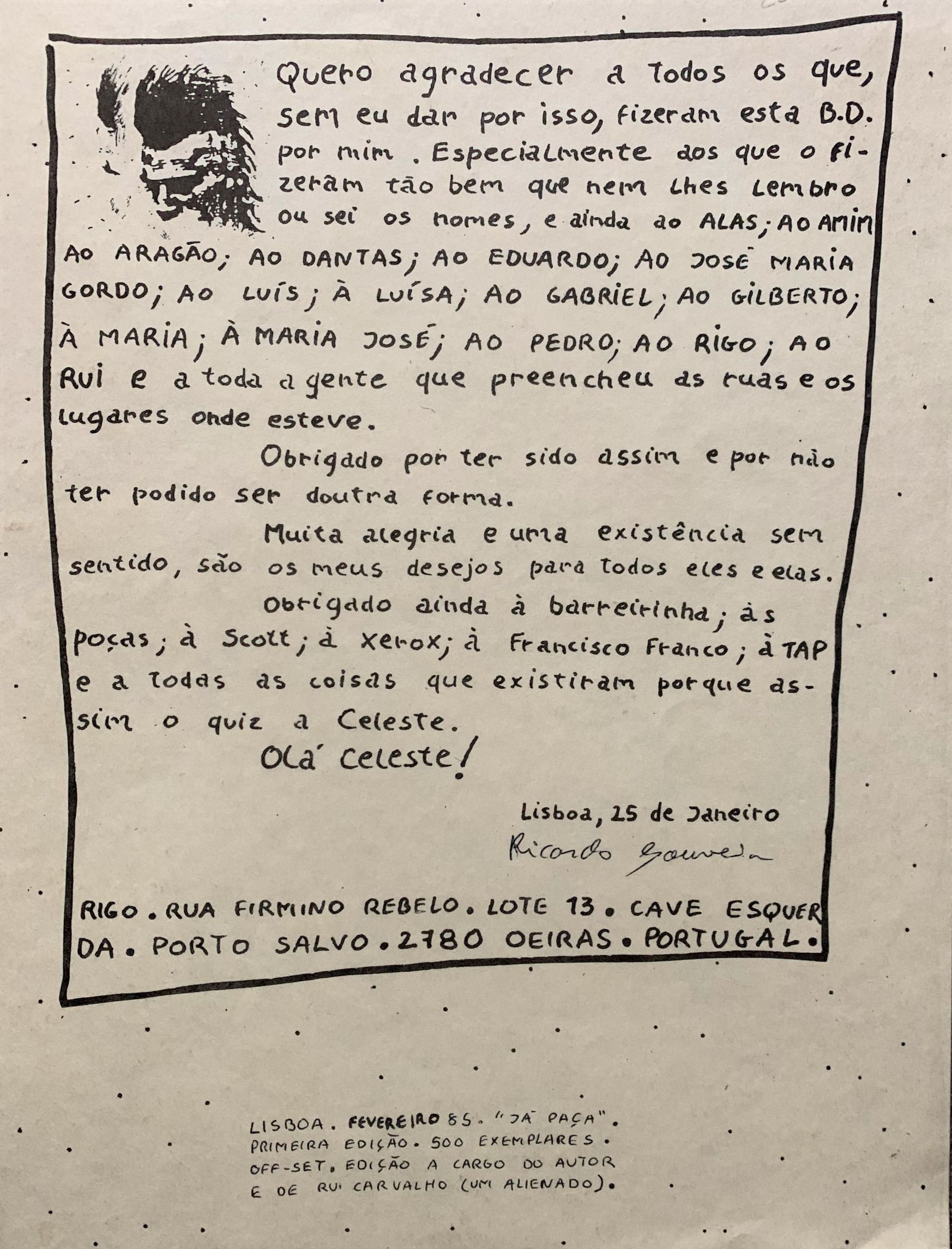 Ricardo Gouveia, aka Rigo 23, is a Portuguese muralist, painter, and political artist working and teaching in San Francisco. Born in Madeira, 1966, he established himself as an artist in the city by 1991. From 1984-2002, Rigo used the last two digits of the current year as part of his name, finally settling upon "23" in 2003. In this publication, only the name Rigo is found in various places throughout the work, while below an afterward of thanks inside the back page is signed Ricardo Gouveia. Inside front cover and first four pages are devoted to a letter, apparently from Rui Carvalho. Not found on Worldcat. Possibly an early creation by the artist who would go on to paint a number of large, graphic "sign" murals in San Francisco, including: One Tree next to the U.S. Route 101 on-ramp at 10th and Bryant Street, Inner-city Home on a large public housing structure, Sky/Ground on a tall abandoned building at 3rd and Mission Street, and Extinct over a Shell gas station.