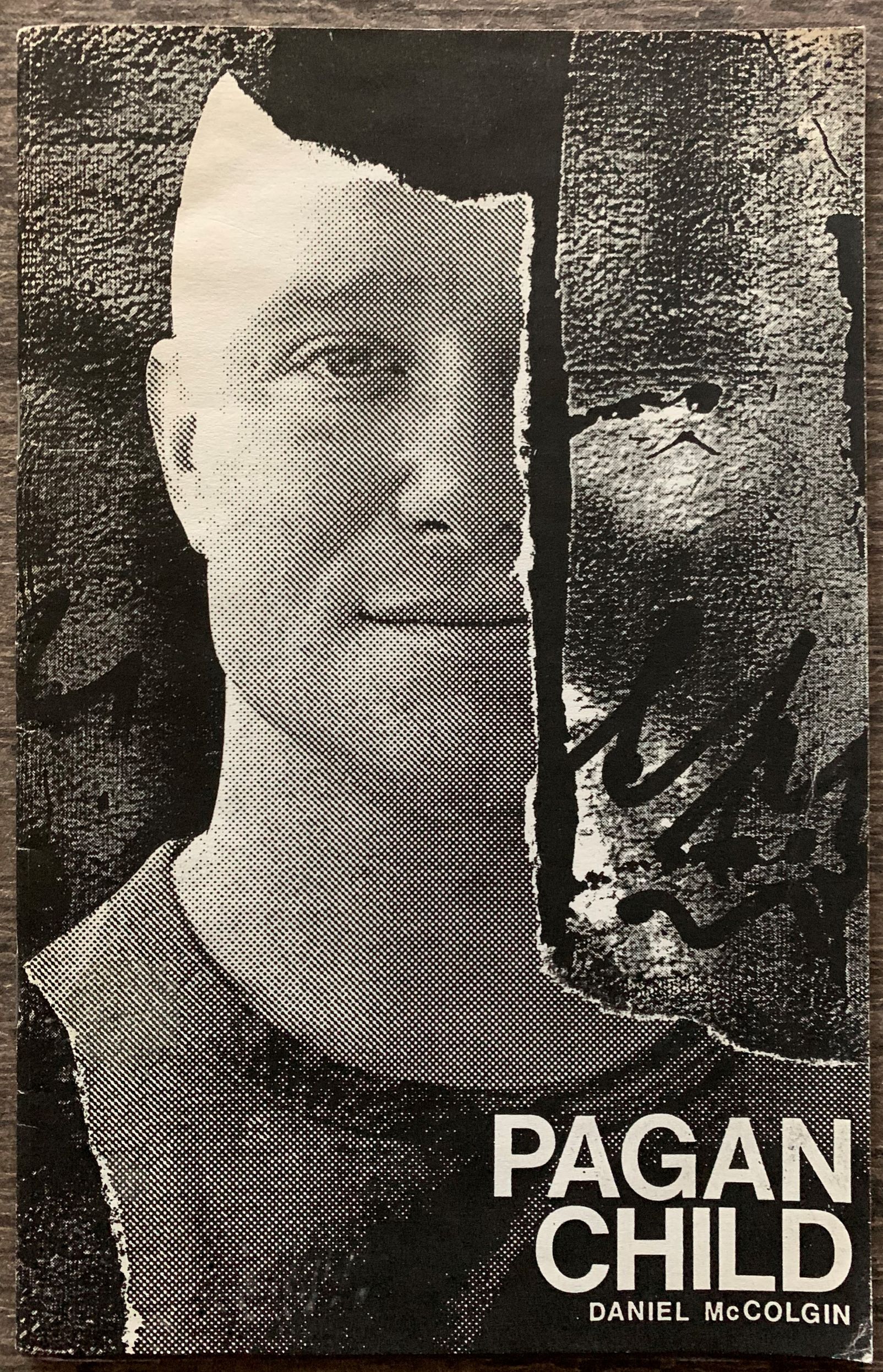 "Dan McColgan discovered his love of acting at age 19 while performing at poetry readings in the coffee houses of San Francisco. His readings were so dynamic and exciting that Dan soon had quite a large fan base including Alan Ginsberg and Lawrence Ferlinghetti. His poetry was eventually published in Longshot and a few other publications. Dan went on to work with several respected theatre groups in San Francisco receiving numerous positive reviews and accolades. After landing a role in the Oliver Stone movie "The Doors", Dan decided to move to Los Angeles and pursue film and television acting." This publication not located on WorldCat, and no other reference or history found online. Nicely produced small press publication by Munson, who was editor of the "The Bridge, Art, Ideas, Communication" periodical also published in San Francisco starting in 1982.