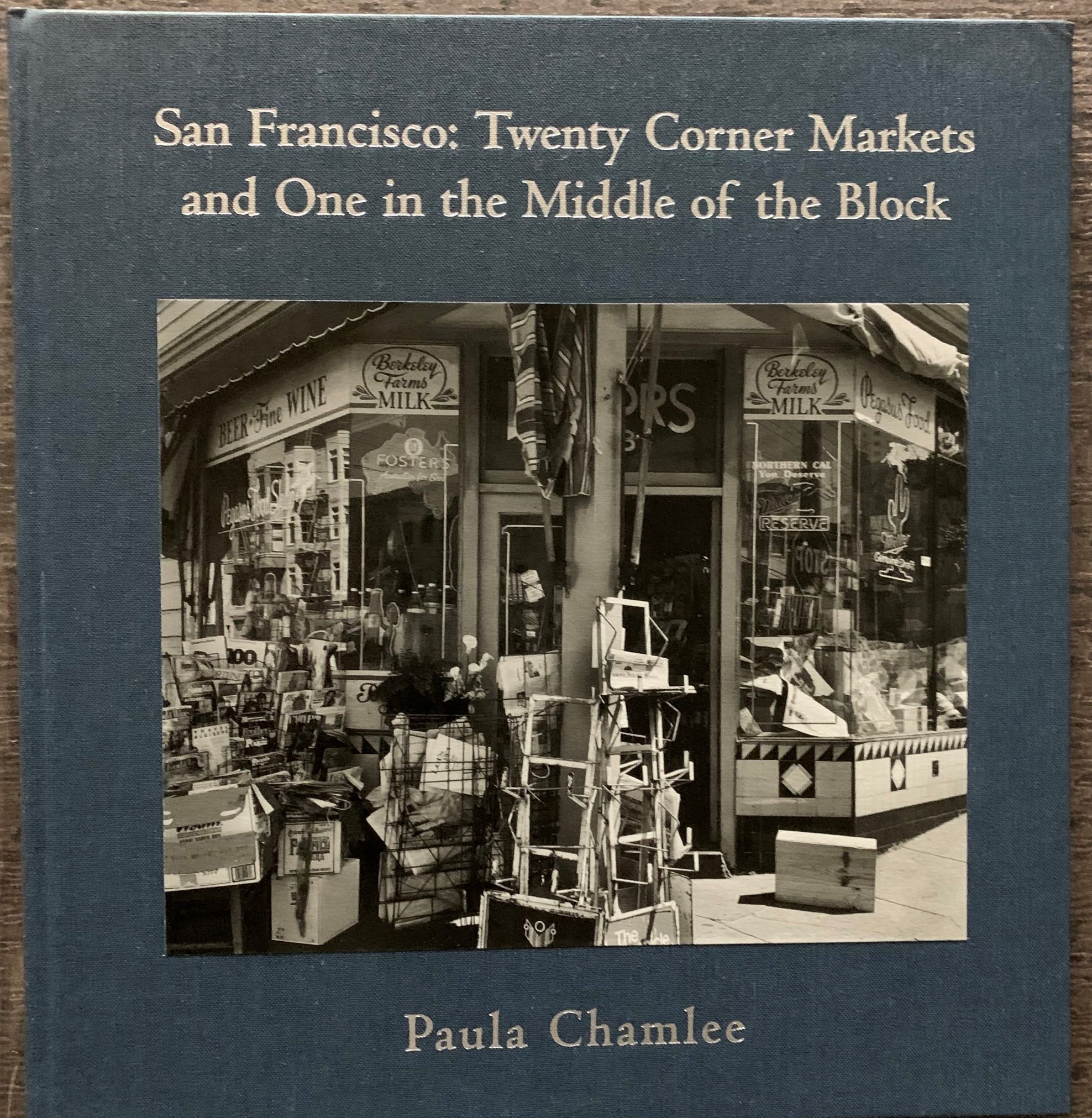 San Francisco: Twenty Corner Markets and One in the Middle of the Block.

By: Chamlee, Paula, photographs by.

No. 257 of 550 copies, signed by the artist on the colophon. Unpaged; 22 full page photographs. "The photographs . . . were made in May of 1996. All are silver chloride contact prints made with an 8 x 10 - inch view camera." Quarto; blue cloth, mounted photograph front cover; clear mylar cover.

"San Francisco happens to be another of my favorite places. When I was a stewardess for Delta, I had many layovers there and could explore the city alone or with other crew members. It was all quite exotic for me at the time, and I fell in love with the city. Decades later, when Michael and I traveled to the West Coast and spent time in San Francisco, we would often try to figure out how we could photograph there. Logistically, there is virtually no place to legally park your car if you want to photograph anywhere nearby. We always needed to have our photo truck nearby because the equipment is large and cumbersome and we needed assistants to not only help carry, but to guard the truck, or keep moving it in and out of illegal spots. On a trip in May of 1996, we finally made the time and commitment to photograph in the city and to arrange for some photo-student assistants ... After returning home and to the dark room, I made proof prints in order to see which ones I wanted to print. When Michael saw my proofs, he was so smitten with what I had done that he said, 'This should be a book! And here's the title—San Francisco: Twenty Corner Markets and One in the Middle of the Block.' So, we published this book in 1997 in 550 signed and numbered copies. It sold out within a few years. Though I have written quite a lot of text for all of my books, I wrote exactly two lines for this one: As he walked out of the market, I asked, 'Do they have good sandwiches here?' He replied, 'Sure do. This is the best little market in San Francisco."

Title: San Francisco: Twenty Corner Markets and One in the Middle of the Block.

San Francisco: Twenty Corner Markets and One in the Middle of the Block.