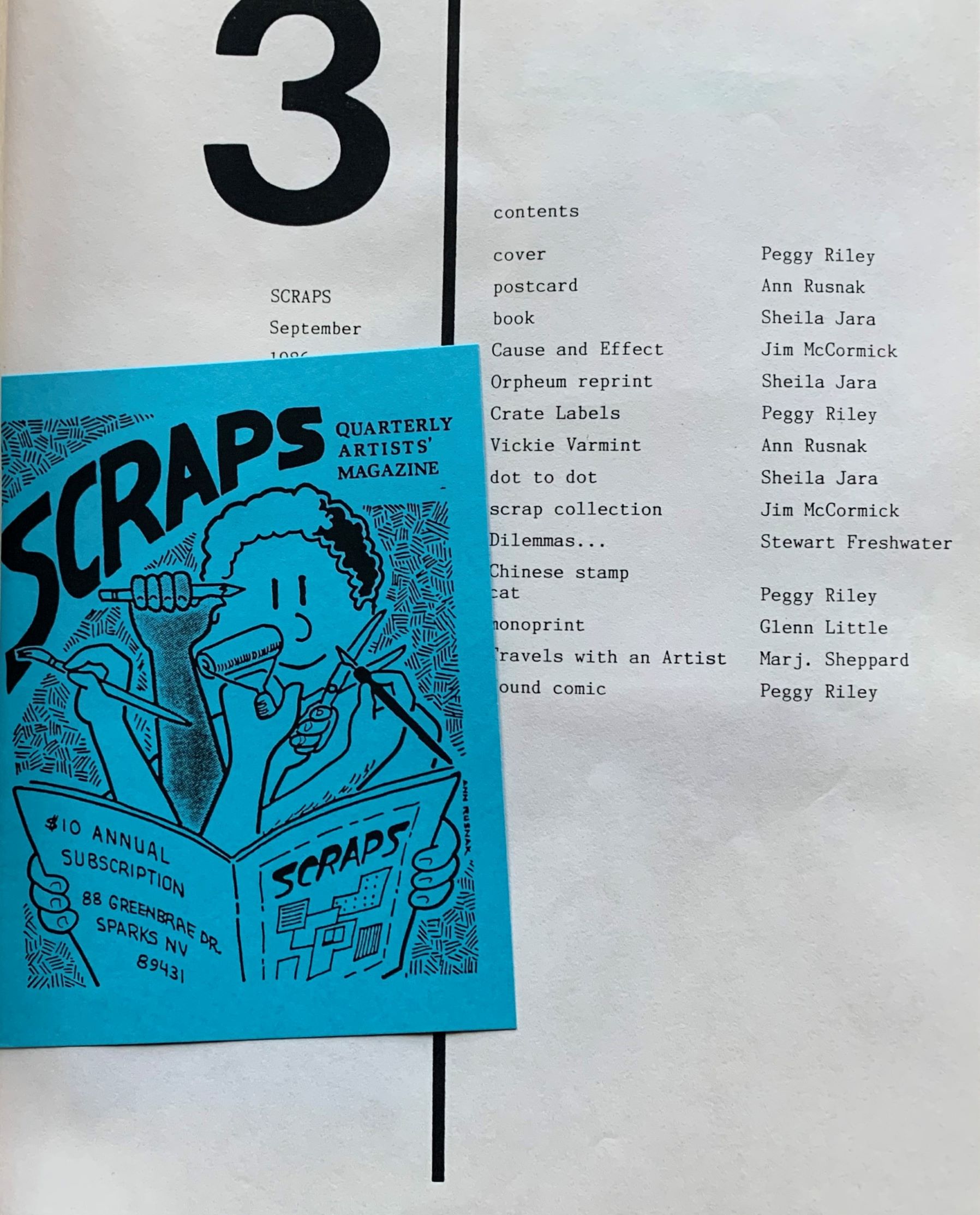 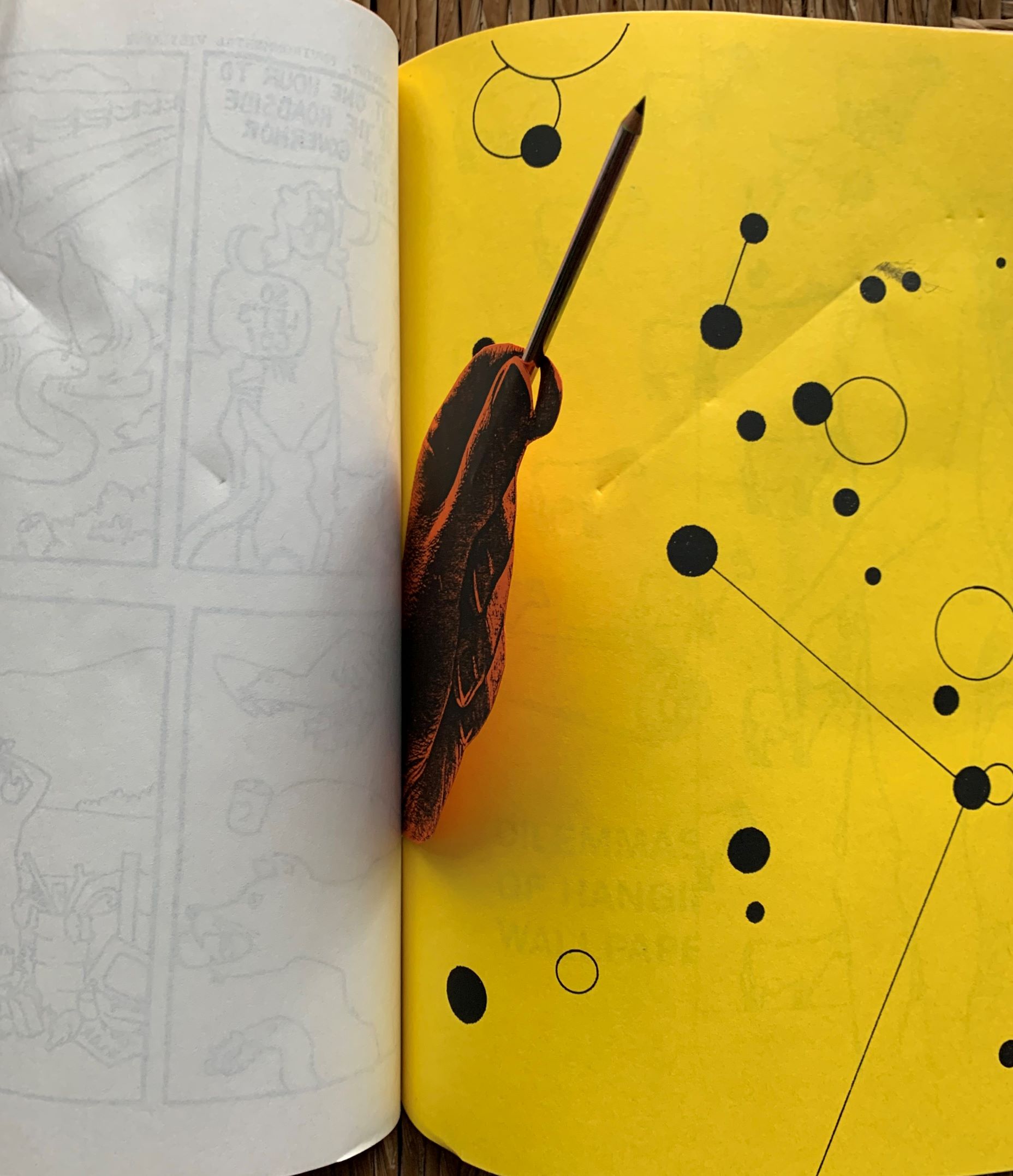 No. 43 of 100 copies. 9 leaves, various colors and paper stock; in illustrated, stapled, brown card wraps. Five of the leaves with attached or inserted items, i.e., the second, yellow leaf with a folded purple sheet forming a 4.5" x 3", 6 page booklet stapled to it, by Sheila Jara, titled 'Jordan', containing drawings of an infant in various modes from 'low riding' in a car seat, to feeding, sleeping, etc.; also attached to the sheet, a manila envelope with a stapled green photographic 'flip book' titled Cause and Effect, showing a man's attempt to catch a largish white 'ball' for which he reaches up, and the ball hits below the belt to uncomfortable Effect. The sixth leaf, Dot to Dot, also by Jara, has a bound in 'floating hand' holding a narrow little pencil, which has drawn on the page as well as the facing page, over the years with any opening and closing. And so on, including labels, stamps, cartoon. Pretty pretty cool. All parts present and intact.

No issues of Scrap found on WorldCat. And no other records or information found as of 8/6/2019.