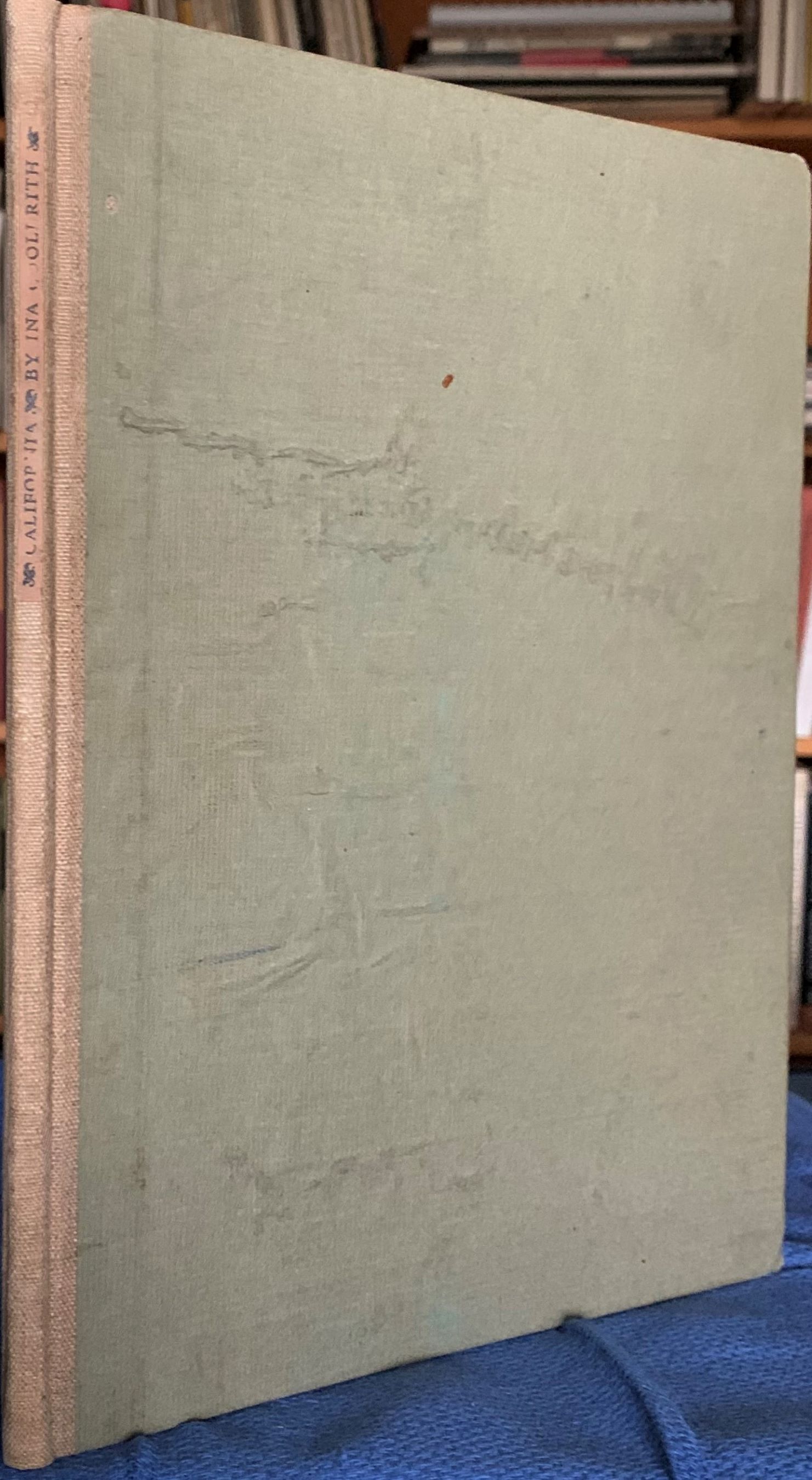 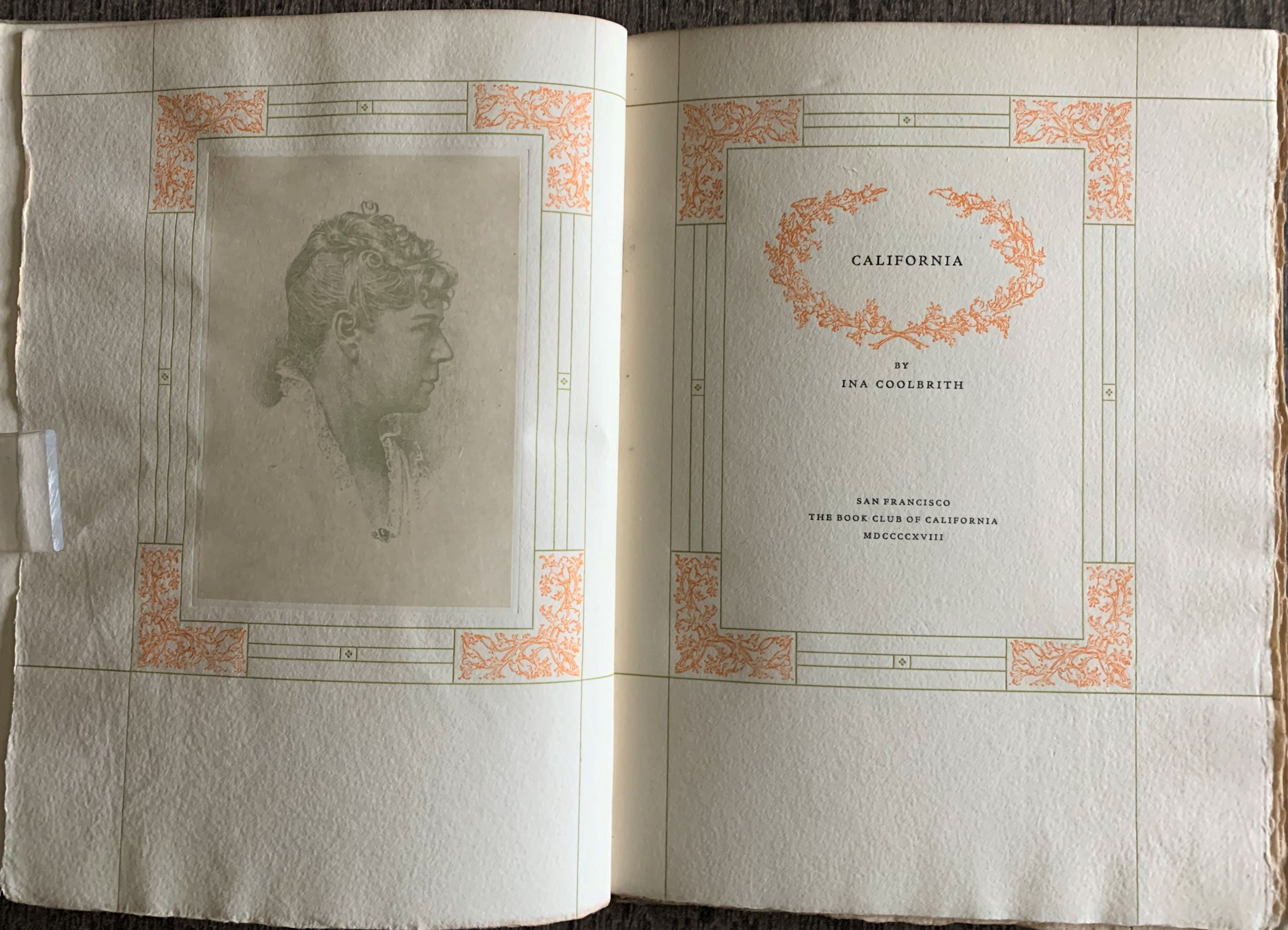 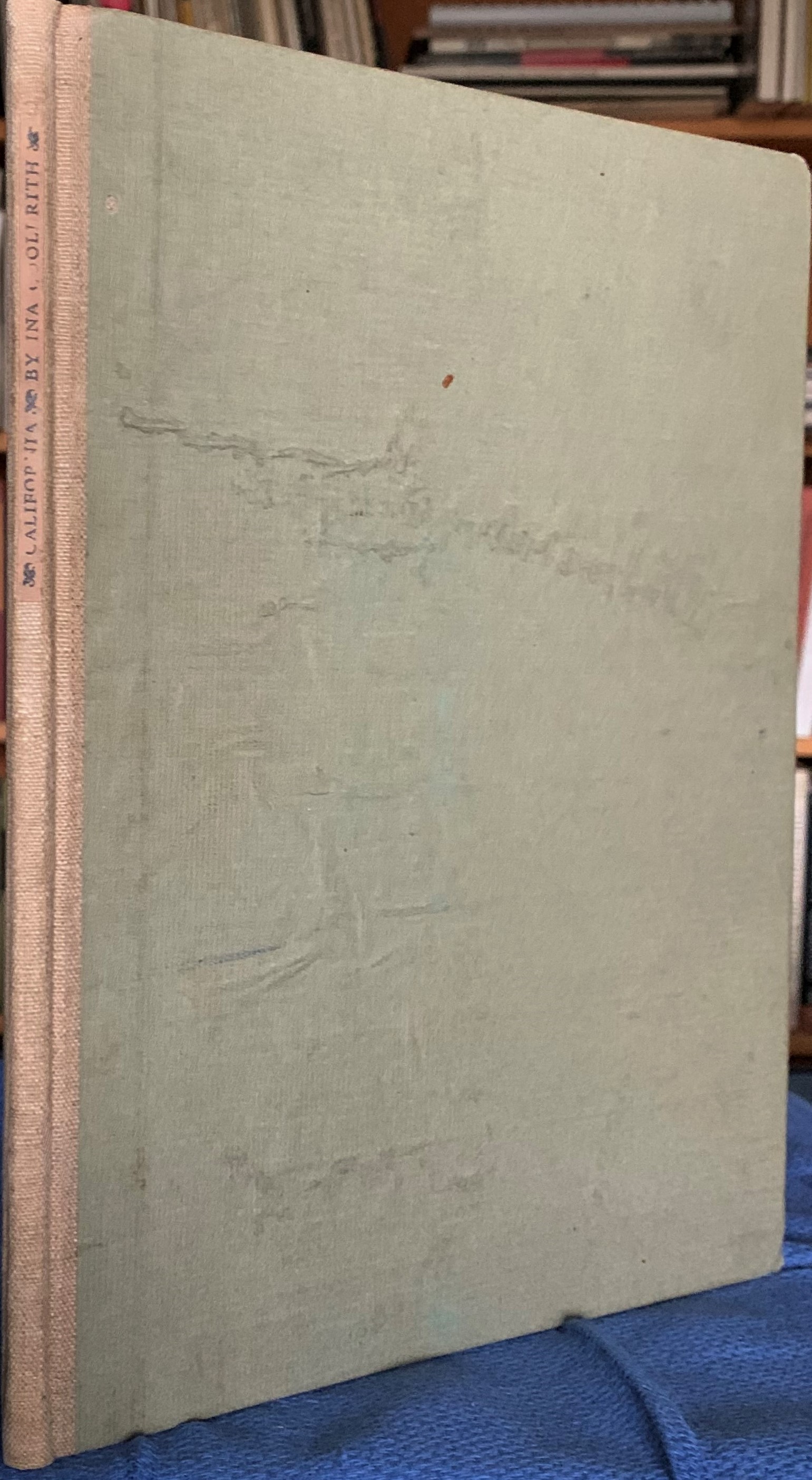 One of 500 copies printed by John Henry Nash. This a presentation copy from Lawrence B. Haste, who did the books decorations, to Louise Wilke, 1920. ii, 9pp., portrait frontis laid down; original cloth back and paper covered boards; paper spine label. Front cover is bubbled with moderate soil.

Ina Coolbrith (1841-1928), born at the Mormon capital, Nauvoo, Illinois as Josephine Donna Coolbrith, and a niece of the church founder Joseph Smith. Her mother came to California with a second husband in 1851, where Ina lived in mining towns and Los Angeles, where she was wed at 17 years. Divorced three years later she went to San Francisco where she became a poet, falling in with Bret Harte, Mark Twain, Ambrose Bierce, and others. She supported herself by working for the Oakland Public Library, where she befriended and guided the young Jack London, and Isadora Duncan, and later at the library of the Bohemian Club, where she was made an honorary member. (Hart, Companion to Calif.)