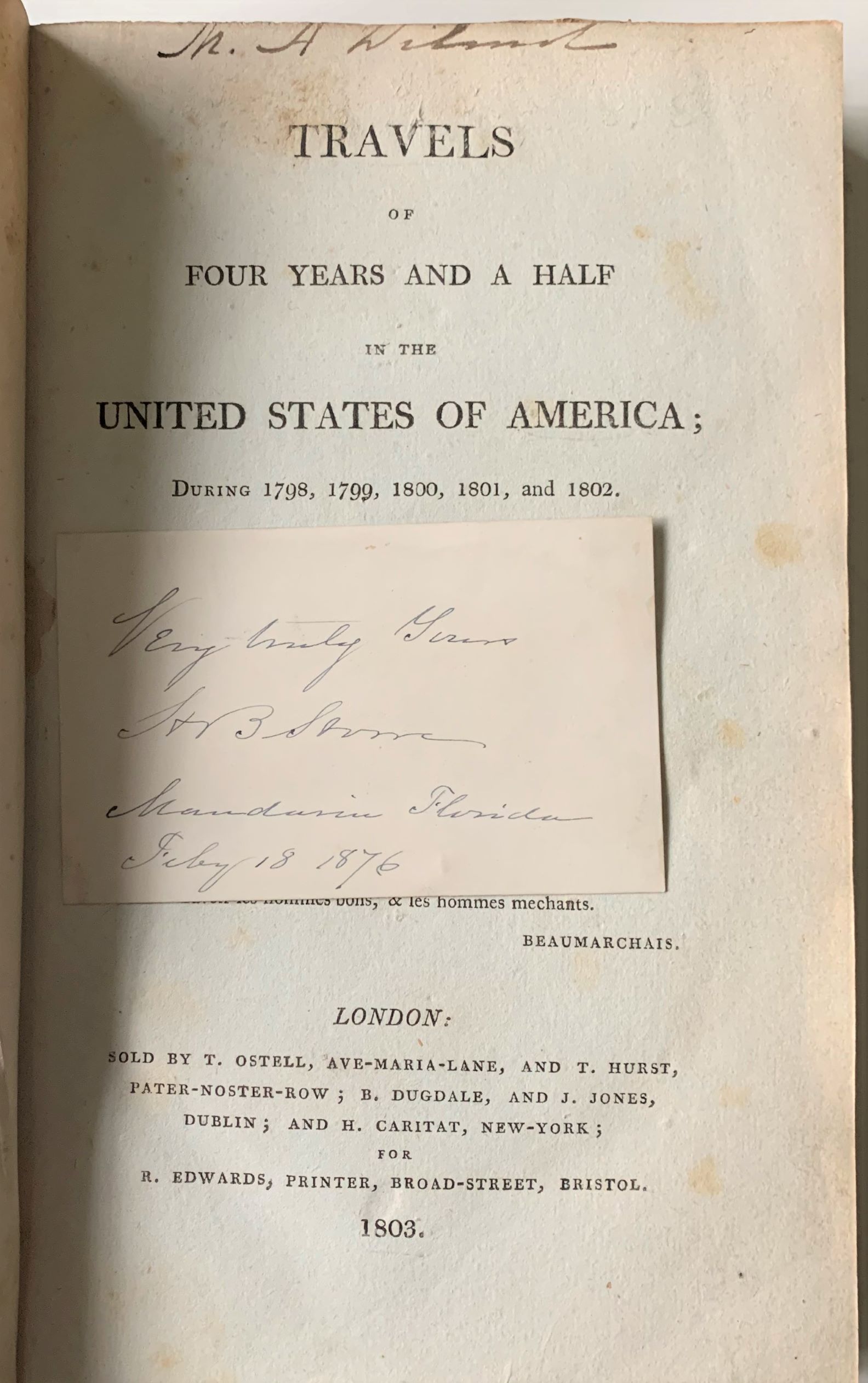 viii, 454pp., (2), pub. ads; 8vo; rebound in brown half morocco over marbled boards; spine lettered & decorated in gilt; raised bands. LACKING MAP. Small card laid in with "Very truly yours, H. B. Stowe, Mandarin Florida, Feby 18 1876" in pen. Appears to have been pasted down in the original binding. Harriet Beecher Stowe settled in Mandarin, Florida in 1867. Paper on top half of front hinge cracked but firm; bit of foxing to prelims and title, with an ownership signature (Mr. A. Wilmot?) very top edge of title.

The young pedagogue came to the United States from Britain in 1798, and spent the next four years traveling the southern states on foot. He systematized his remarks on the character, customs and manners of the people in this volume.