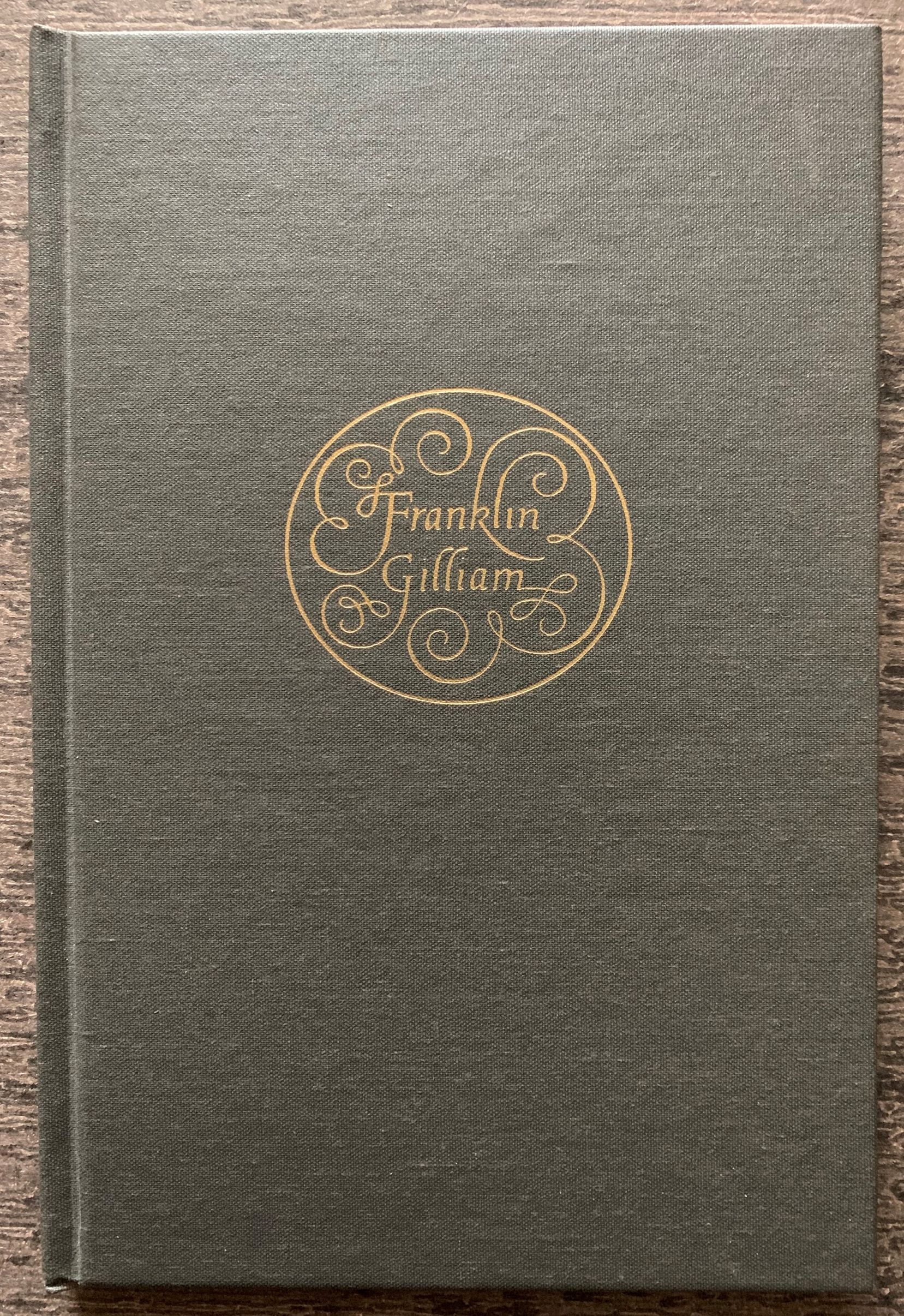 375 copies printed by David Holman at Wind River Press. 59pp., portrait frontis; 8vo; gray cloth lettered and decorated in gilt. Inscribed by the editor to Barney and Ruth (Rosenthal), on front endpaper; laid in is a printout of an email from Bernard Rosenthal to John Crichton in thanks for the presentation of the book, with kudos to him for the putting together the project, along with a couple of quips.

The eight contributions are by: Warren Roberts, Anthony Rota, Larry McMurtry, Richard Landon, David Farmer, Peter B. Howard, Andrew Hoyem, and Crichton, the longtime modern proprietor of The Brick Row Book Shop, Gilliam having moved it from New York to Austin, Texas in 1953, and finally to San Francisco, 1971.