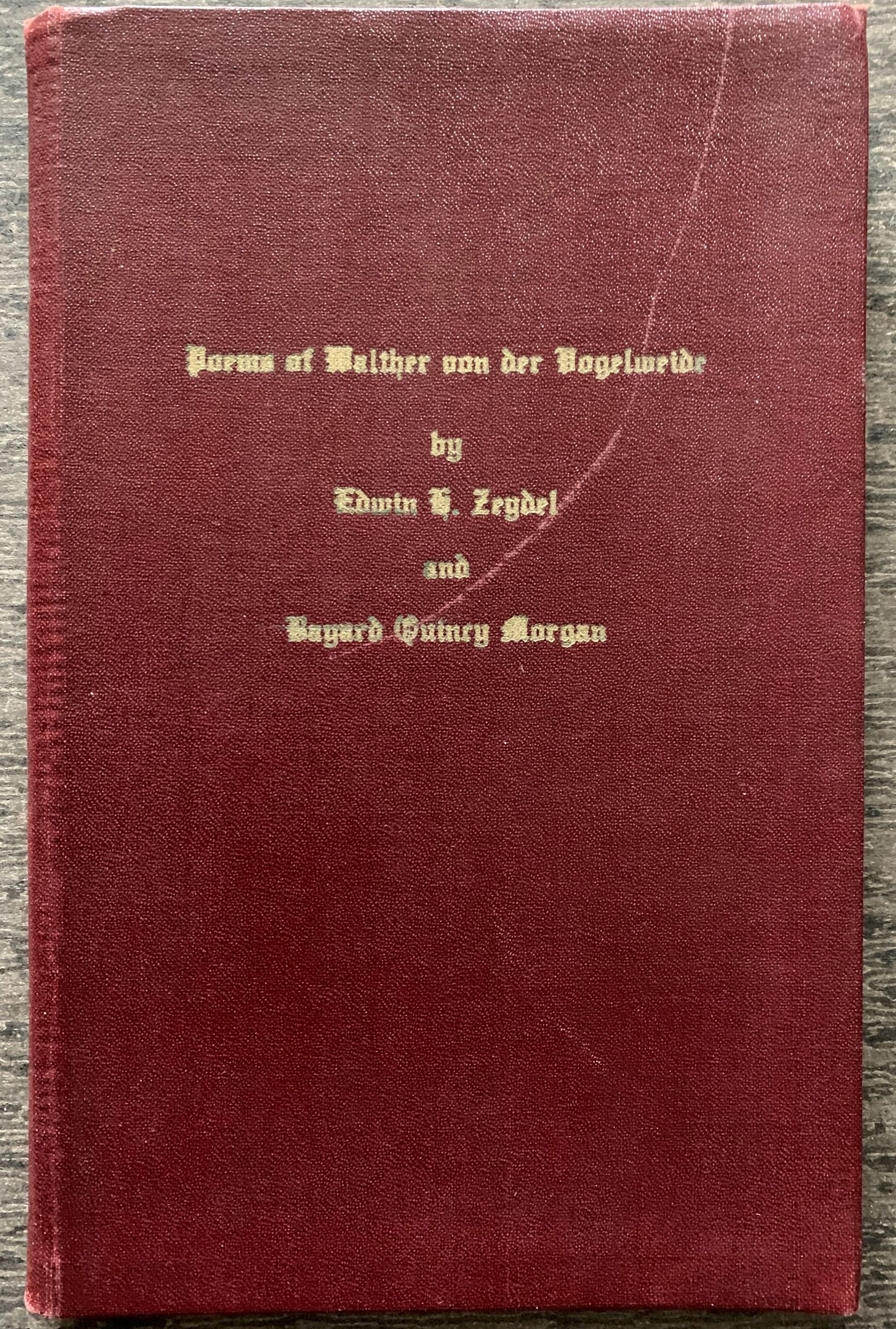 Lithoprinted by the Thrift Press, Ithaca, N. Y. Signed by Zeydel and Morgan on the title page, which also has a handstamped number 0044. 77pp; 8vo; bound in burgandy fabrikoid lettered in gilt. Slight surface scrape across top right portion front cover. Possibly a limited edition in this format. Appears to be quite scarce in any format.

"Walther von der Vogelweide (c. 1170 – c. 1230) was a Minnesänger, who composed and performed love-songs and political songs ("Sprüche") in Middle High German. Walther has been described as greatest German lyrical poet before Goethe; his hundred or so love-songs are widely regarded as the pinnacle of Minnesang, the medieval German love lyric, and his innovations breathed new life into the tradition of courtly love. He is also the first political poet writing in German, with a considerable body of encomium, satire, invective, and moralising." [wiki]