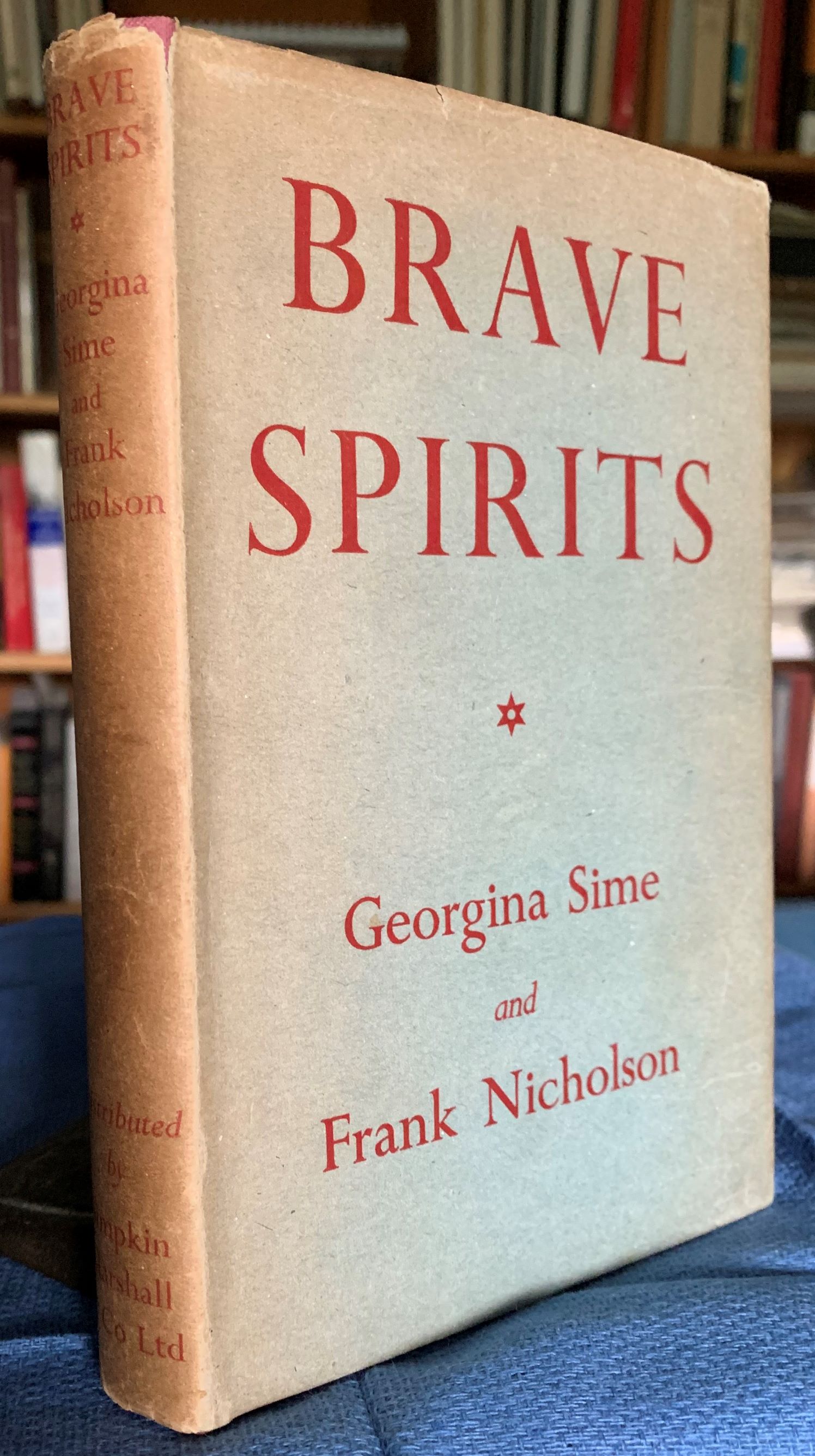 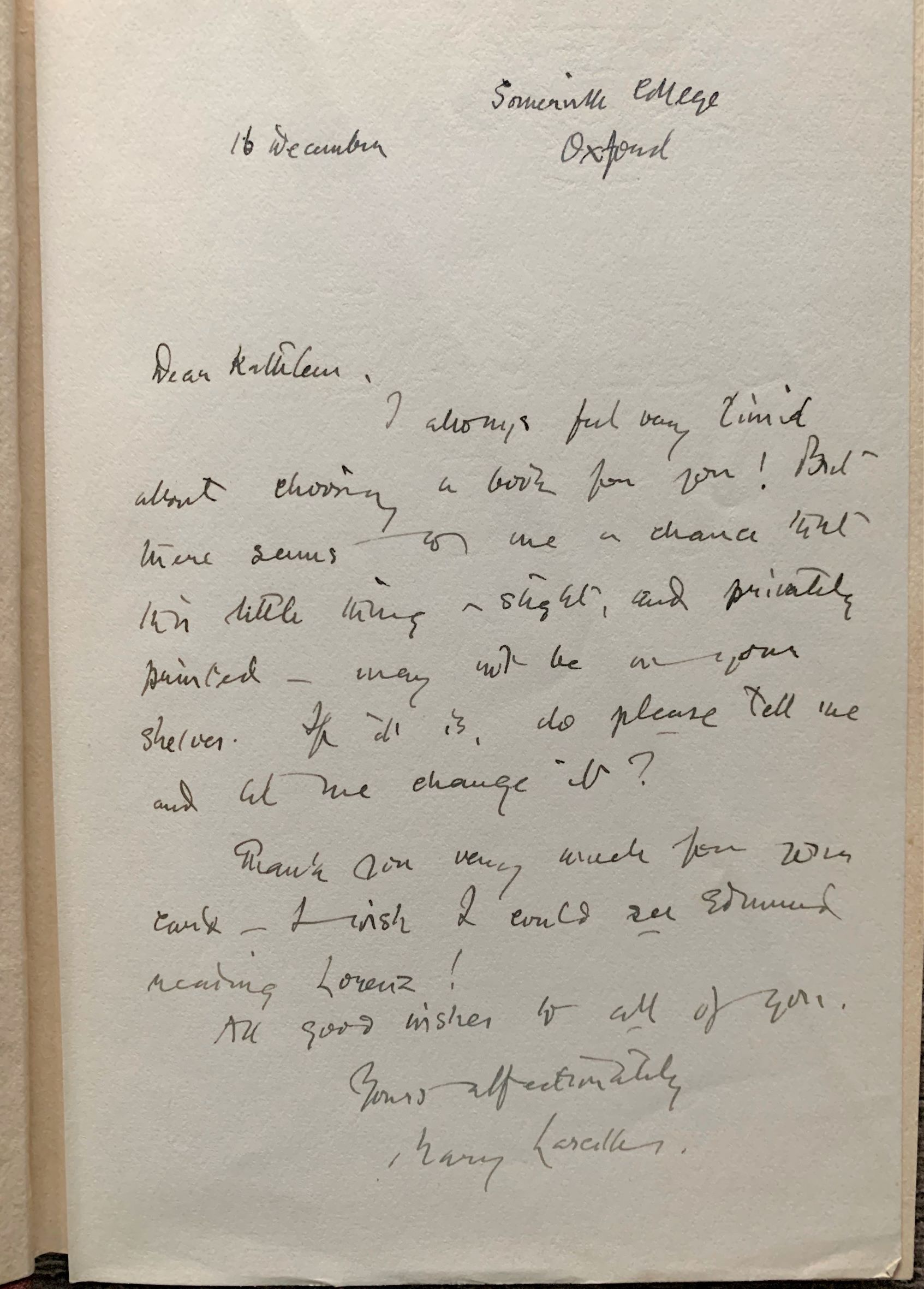 Brave Spirits. [with h.l.s. laid in from Mary Lascelles to Kathleen Tillotson]

By: Sime, Georgina, and Frank Nicholson.

165pp.; cloth in printed paper jacket with a few chips to top edges, and a short closed tear top spine corner; faded at extremities, spine tanned. Some offset tanning to endpapers The one page letter, only date 16 December, Somerville College, Oxford begins, "Dear Kathleen, I always feel very timid about choosing a book for you! . .." Mary Madge Lascelles, was a British literary scholar, specialising in Jane Austen, Shakespeare, Samuel Johnson, and Walter Scott. She was vice-principal of Somerville College, Oxford, from 1947 to 1960, and a university lecturer then reader in English literature 1960 from to 1967 at the University of Oxford. Kathleen Tillotson was a British academic and literary critic, professor of English and distinguished Elizabethan and Victorian scholar.

From the collection / stock of the late Ian Jackson, with seven lines of his notes in pencil on rear pastedown, i.e. "Kathleen Tillotson's copy from Jarndyce."

Title: Brave Spirits. [with h.l.s. laid in from Mary Lascelles to Kathleen Tillotson]

Brave Spirits. [with h.l.s. laid in from Mary Lascelles to Kathleen Tillotson]