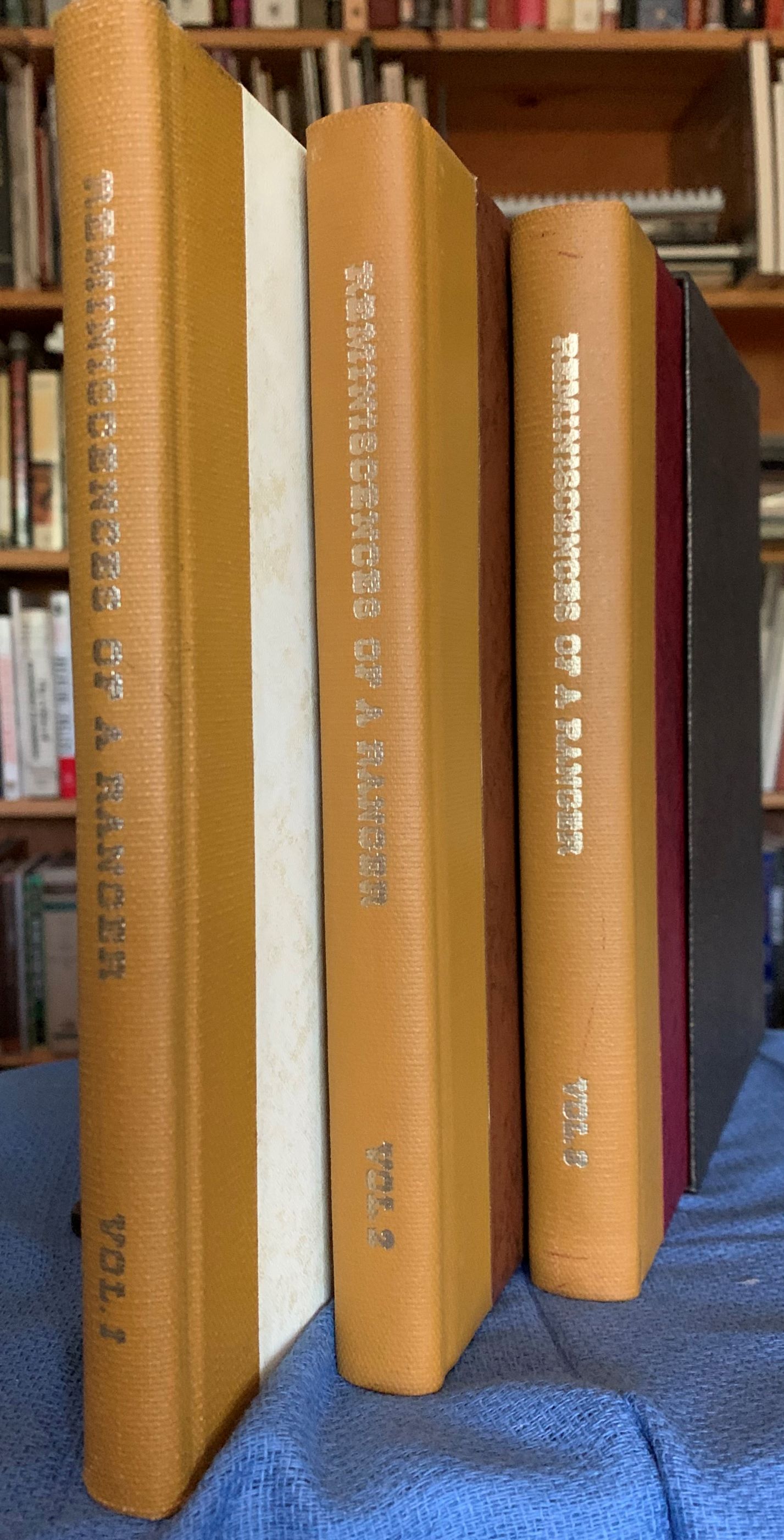 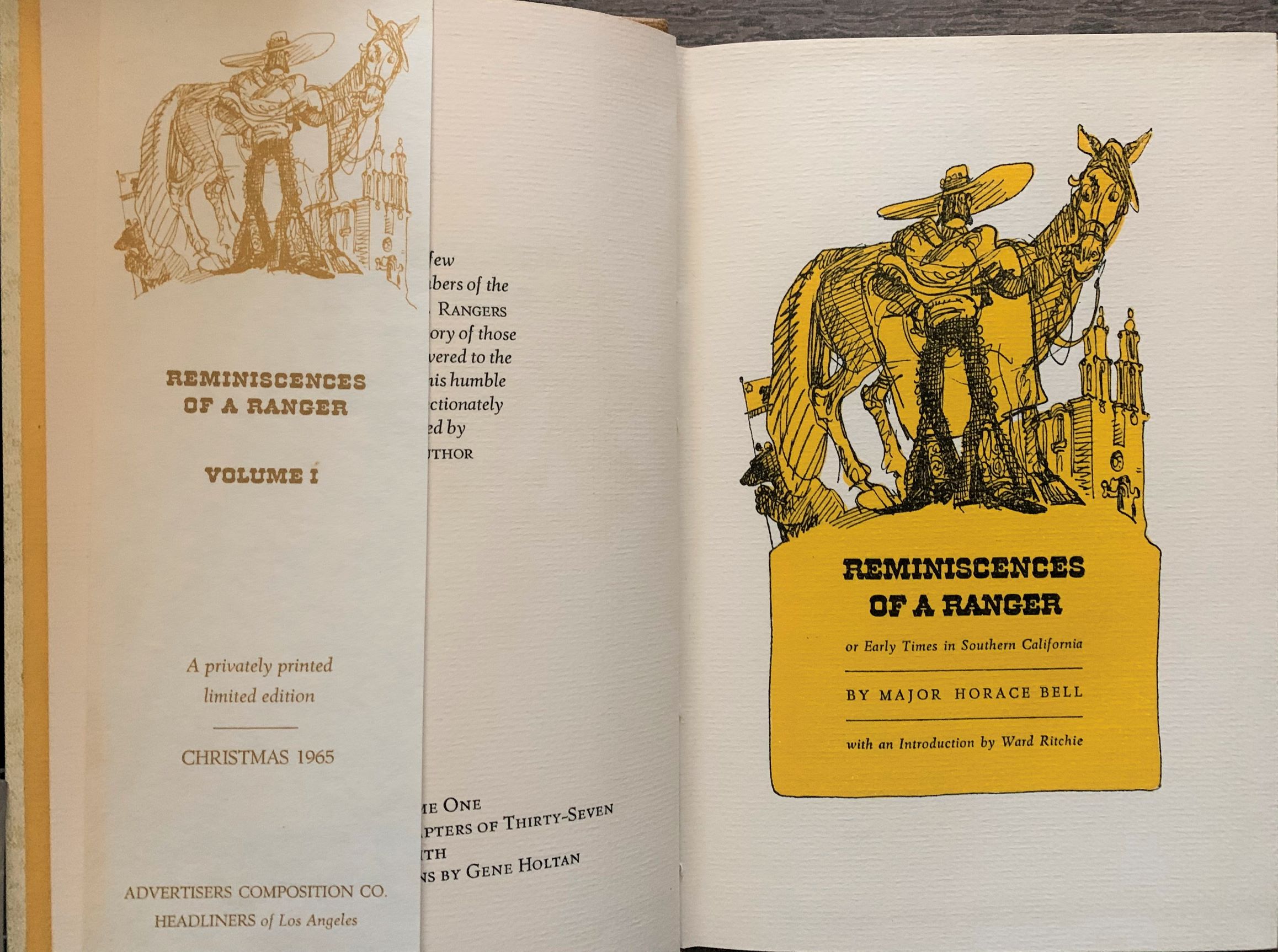 Reminiscences of a Ranger. Or, Early Times in Southern California [Three Volume Set].

Privately printed, one volume issued each year: 8vo; mustard cloth backs and various colored cloth over boards, in slipcases; all with new illustrations by Gene Holtan; each volume with printed promotional bookmark laid in. VOLUME ONE: Comprising eight chapters of thirty-seven; introduction by Ward Ritchie; No. 269 of 1200 copies printed letterpress by Anderson, Ritchies & Simon. VOLUME TWO: Comprising the ninth to the twenty-seventh chapters; no. 323 of 1500 copies printed offset by Advertisers Composition Co. VOLUME THREE: Comprising the twenty-third to the thirty-seventh chapter; no.719 if 1500 copies printed offset by Advertisers Composition Co. Slipcase on volume one split at top edge. All else fine.

"The rangers were occupied largely with border police duties or its equivalent service, and many delinquents were apprehended by them and brought to justice or otherwise exterminated. Bell has written more minutely upon the "seamy side" of society than any other Californian author, and there is a fascination about his book. From the long lists of murderous villains, thieving scoundrels, and other unholy characters, it would appear that the polite society of the south in those days was neither large nor extensive." [Cowan II, p. 44]

Reminiscences of a Ranger. Or, Early Times in Southern California [Three Volume Set].