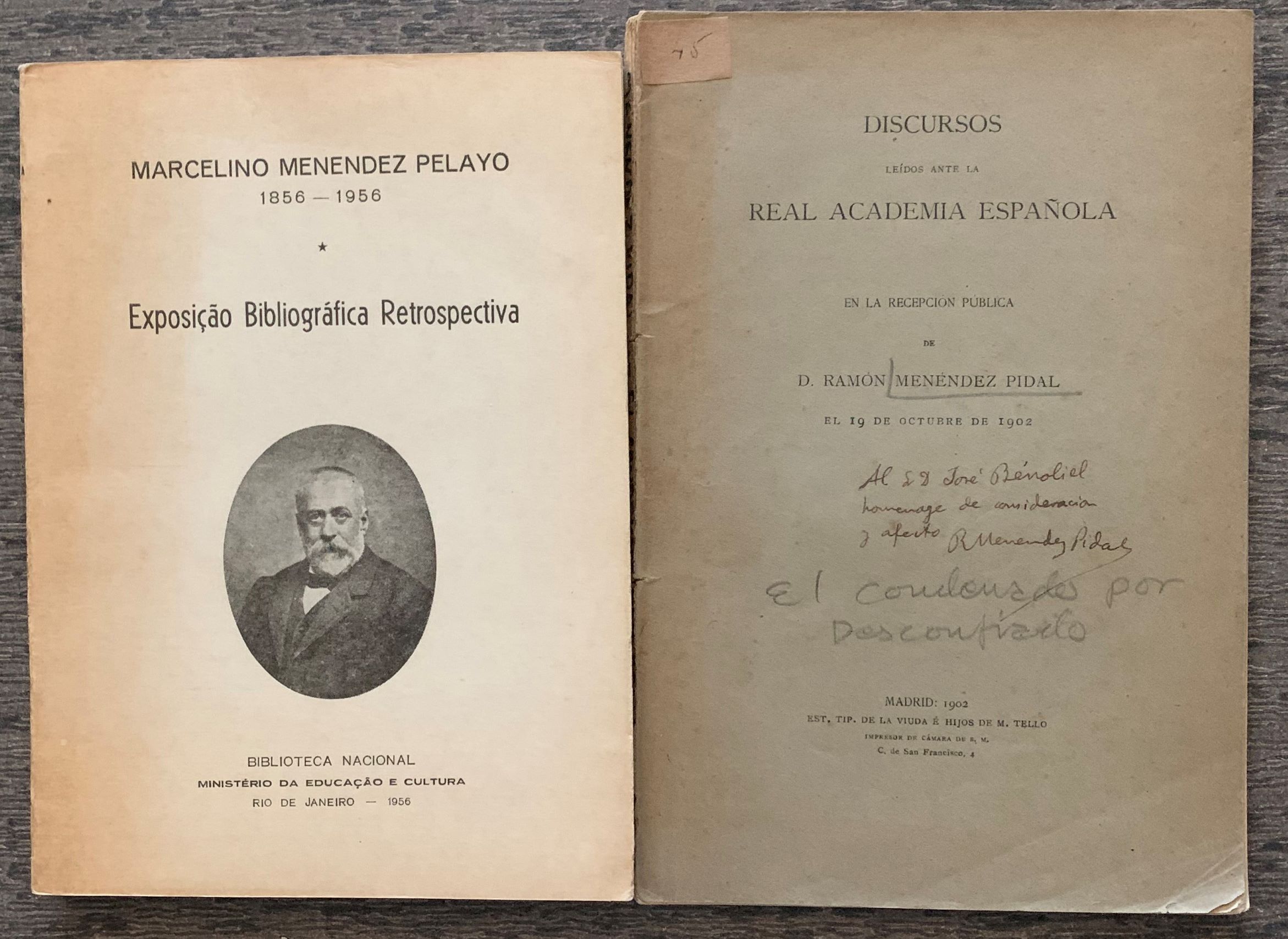 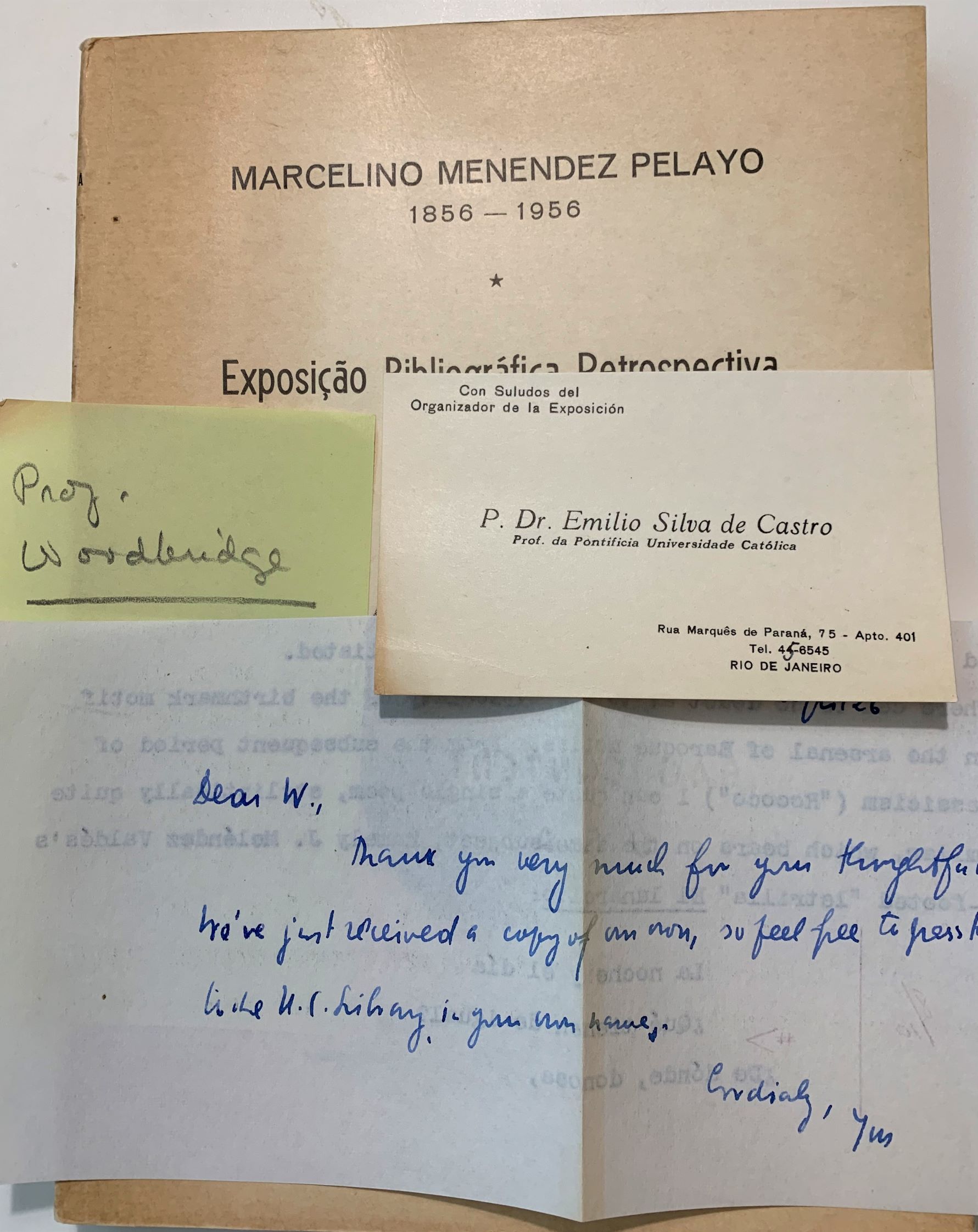 TEXT IN SPANISH. 119pp., portrait frontis; printed white wrappers with tanning to extremities. Business Card of P. Dr. Emilio Silva de Castro laid in with a holograph note of thanks on a scrap of paper, to "Dear W." Separate slip laid in "Prof. Woodbridge." Would appear to be Hensley Charles Woodbridge.

Marcelino Menéndez y Pelayo, was a Spanish scholar, historian and literary critic. Even though his main interest was the history of ideas, and Hispanic philology in general, he also cultivated poetry, translation and philosophy. He was nominated for the Nobel Prize in Literature five times. Professors Silva and Woodbridge were scholars who worked and published in the fields of Spanish language, history and literature.