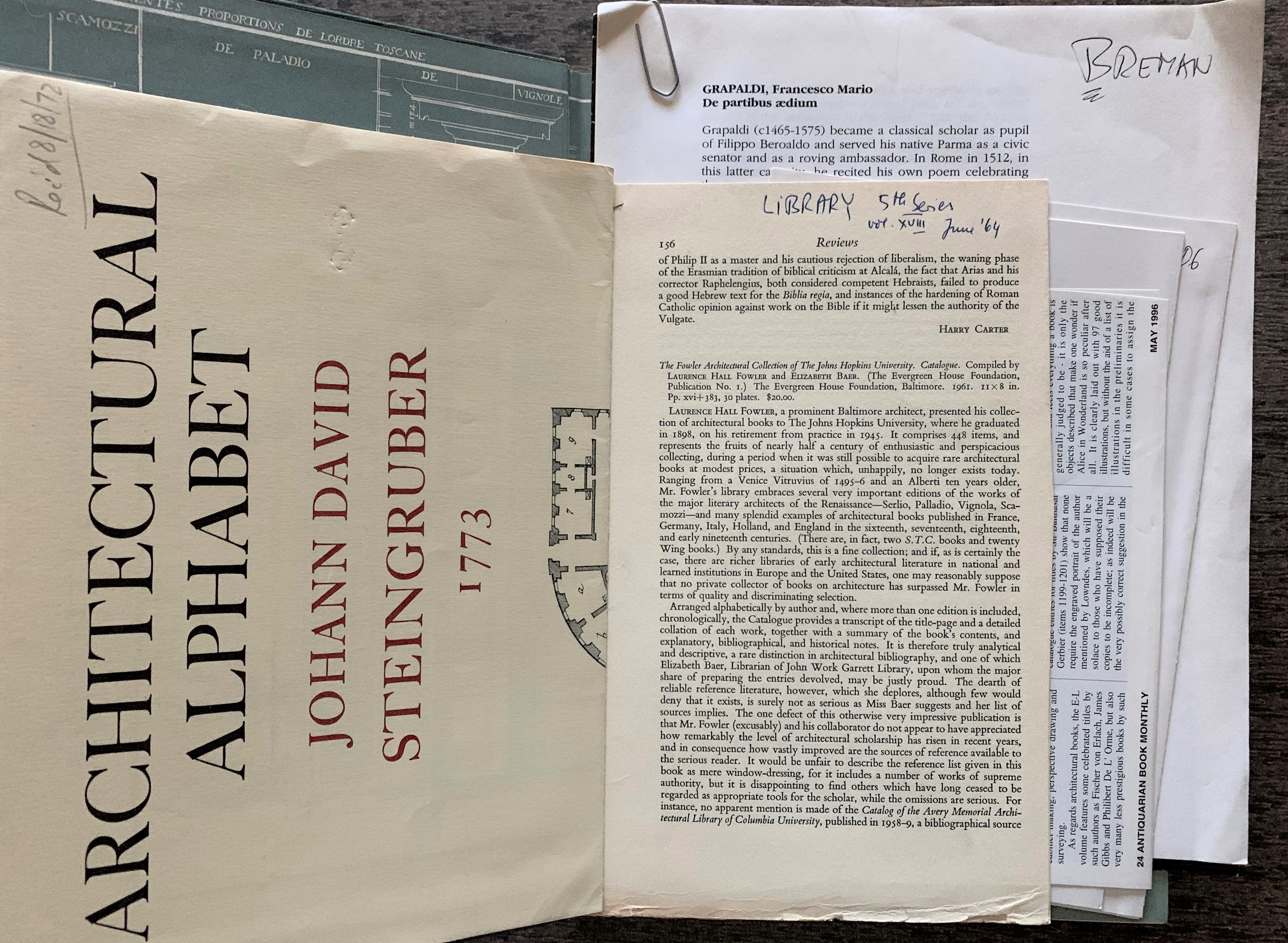 The Fowler Architectural Collection of The John Hopkins University. Catalogue.

Bernard M. Rosenthal's copy with his label on bottom inside corner of pastedown. Laid in at the section for Francesco Mario Grapaldi, are 9 loose, printed pages of an introduction and catalogue of editions of Grapaldi, with the word Breman written in black ink top corner. Would appear to be from Weinreb & Breman. Rosenthal is referenced in the introduction "(as Bernard Rosenthal, who reads Latin rather more easily than most of us, observed in his catalogue 22 of 'spring 1971', where he added that) 'For a picture of what the Renaissance knew about the daily habits of the ancients, no better source could be used'. " Also laid in are a prospectus for the Merrion Press edition of Johann David Steingruber's Architectural Alphabets, a Charles Wood, Bookseller catalog of nineteen early editions of Palladio's writings, and several other catalogs and pieces related to architecture, with several catalogue pages laid in under Vitruvius, where BMR has mad some margin notes in pencil.

The Fowler Architectural Collection of The John Hopkins University. Catalogue.