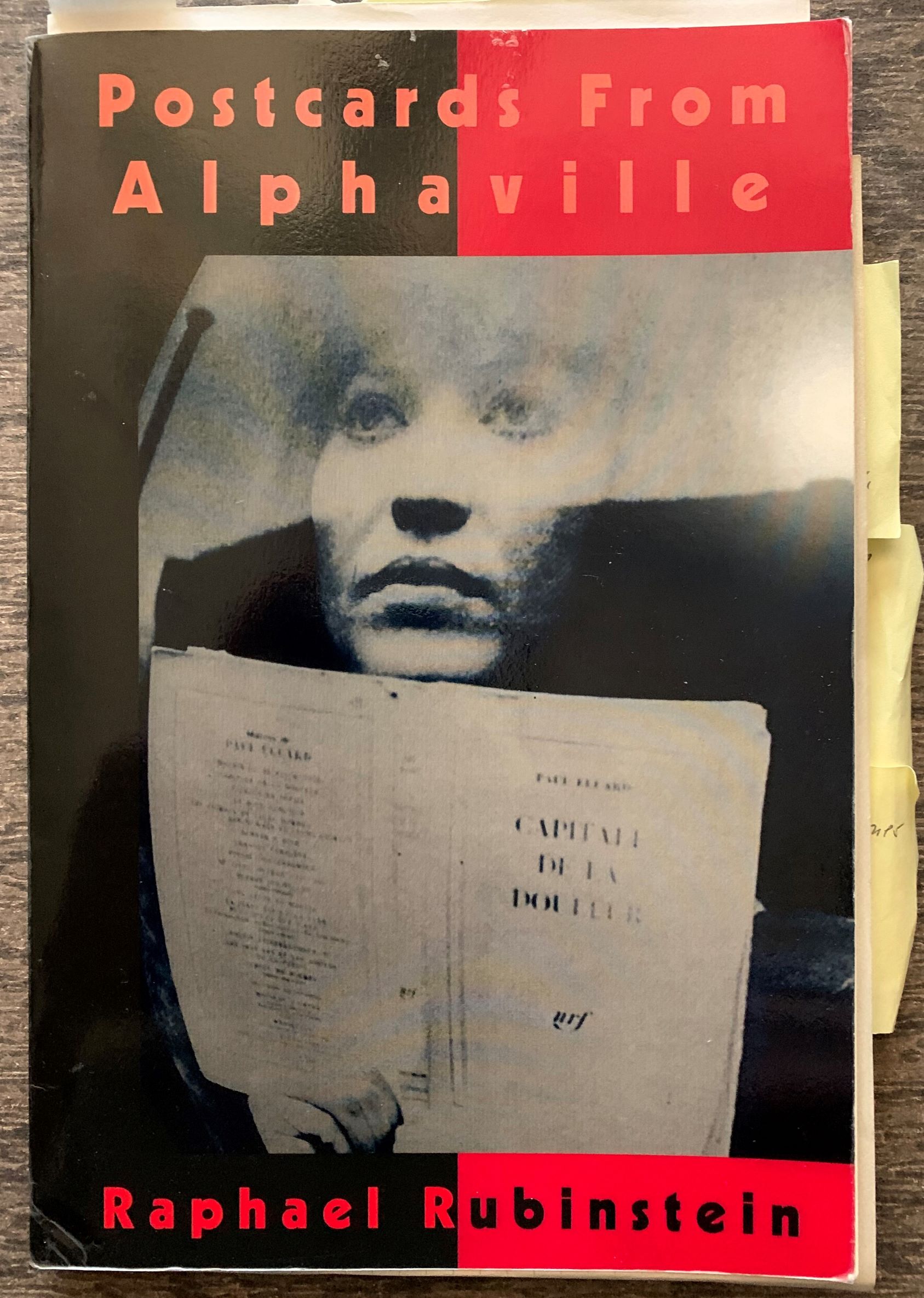 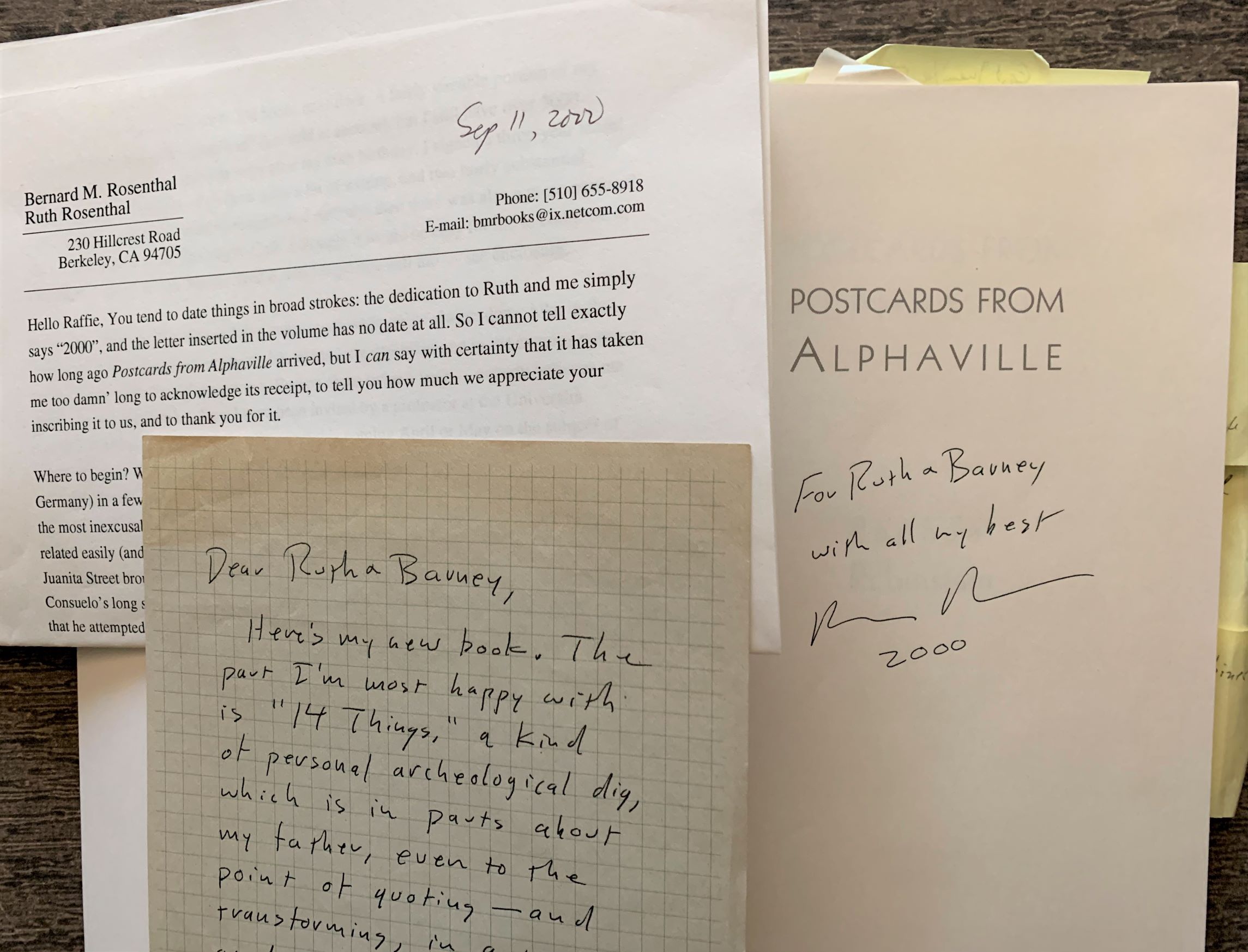 Postcards from Alphaville. (Inscribed by the author, with h.l.s. laid in).

165pp.; pictorial wrappers. Foot of spine bumped. Inscribed on half-title to Berkeley, California resident and eminent antiquarian bookseller Berrnard M. Rosenthal. "For Ruth and Barney, all the best, Raphael Rubinstein." Laid in are two pieces of correspondence between the author and Barney Rosenthal: a holograph letter written on 8" x 6" graph paper on both sides: "Dear Ruth & Barney, Here's my new book. The part I'm most happy with '14 Things', a kind of personal archaeological dig, which is in part about my father even to the point of quoting - and transforming . . . All's well here. Rosa is 13 months old, walking & talking, after her fashion, and giving Elena & I much joy, always . . . etc., etc., Much love Raffie." A copy of Barney Rosenthal's printed page and a half reply, on his letterhead. First, it should be mentioned that Raphael Rubinstein's father, Joseph Rubinstein, after a distinguished career as a librarian followed a long-cherished dream of entering the book trade, moved to the town he grew up in, Tucson, Arizona and established himself as an antiquarian dealer in 1963. As it happens he had studied Renaissance and Medieval History at University of California, Berkeley in the 1940's, and fast forward - we find him taking up residence in Berkeley once again in 1970, after two years in San Francisco, and surely was already well acquainted with the colleague who shared many of the same scholarly and bibliographic interests, Barney Rosenthal. Unfortunately Joe Rubinstein would only live several more years before his heart gave out at 55 years. The letter references memories of young Raphael on East Juanita Street in Tucson, and sadness at loosing a colleague with whom he expected to share a lasting professional and personal relationship. Rosenthal read the book sent him before writing, as it is festooned with post-it notes, especially in the chapter "14 Things," and his letter devotes several paragraphs to the book. The last section of the letter "Now to play a little catchup: in the early months of 1999. . ." recounts, among other things "we moved our 4000 odd books next-door . . .So now, just a few months after my 80th birthday, I signed a three-year lease!. That's what I call chutzpa . . ." (I'm in awe).

Title: Postcards from Alphaville. (Inscribed by the author, with h.l.s. laid in).

Postcards from Alphaville. (Inscribed by the author, with h.l.s. laid in).