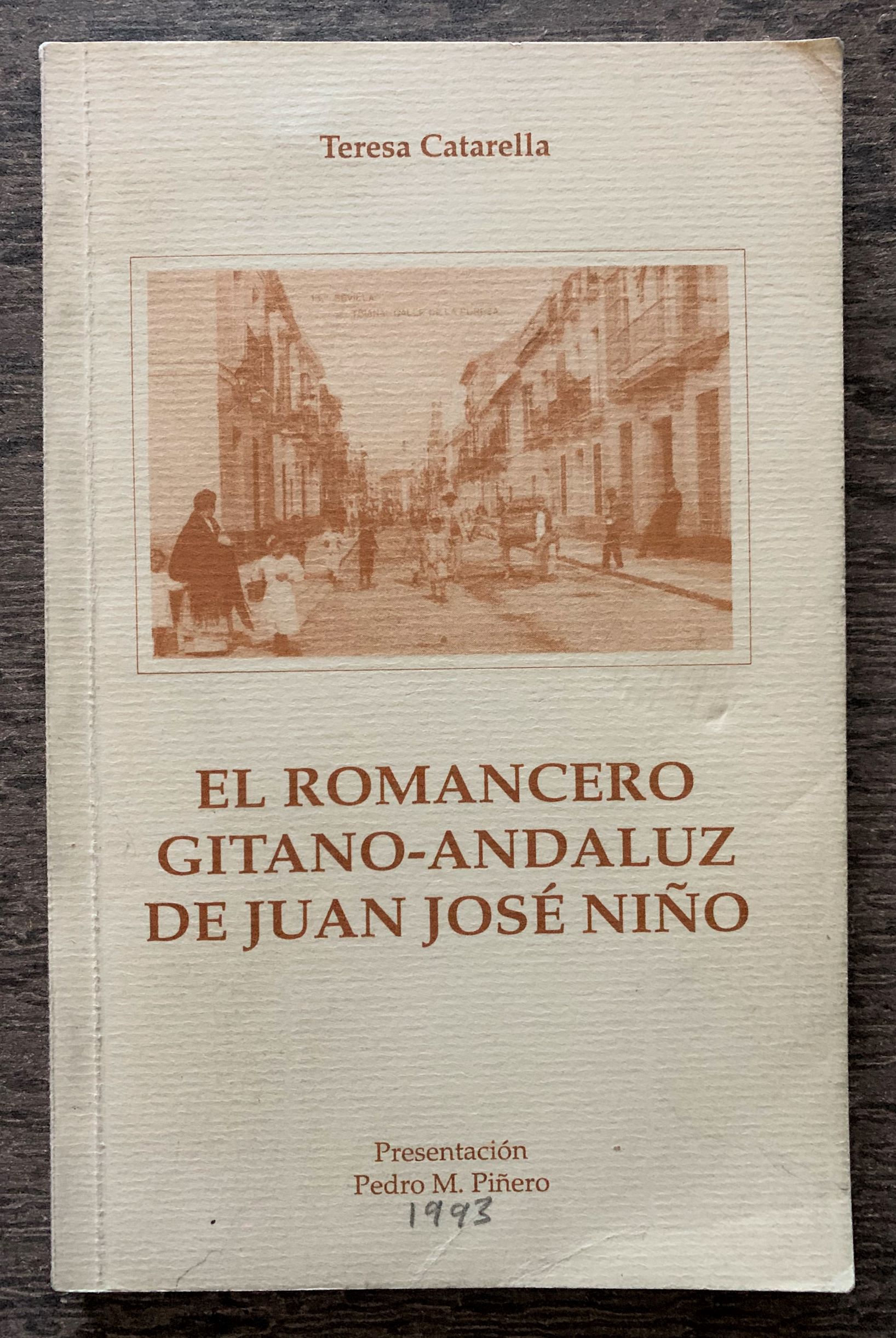 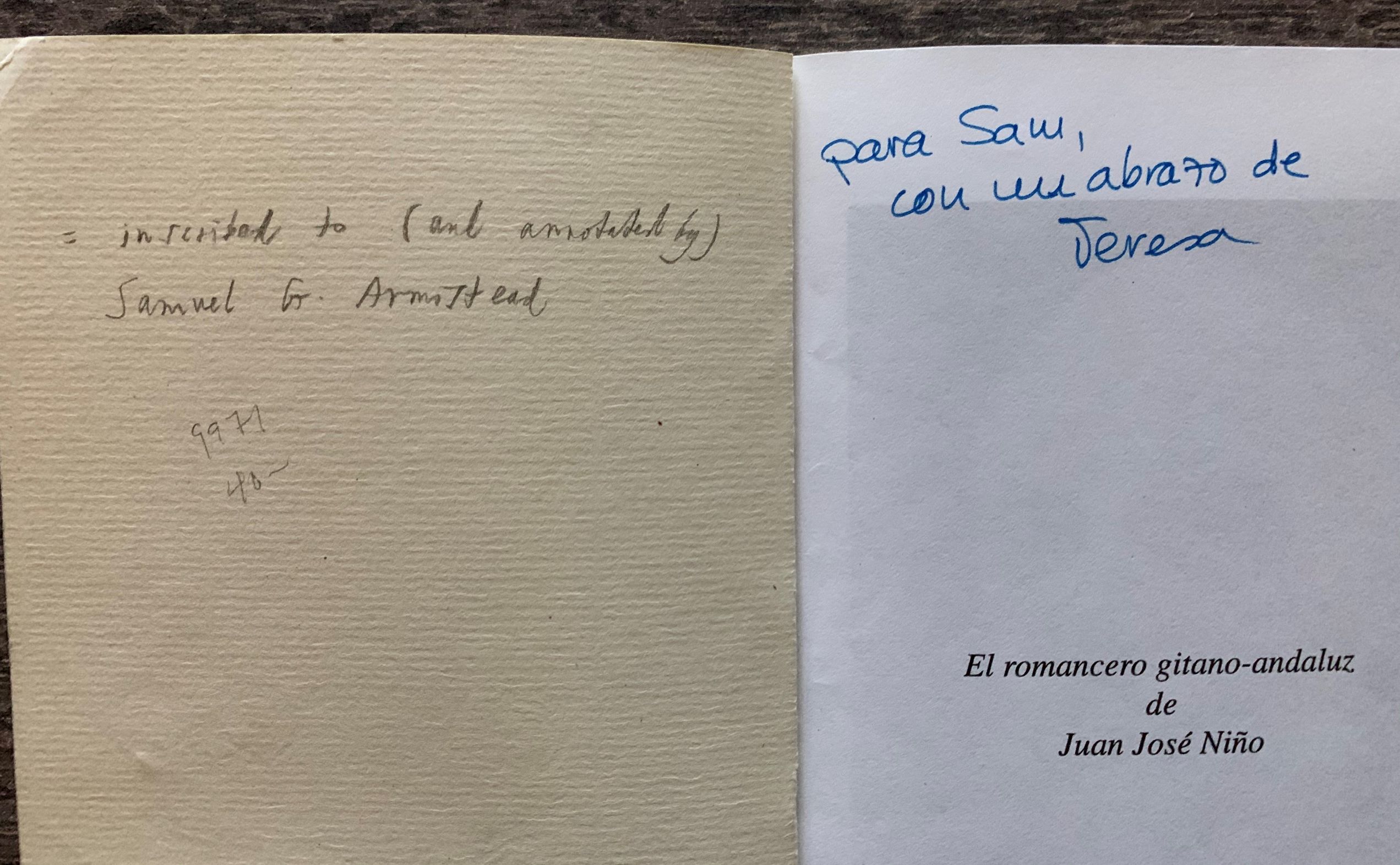 TEXT IN SPANISH. 149pp.; 12mo; cream wrappers. Inscribed by the author on half-title: "para Sam, con un abrago de Teresa." From the library/stock of the late Ian Jackson with his note in pencil inside front cover: "inscribed to (and annotated by) Samuel G. Armistead." Pencil annotations, underlines throughout text, with a full page and a half of notes in pencil on rear blank endpaper and inside rear cover. Book with light soil, and light wear at top leading corner tip.

Samuel Gordon Armistead was a prominent American ethnographer, linguist, folklorist, historian, literary critic and professor of Spanish. He is considered one of the most notable Hispanist scholars of the second half of the 20th and early 21st century. He taught at The University of California at Davis from 1982 until his death in 2013.