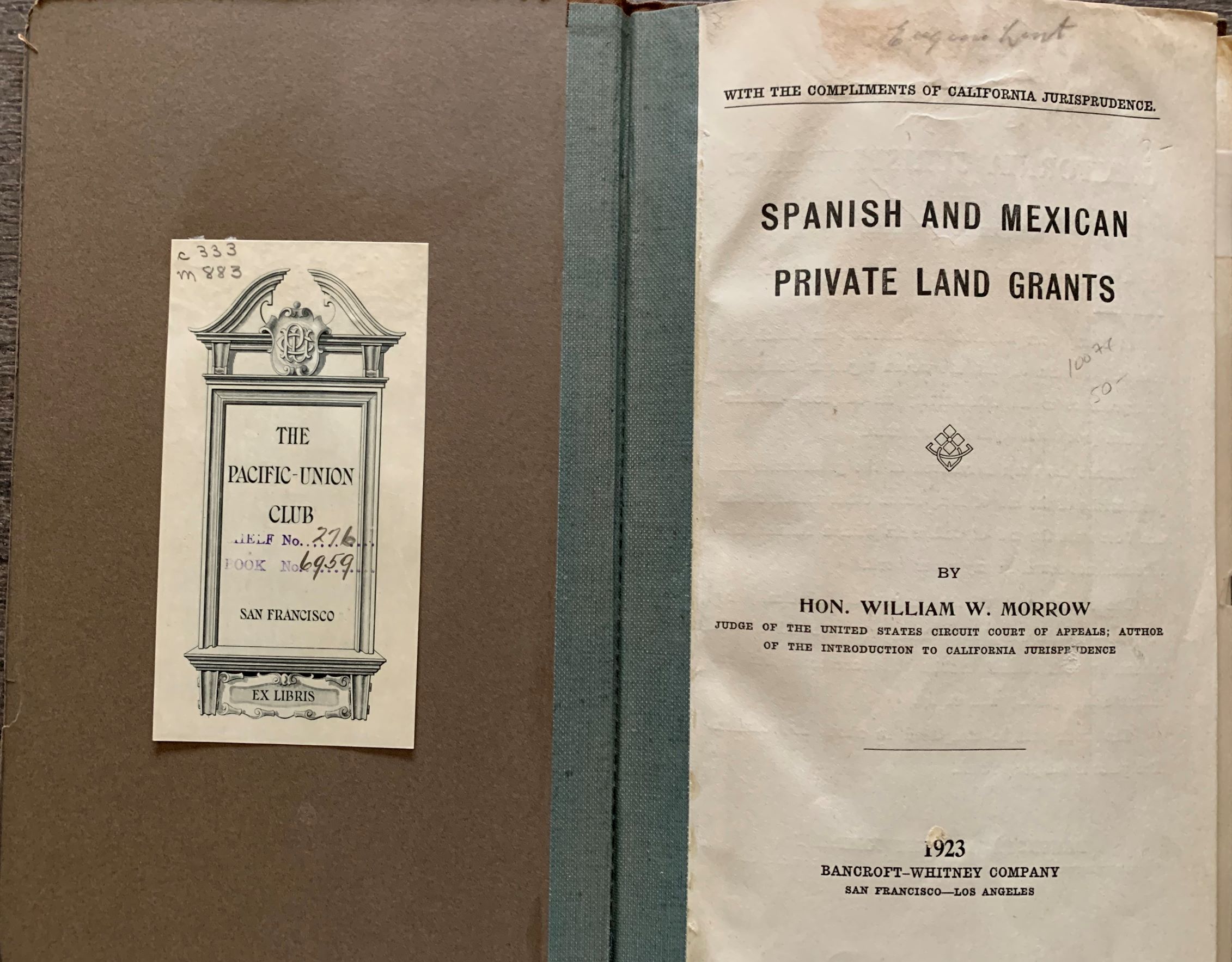 Judge Morrow, was Justice of the United States Circuit Court of Appeals, Ninth Judicial District. He was also a three term U. S. congressman, and a civic leader in San Francisco.