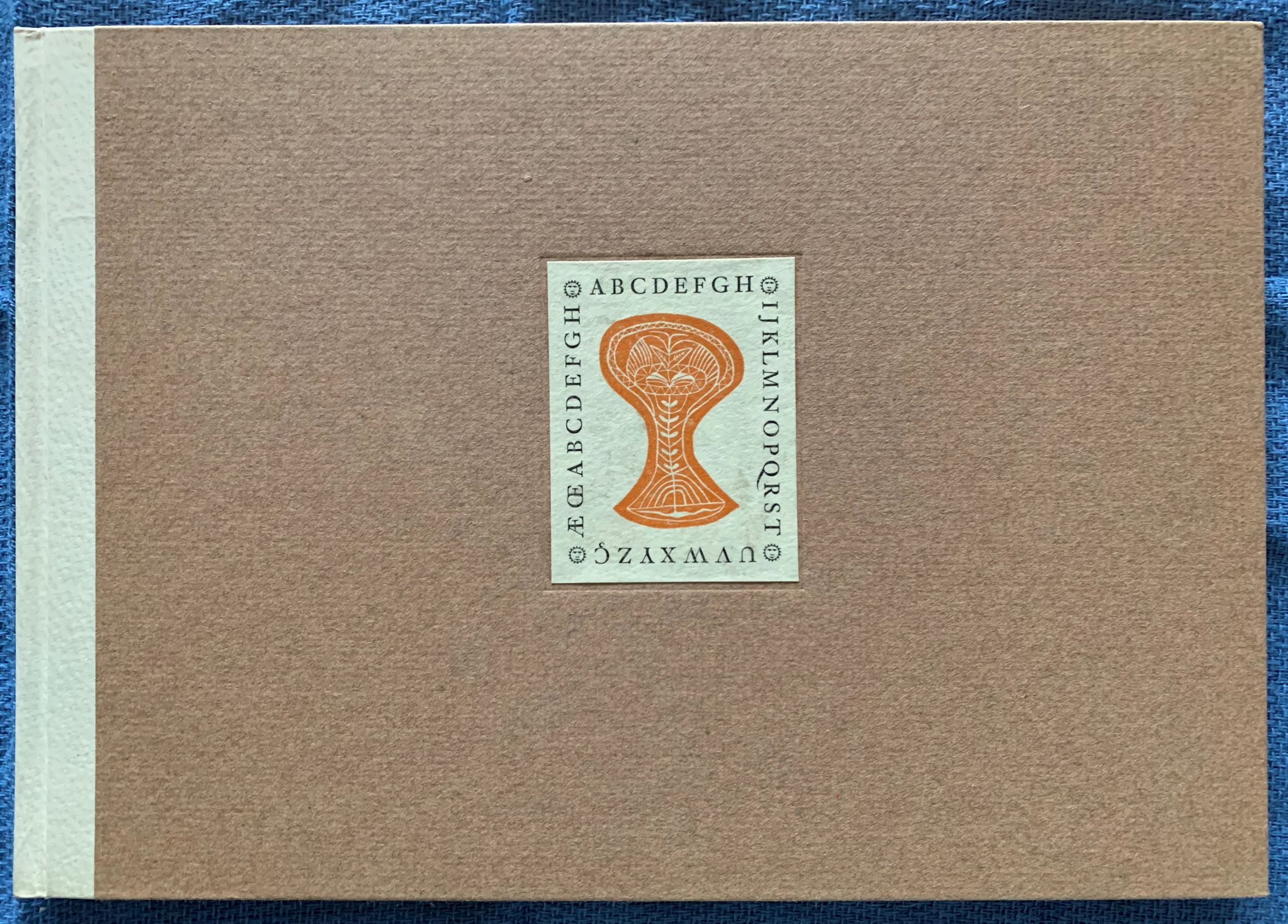 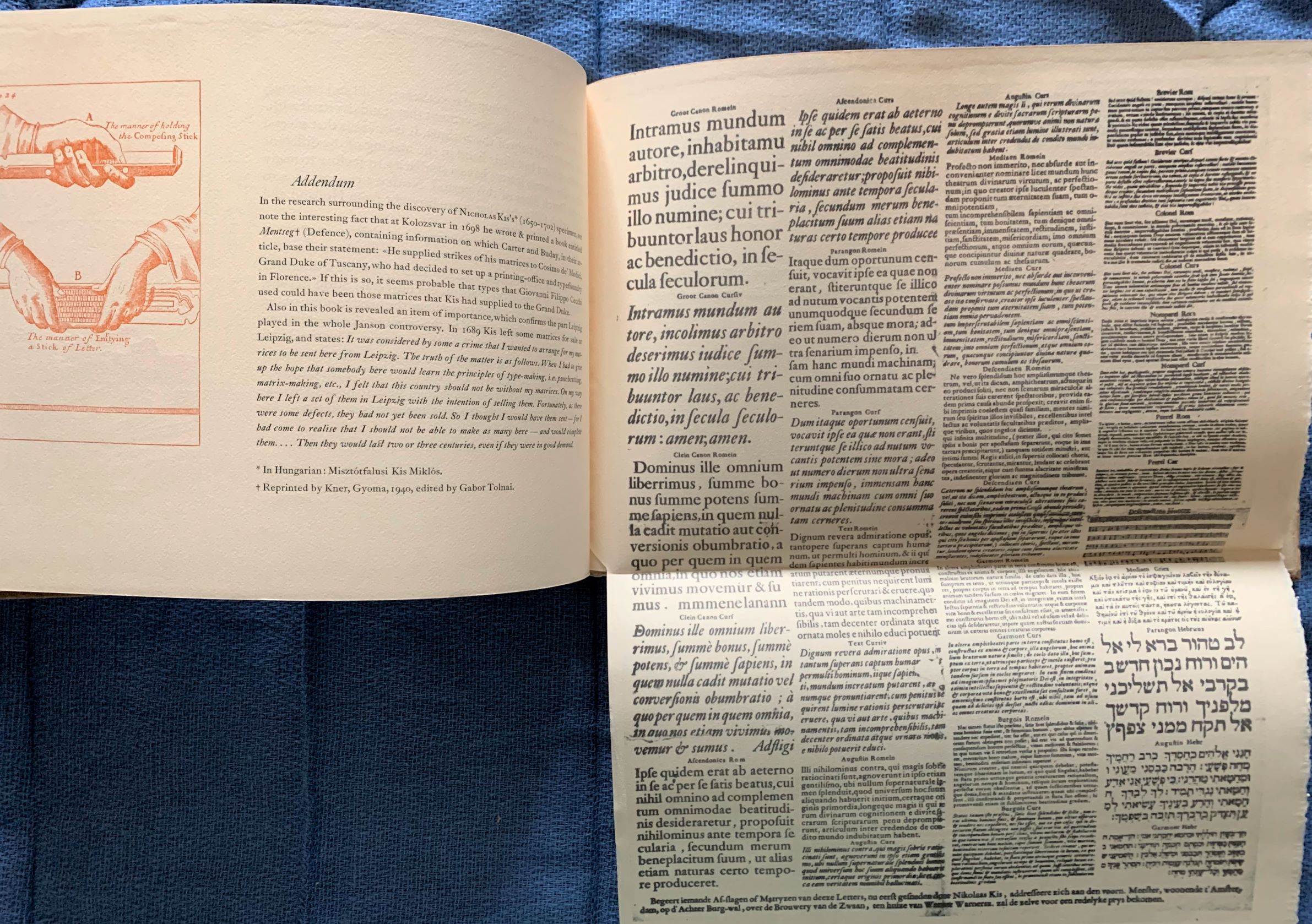 Type-specimen book, with introductory essay by Jack Werner Stauffacher, owner of the press. In 1950, Stauffacher purchased from D. Stempel A. G., a complete run of a handsome seventeenth-eighteenth century Dutch Type, which had become known, erroneously, as Janson; later research showed it to have been the creation of Nicholas Kis. Four years later he published this learned exposition of the typeface, which was selected as one of the Fifty Books of the Year by the American Institute of Graphic Art, [from Kirshenbaum, 5 Fine Printer]. The inscription above is timely. The origin of the Greenwood Press starts in a family washroom in San Mateo, where the 14 year old Stauffacher experimented with a 3X5" Kelsey platen printing outfit; the first book from the press, Three Choice Sketches by Geoffrey Crayon, gent. was issued in 1941. Fast forward through study in Florence on a Fullbright grant, teaching and creating at Carnegie-Mellon, an appointment as typographic director at Stanford University Press in 1963, and we find him returning to San Francisco and reopening The Greenwood Press in 1966. Jim Robertson at the time would have been a younger acolyte perhaps, about 31 years old, with a recently co-founded design firm, Robertson / Montgomery, who's passion for design and typography would eventually lead him, with Carolyn Robertson, to Covelo, California and the beginning of The Yolla Bolly Press. They remained typographically thick as thieves.