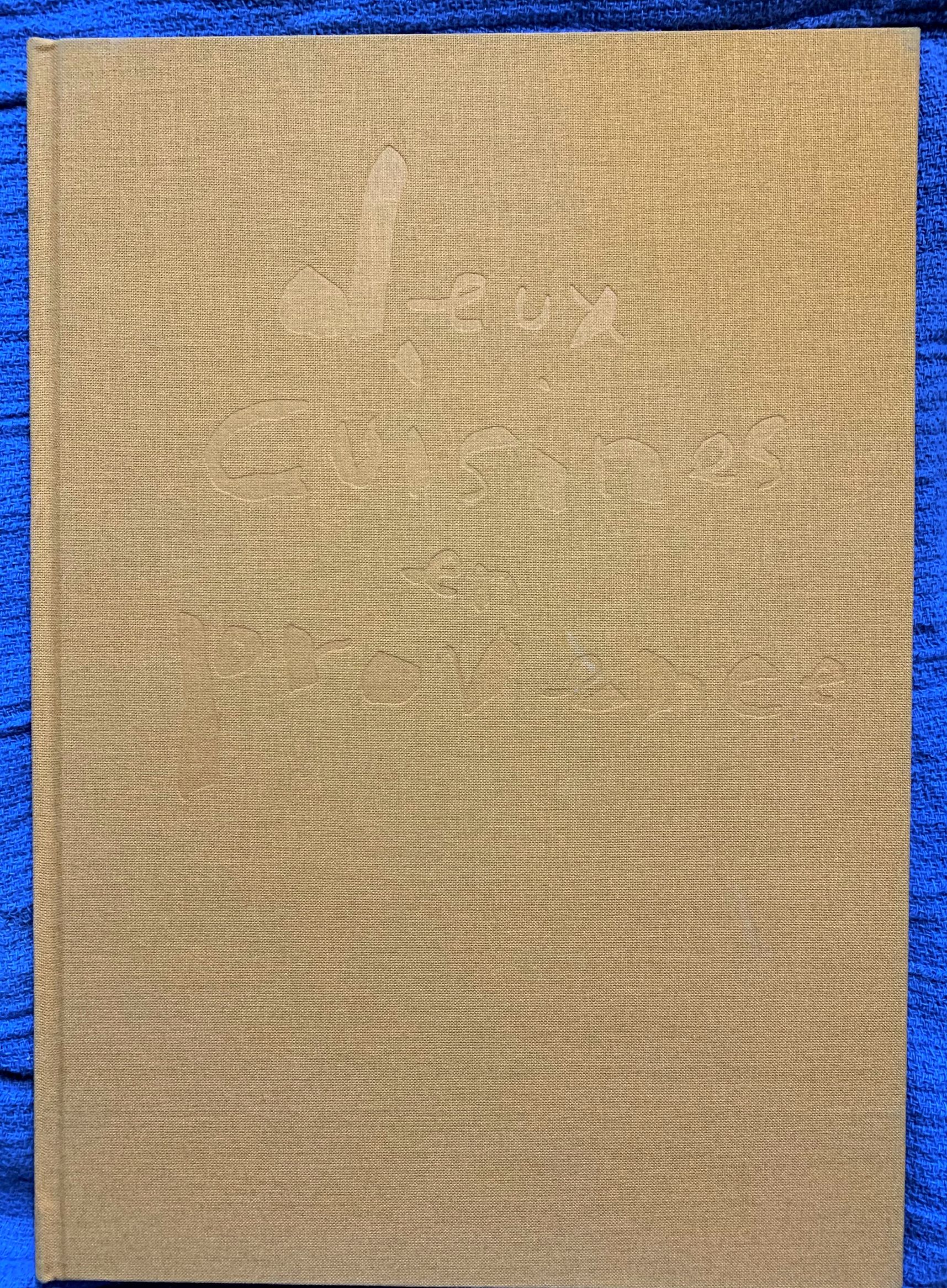 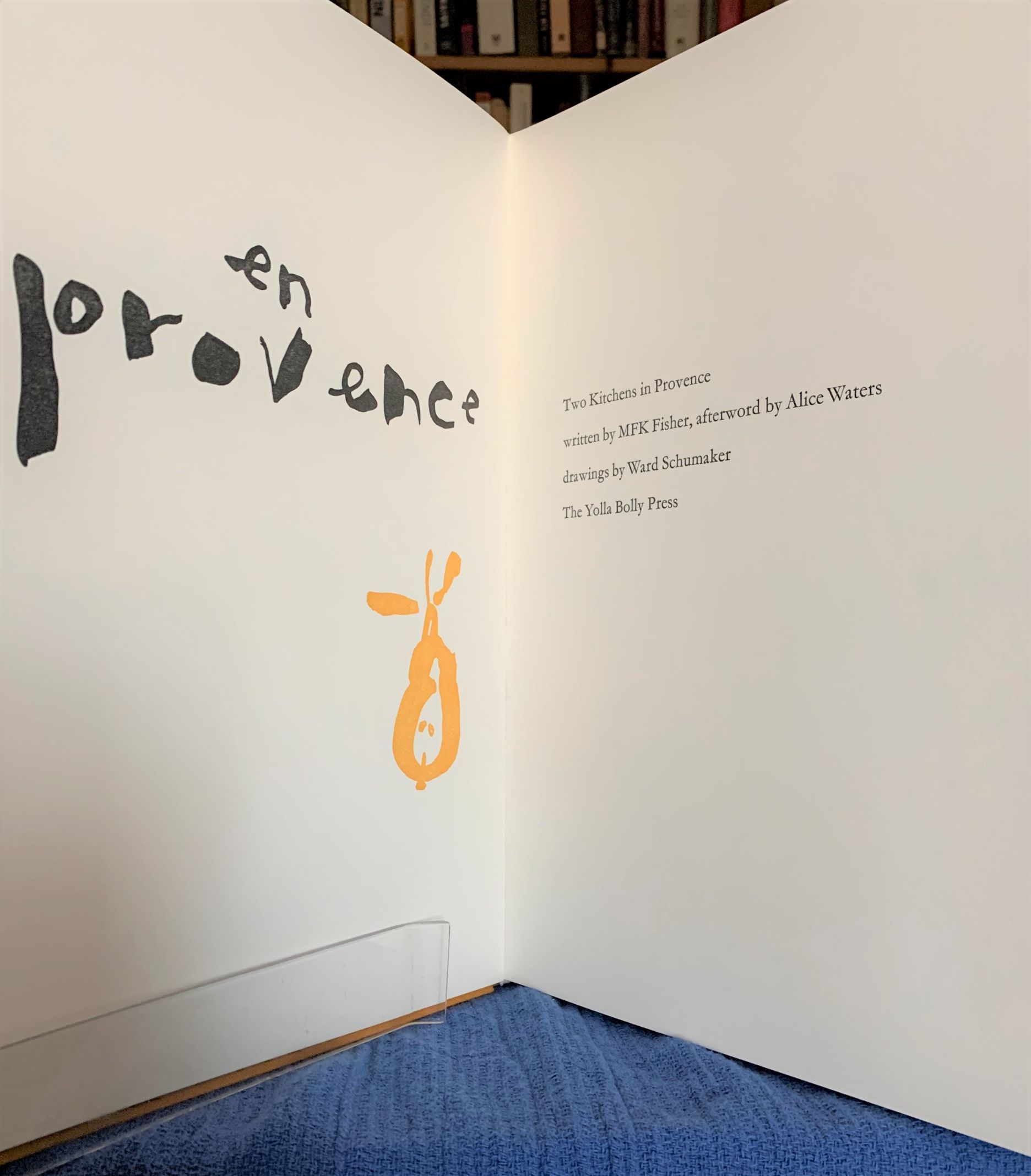 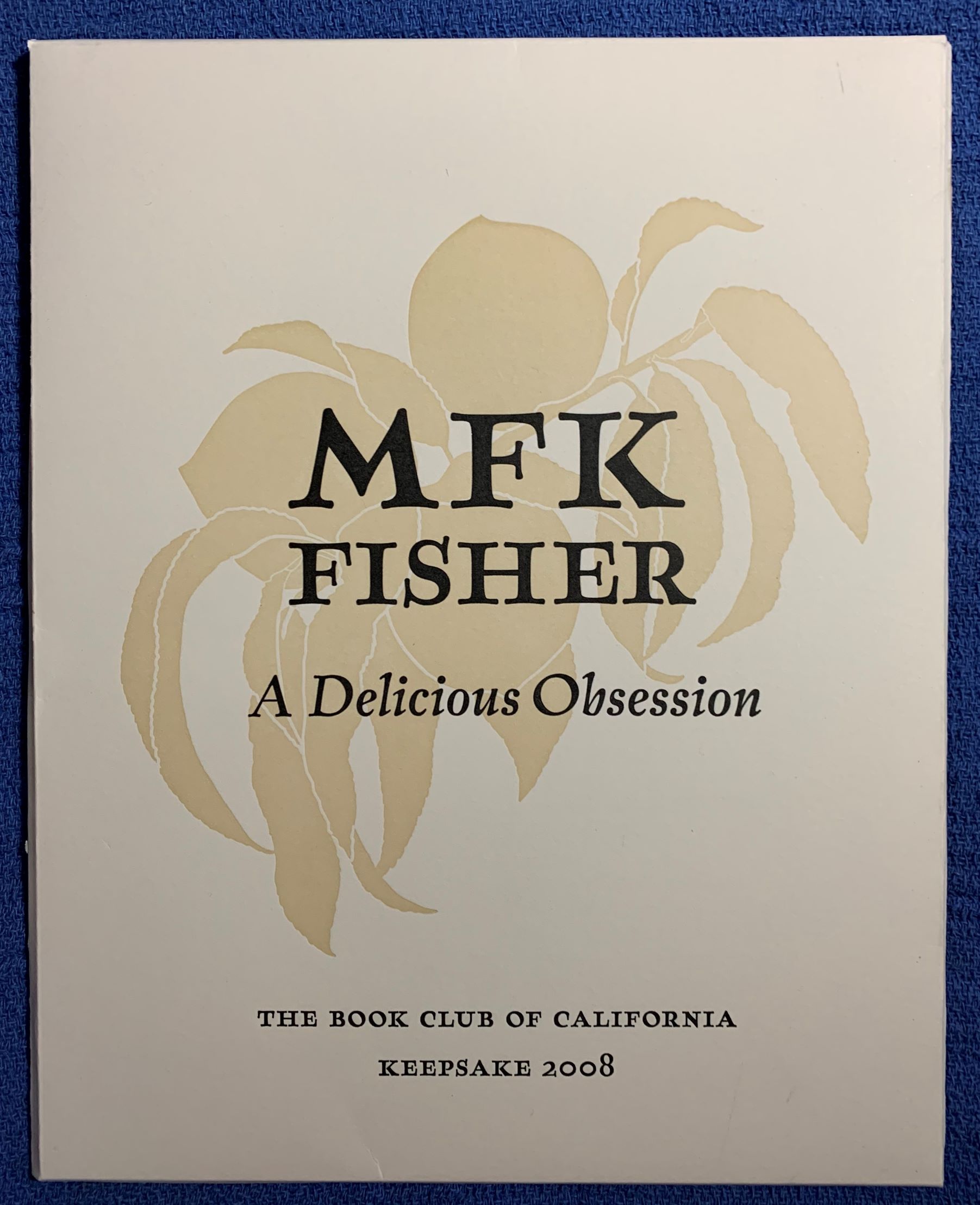 Book Condition: Fine condition in like slipcase, with prospectus included.

64. pp; folio; blind stamped mustard Dutch fabric over boards; French endsheets; text composed in the typeface modeled after that of French designer Claude Garamond; set in part by hand at the Press, and by Monotype at the office of Michaels and Winifred Bixler; printed on mouldmade paper entirely by letterpress. The drawings are printed in three colors from photopolymer plates made from the artist's originals. Yolla Bolly illustrated & printed postcard announcement laid in. A Delicious Obsession: Collecting the Works of M.F.K. Fisher, A Centennary Show of books, periodicals & ephemera from the collection of Randall Tarpey-Schwed (at The Book Club of California, September 8-October 27, 2008); a broadside including a 76 item checklist from the exhibition, with text from A Thing Shared, M.F.K. Fisher (1918); plus an insert, Autobiography & Biography: Channeling M.F.K. Fisher by Joan Reardon, culinary historian and author. 10” x 8”. Design & typography by Kathleen Burch. Linoleum block illustrations by Patricia Curtan. Letterpress printing by Patrick Reagh. Letterpress printing: insert & wrapper by John Sullivan. (Keepsake also in fine condition0

"Though the attentiveness of MFK Fisher is characteristic of all her writing, nowhere is it more amiably expressed than in her reminiscences comprising Two Kitchens in Provence. Colorful and gently eccentric, these essays, paeans to eating locally, recall the writer's pursuit of food during her stays in Provence" [from the prospectus]. Alice Waters contributes a moving tribute to Fisher, including an account of her first meeting with the writer.

Book Condition: Fine condition in like slipcase, with prospectus included.