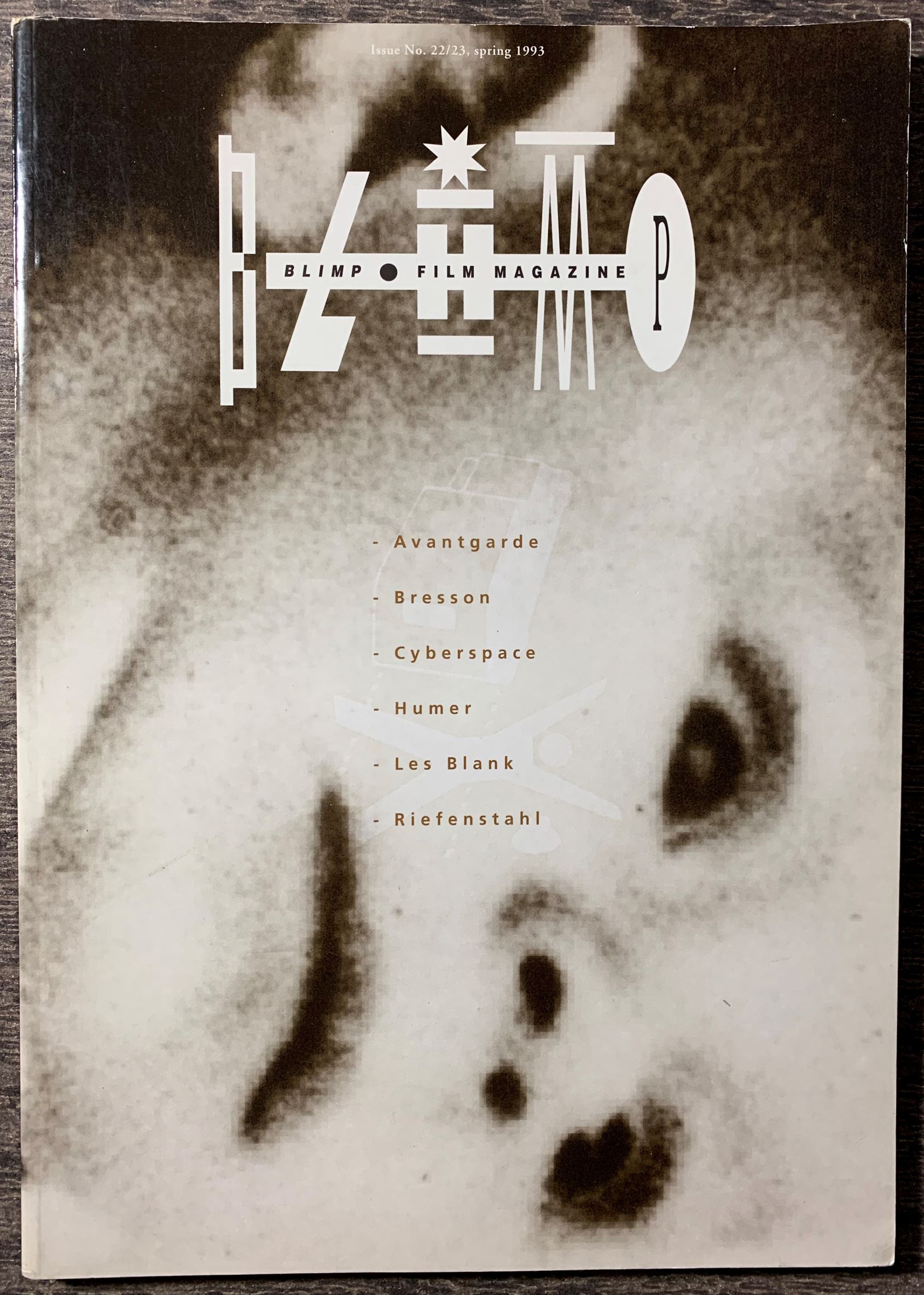 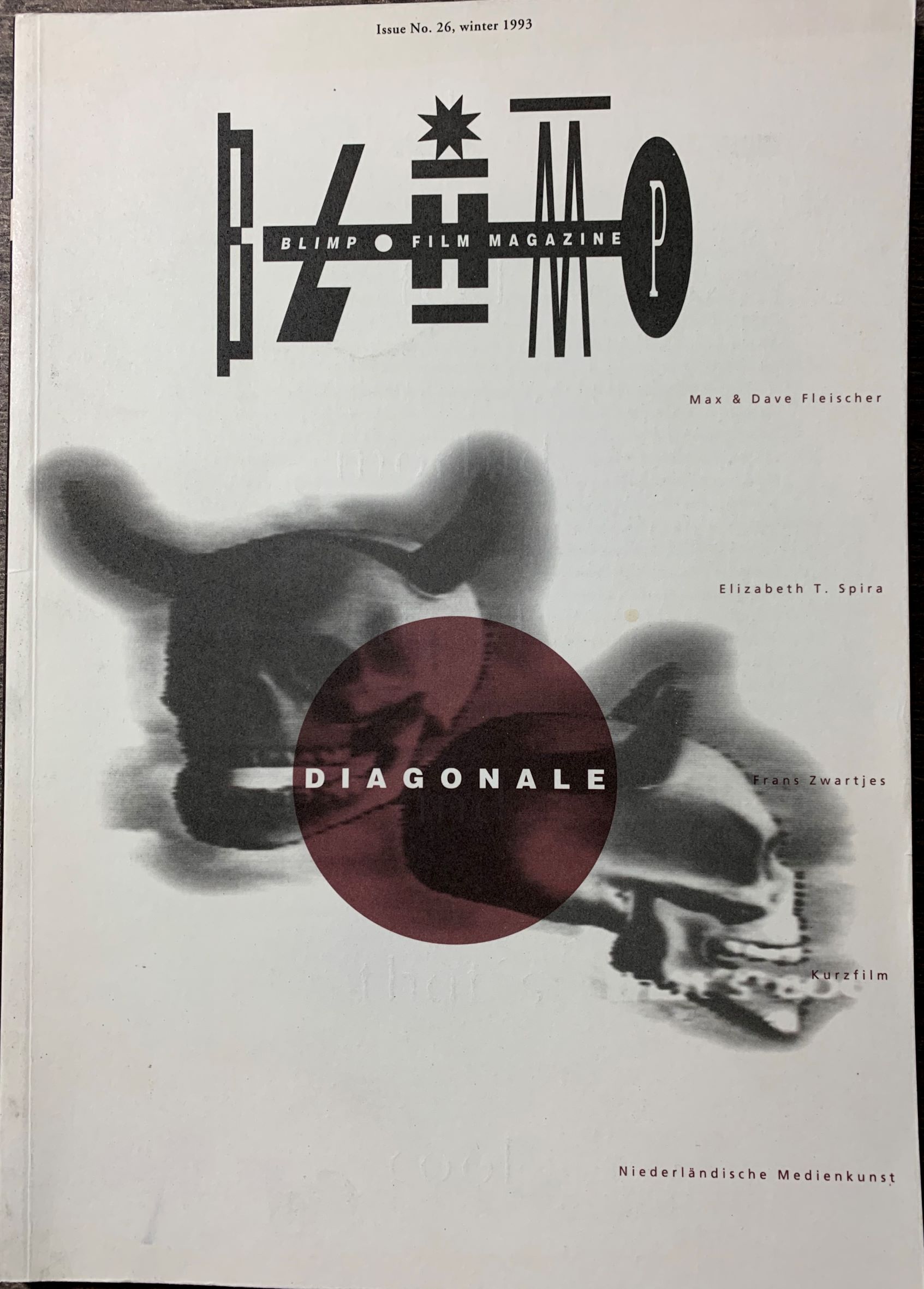 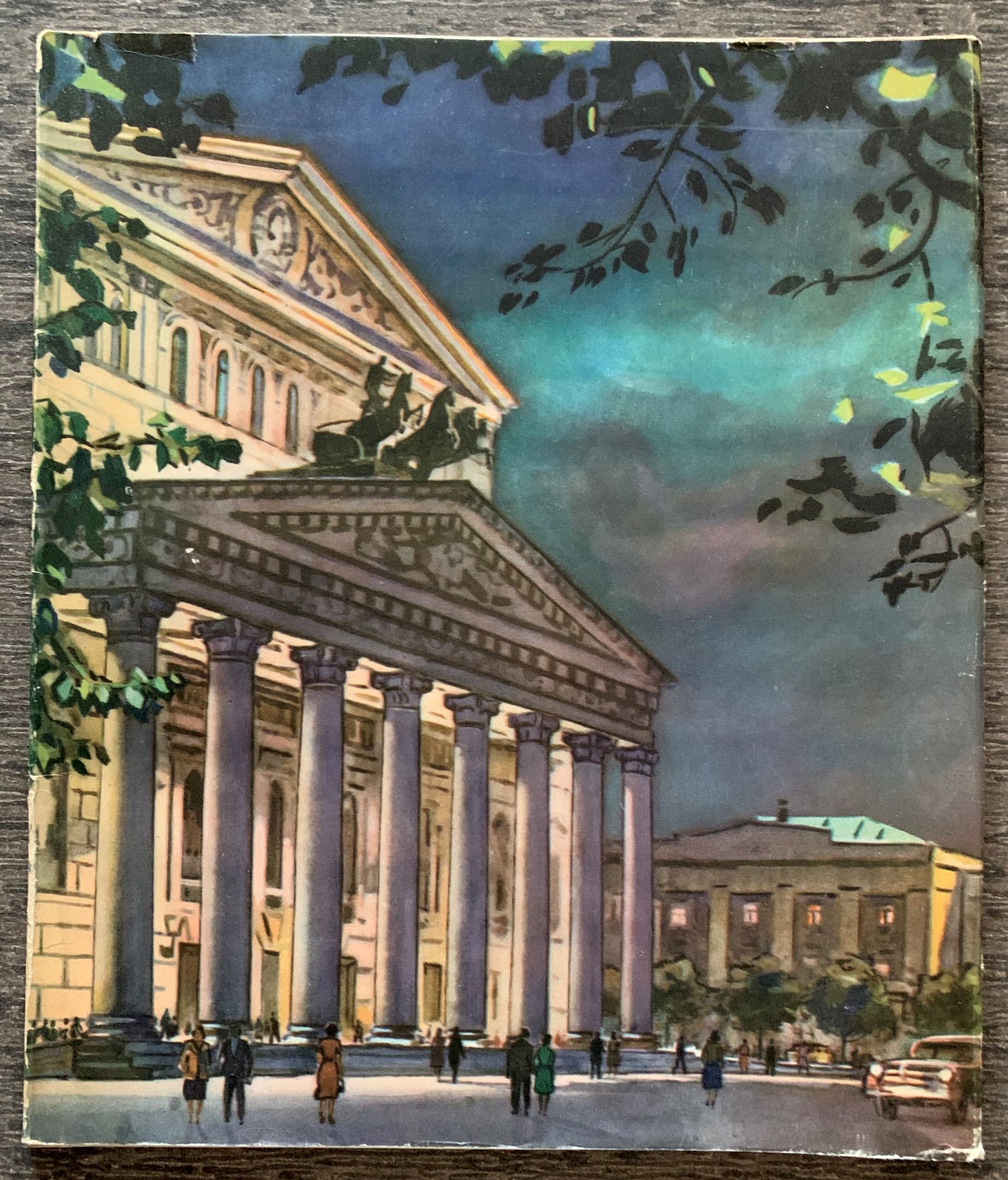 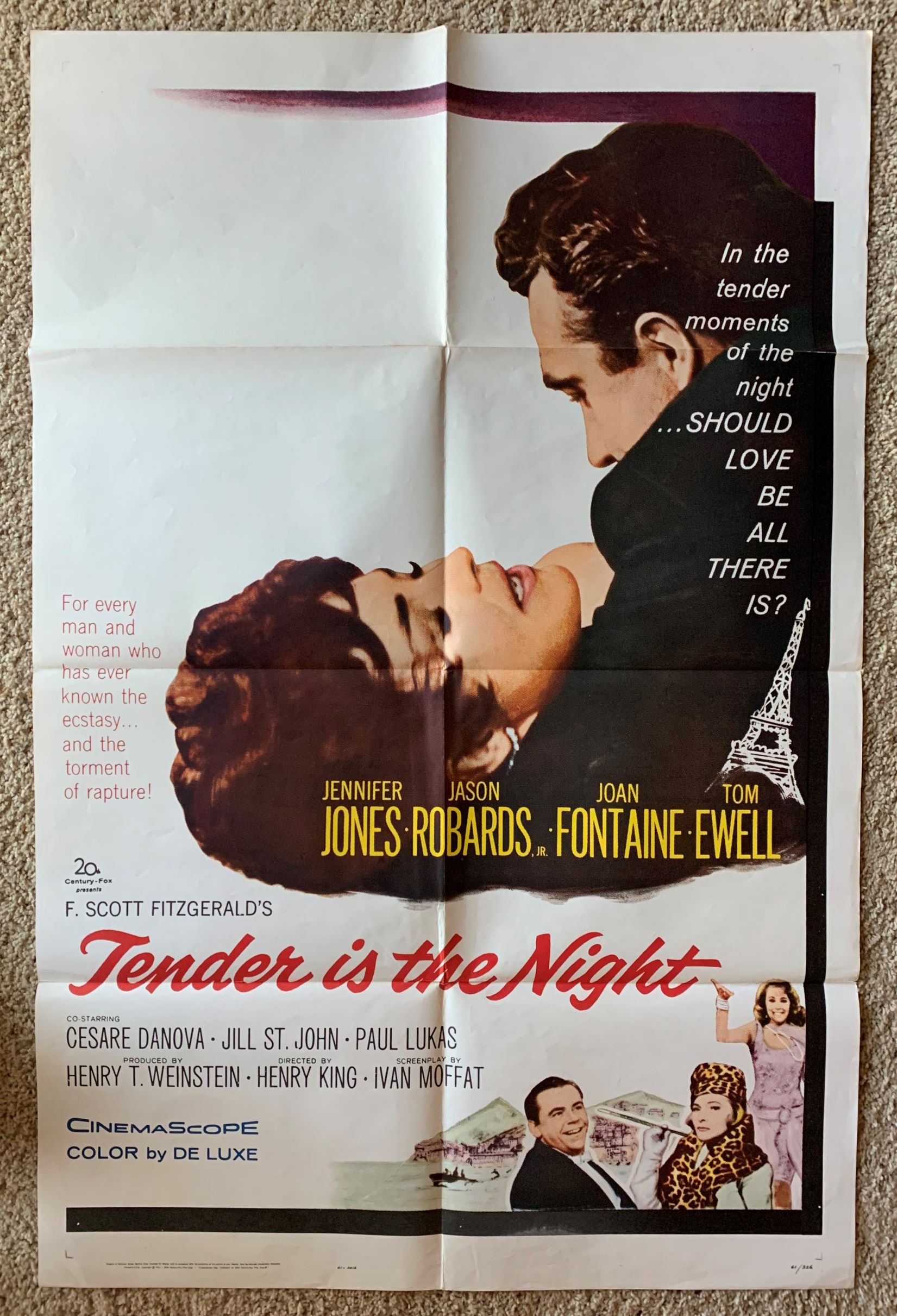 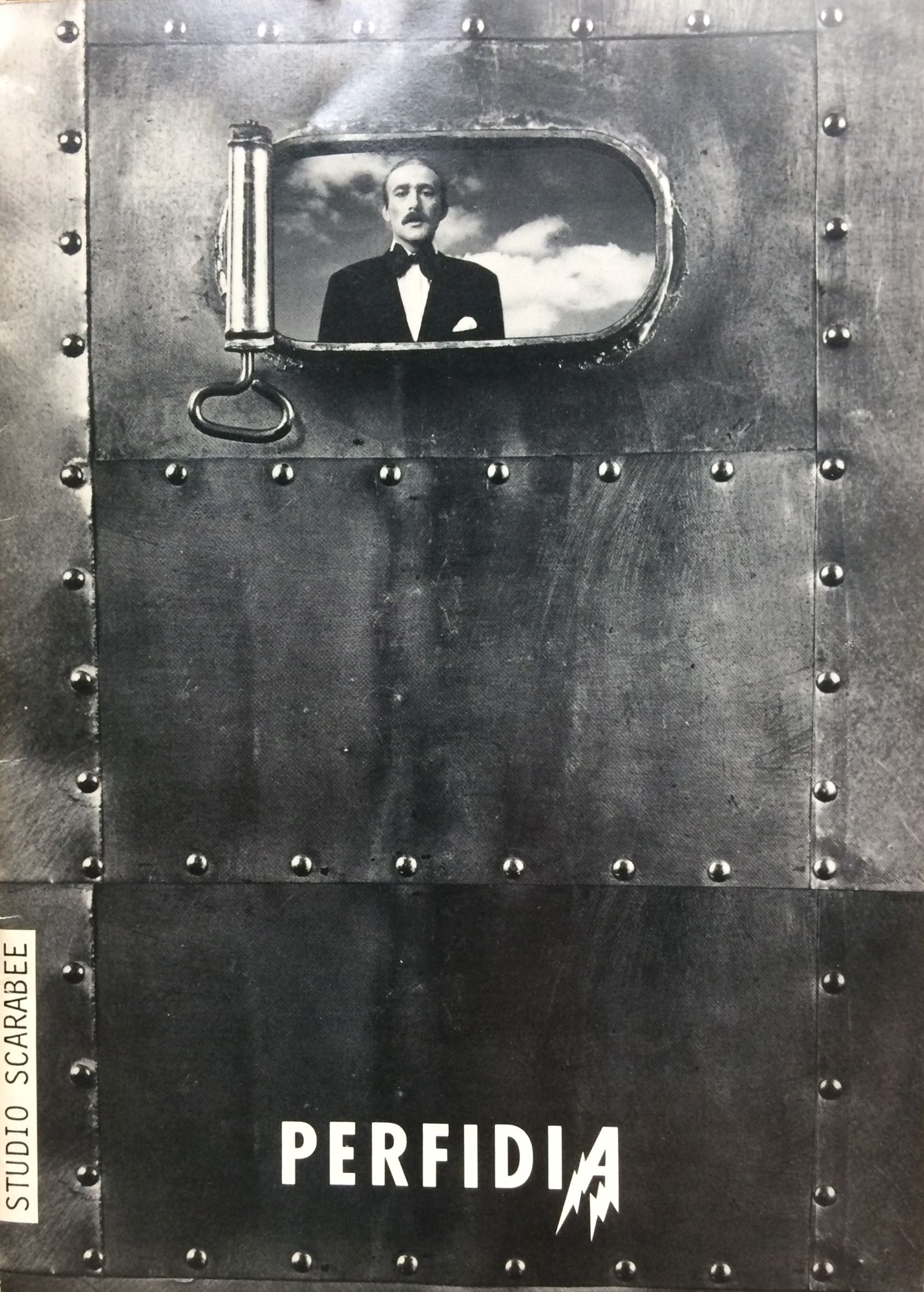 36 pp.; 4to; photo-illustrated, stapled gray & white wrappers; black & white photographs; illustrations, drawings; text primarily in Dutch, some English. Only records are two copies listed in WorldCat, both in the Netherlands. Laid in is a newsletter for the Magic Theatre, in San Francisco announcing a two week performance of Perfidia, with descriptive text. Also laid in, a one page mimeograph "English translations, Studio Scarabee's Perfidia" which translates the 3 pages of Dutch text. Light soil to white back panel.Studio Scarabee was a Dutch experimental theatre group origin... View more info 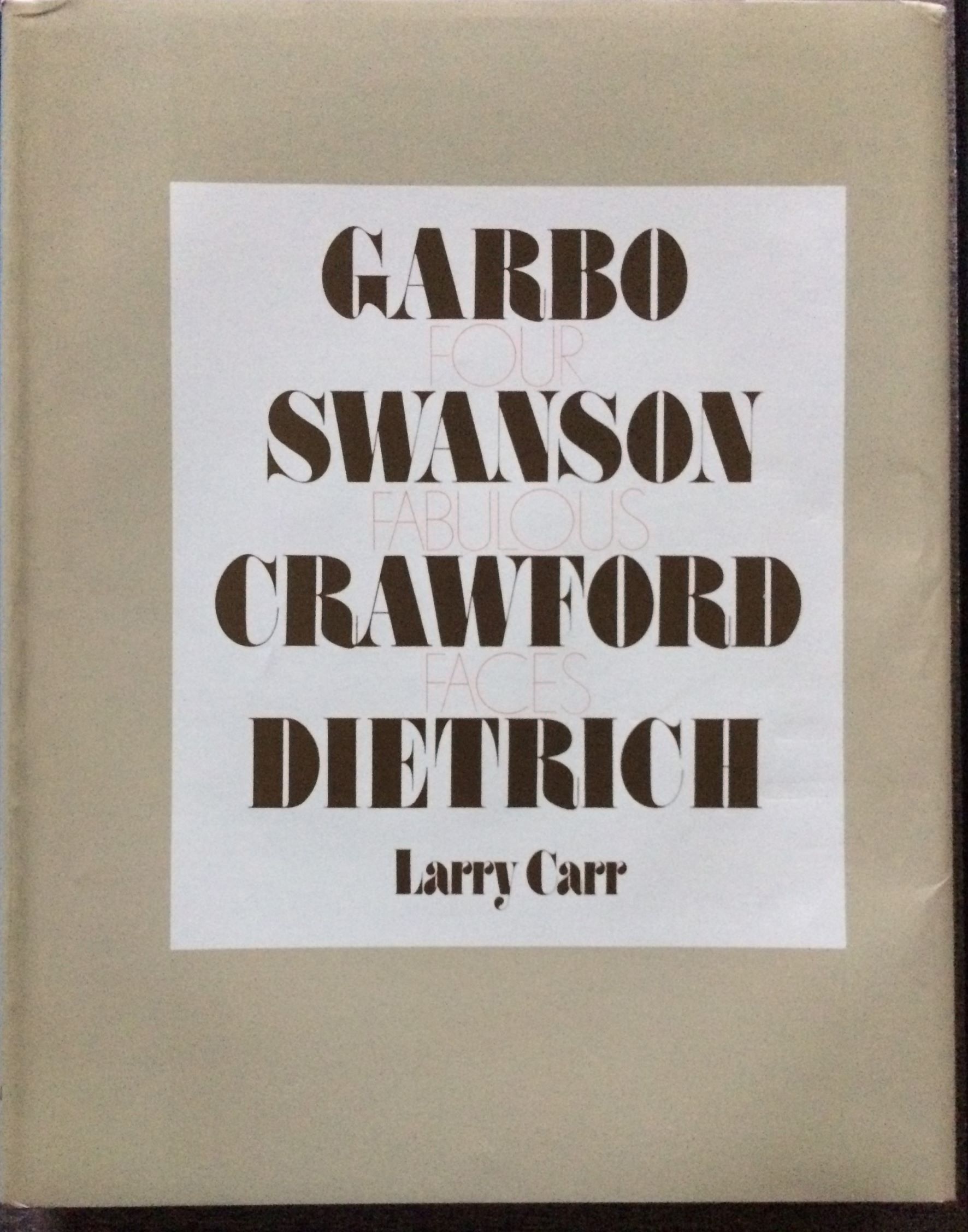 492 pp.; folio; red cloth lettered in gilt, dust jacket, in fine slipcase."This is the most sumptuous film book ever published. Illustrated with over one thousand rare photos - many never before in print - and a sixteen page color section of priceless old movie magazines, Four Fabulous Faces is a lavish testimonial to the ageless beauty of four extraordinary actresses: Gloria Swanson, Greta Garbo, Joan Crawford, and Marlene Dietrich. It documents the dazzling evolution of these four women from pretty but unexciting starlets into great beauties . . . Rare biographical material, know... View more info 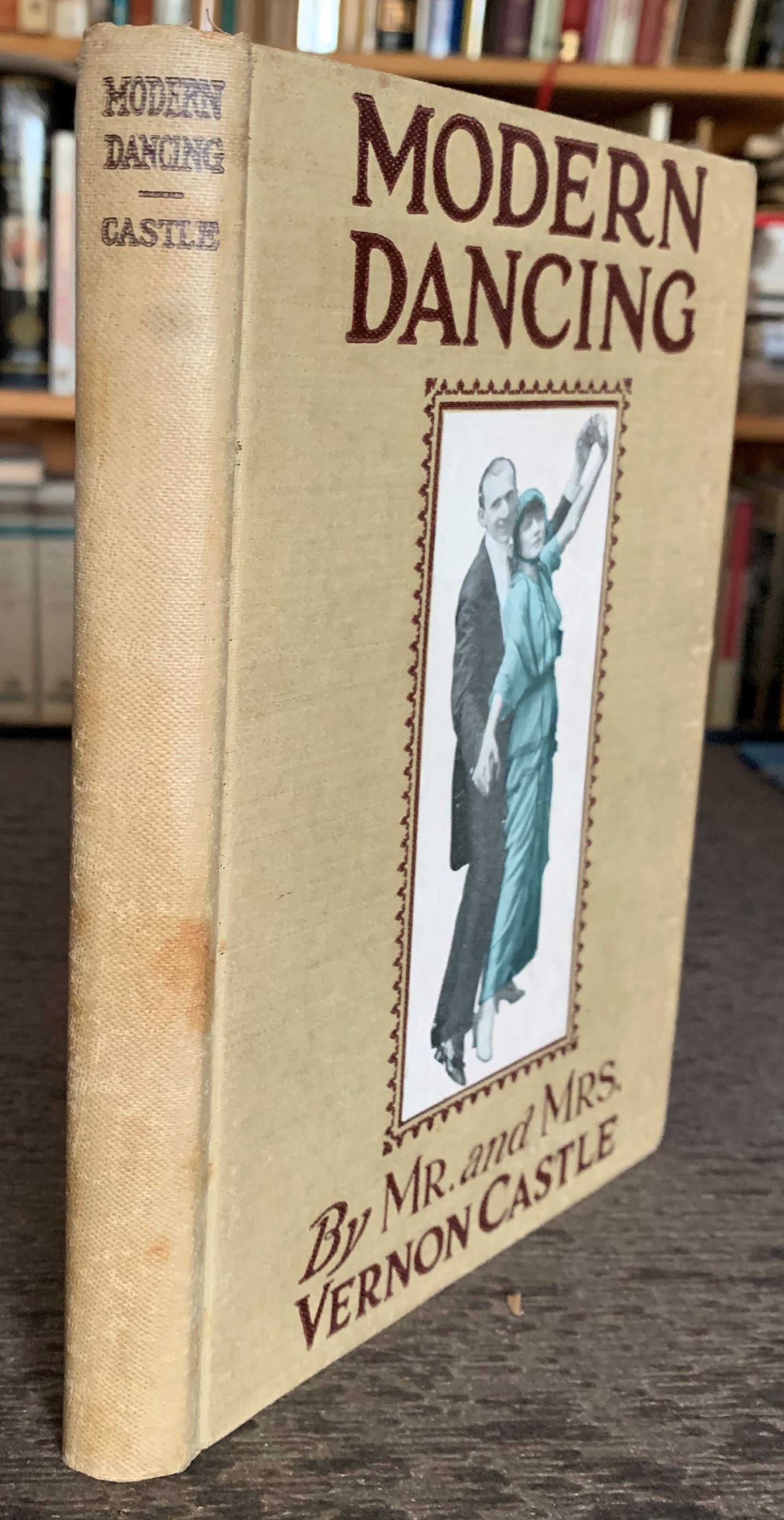 Modern Dancing. With many illustrations from photographs and moving pictures of the newest dances for which the authors posed. Introduction by Elisabeth Marbury. 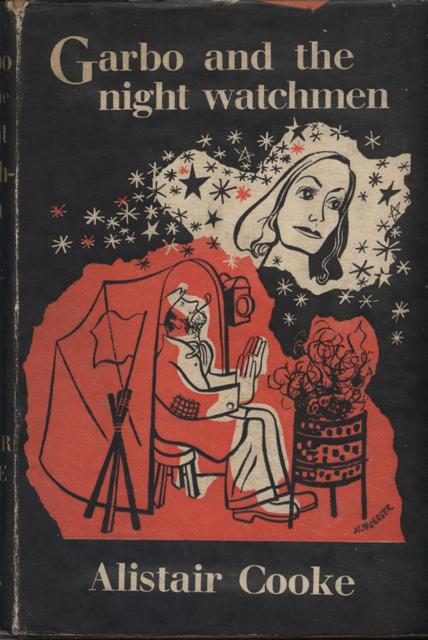 Garbo and the Night Watchmen. A Selection from the writings of British and American Film Critics.

351 pp.; cloth in pictorial dust jacket. Front of jacket very presentable but back panel bore the brunt and is soiled, creased and torn at top edges, corners. View more info 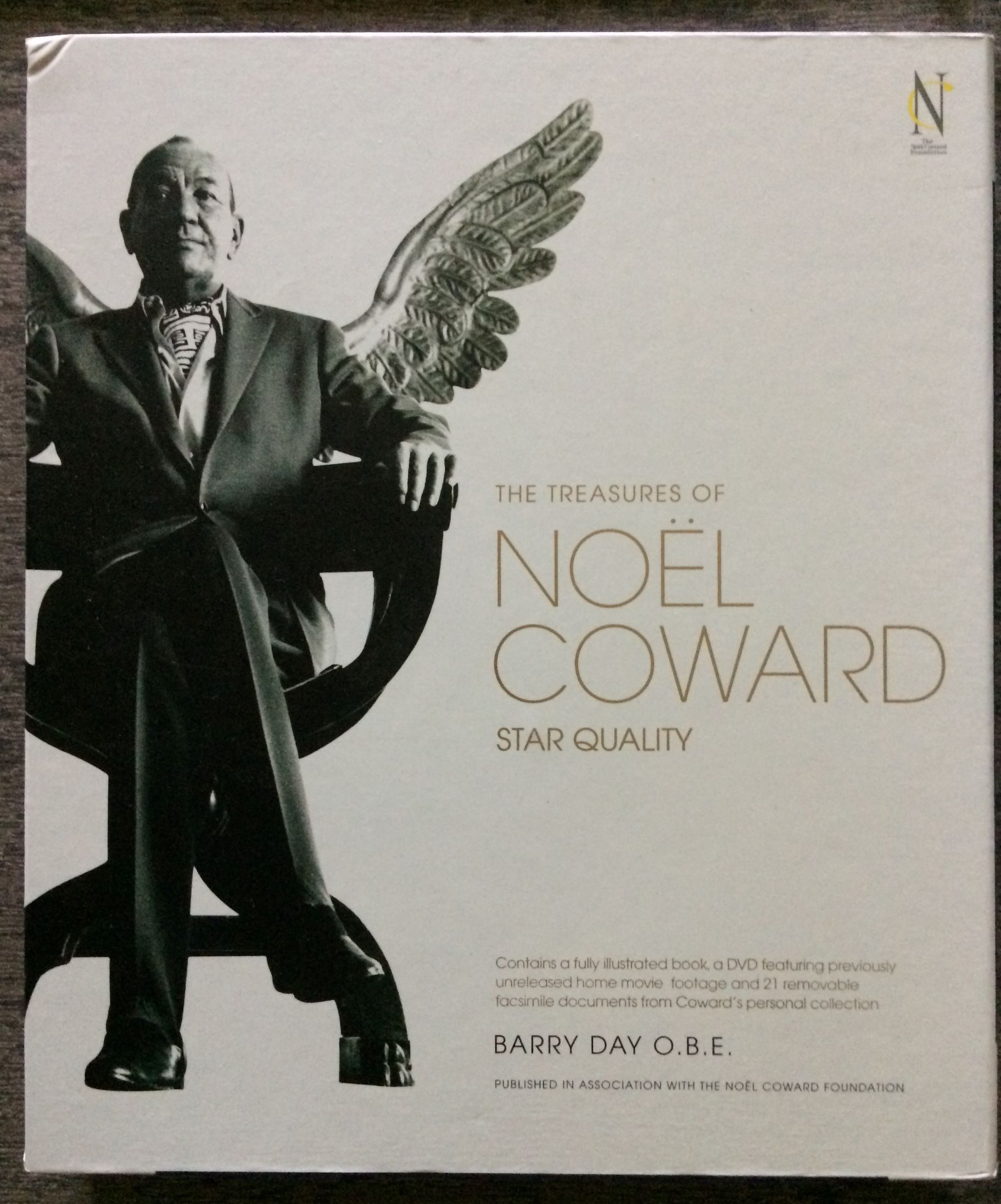 Dreyer in Double Reflection. Translation of Carls Th. Dreyer's writings, About the Film (Om Filmen). Edited and with Essays and Annotations by Donald Skoller.

(Two Titles) Jean Renoir; together with A Mirror for England, British Movies from Austerity to Infulence.

Condition: Fine in near fine jackets

8vo; white & black wrappers; photo-stills from the 1962 production of the play by Hildegard Steinmetz throughout. Introduction in English, the rest of the text in German, with a German - English vocabulary at the end. View more info

The Russian Theatre: Its Character and History with Especial Reference to the Revolutionary Period. Translated by Paul England.

By: FULOP-MILLER, RENE, AND JOSEPH GREGOR.

No. 1259 of 3000 copies. 195 pp., white self-wrappers with cover design by Giacometti. Moderate tanning to spine and cover edges. In glassine wrap which shows some toning at edges, chips to spine. Text in French. View more info

Condition: Near Fine condition in Near Fine jacket, in Mylar Wrap

220 pp.; 8vo; red cloth in dust jacket. A few spots of light foxing to foredge of prelims and the last 10 pages, with a touch on the edge of rear jacket flap, else a crisp copy. View more info 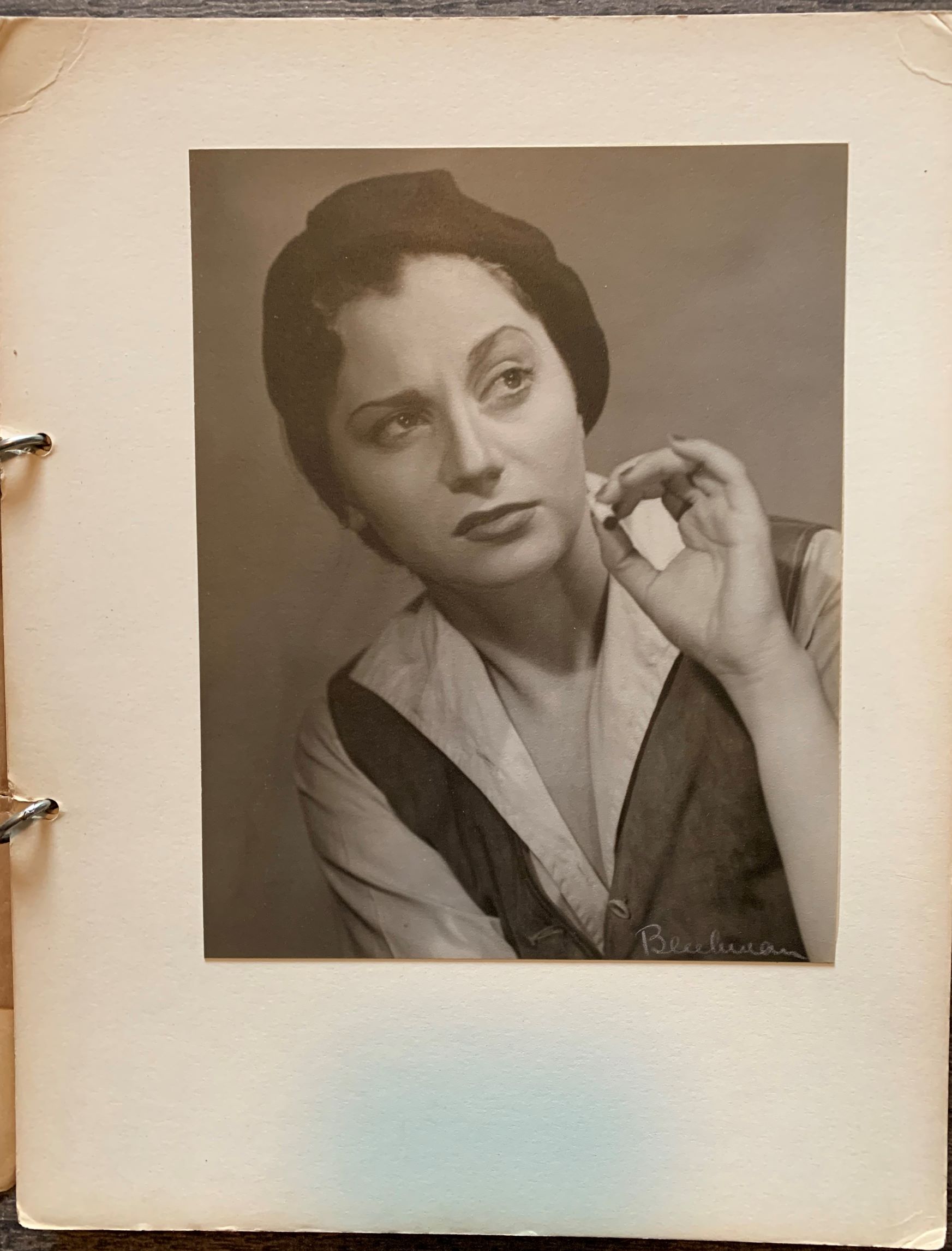 By: Kashman, Betty; a.k.a. Betty Cashman.

13 pieces of 14" x 11" chip board; bound with metal rings through two hole punch; forming front and back covers, 9 boards with 9.25" x 7.5" high quality portraits laid down on one side. Prints all have photographer's signature last name lower left front corner - appears to be Beulman. After the first two portraits, 2 boards of lighter thickness, were glued together at one time with holograph name and address on one side: BETTY KASHMAN 2200 MORRIS AVE; BRONX N.Y.C; TEL: SEDGWICK 3.5882, and the word 'Over' to indicate verso which has reproductions of ads and periodical reviews... View more info 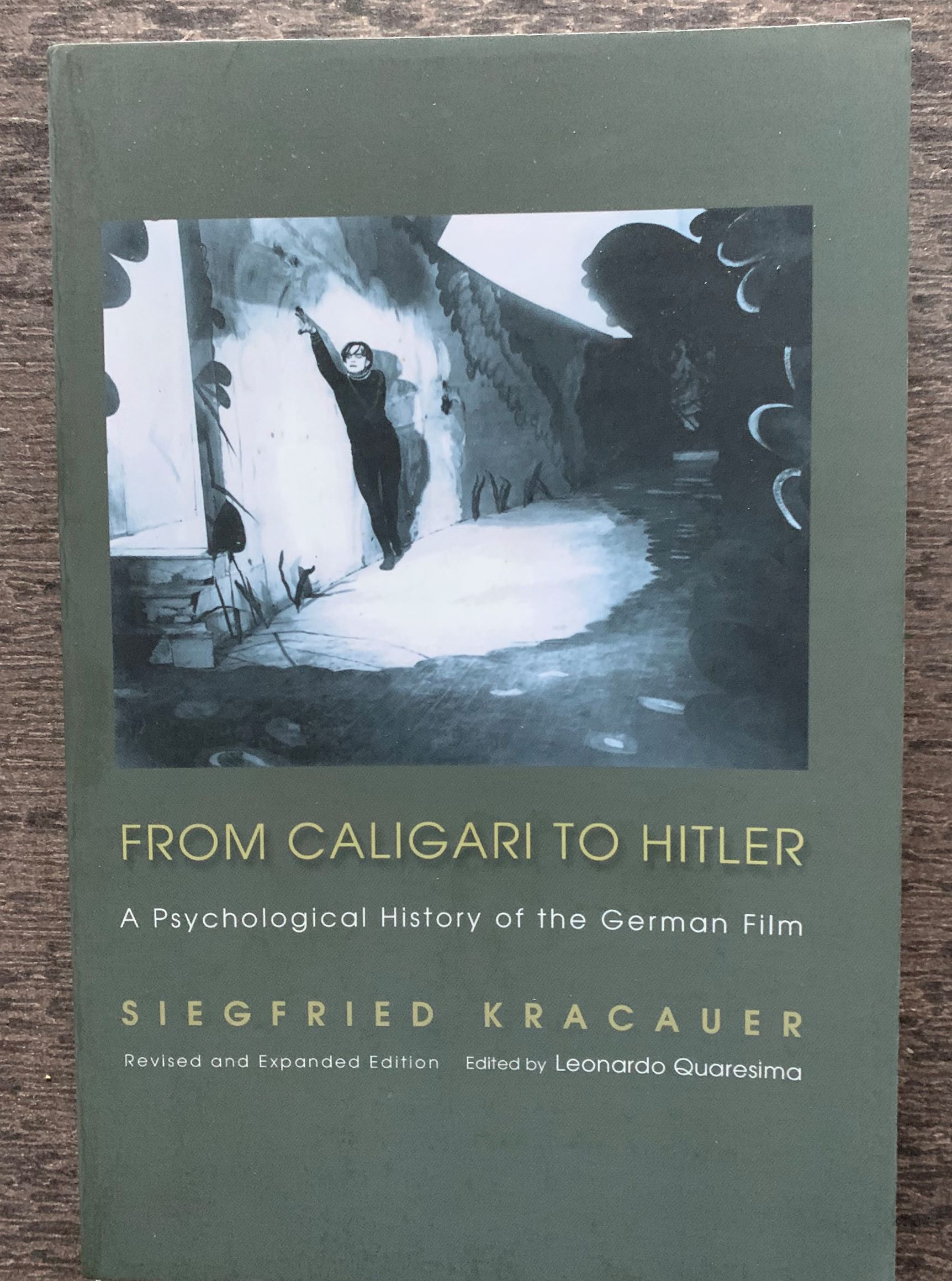 From Caligari to Hitler, A Psychological History of the German Film.